Home Guides Can I eat that? A rough guide to Aussie bush tucker
Guides 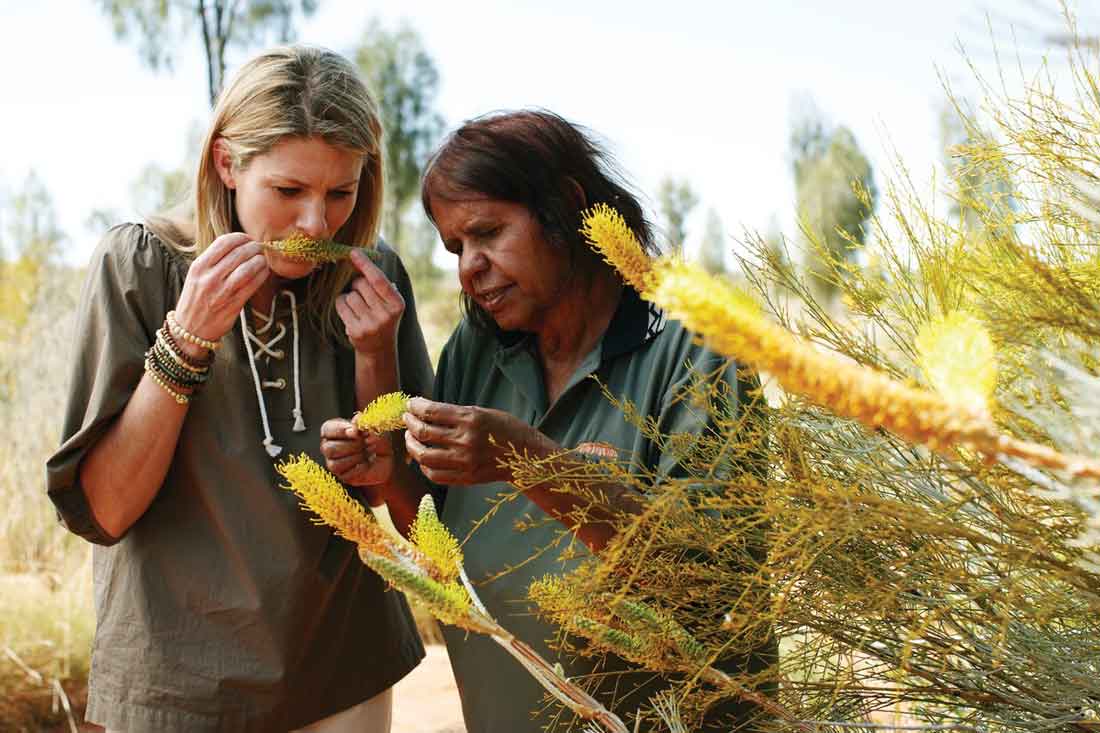 If you’ve ever stepped foot in an Outback Steakhouse you might think Australia’s native cuisine consists of a slab of beef with prawns on top. In fact, Aboriginal Australians have spent more than 60,000 years learning to live off the land (long before cows arrived). Keep your eyes peeled for this tasty bush tucker and you’ll never need to open another can of baked beans again. 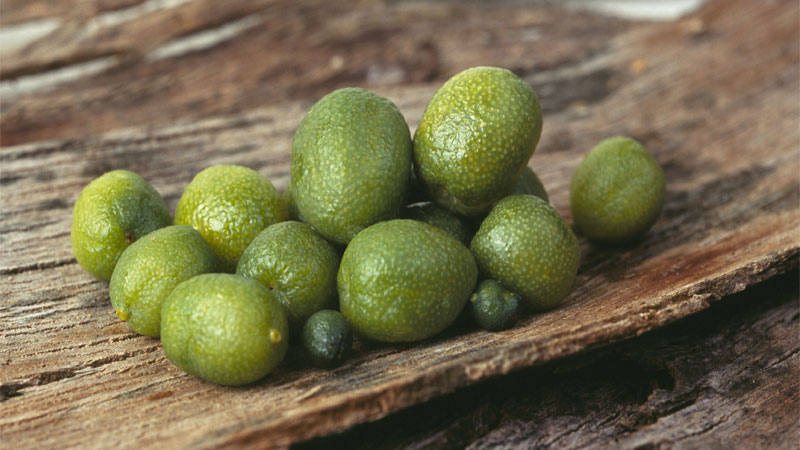 These little beauties are about the size of a grape and bursting with an intense lime flavour. They’re like supermarket limes on steroids. There’s no peel, so you can just cut them in half and plonk one straight into your cocktail, or squeeze one into your water bottle for a fancy bush cordial. They’re packing about three times as much vitamin C as oranges so keep an eye out for their thorny shrub if you start feeling sniffly.

Dark purple and about the size of a pea, these little berries pack quite a punch. They’re like the Miley Cyrus of the bush tucker world – they start off sweet then turn super hardcore and intense. Grind them up for an unbeatable steak seasoning, or mix with breadcrumbs to make a herb stuffing for your fish. The leaves are also edible and can be used a bit like a curry leaf in your camp casseroles. 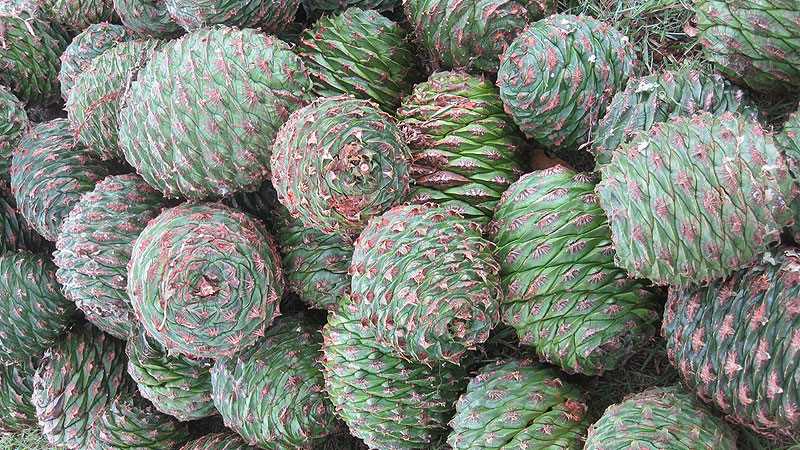 First off, don’t stand under a bunya tree when it’s fruiting. The cones can grow as big as soccer balls, are covered in spikes and can weigh up to 10 kilograms. So it’s best to grab cones that have already fallen to the ground. You’ll need an axe to crack them open, and inside you’ll find up to 100 delicious nuts. They’re really versatile and have the taste and texture of a nutty potato or chestnut. Grind up and make your own pesto, mix through some honey and spread on toast or whip up a creamy satay sauce over the campfire. After boiling you can even use the water to make a tasty tea. 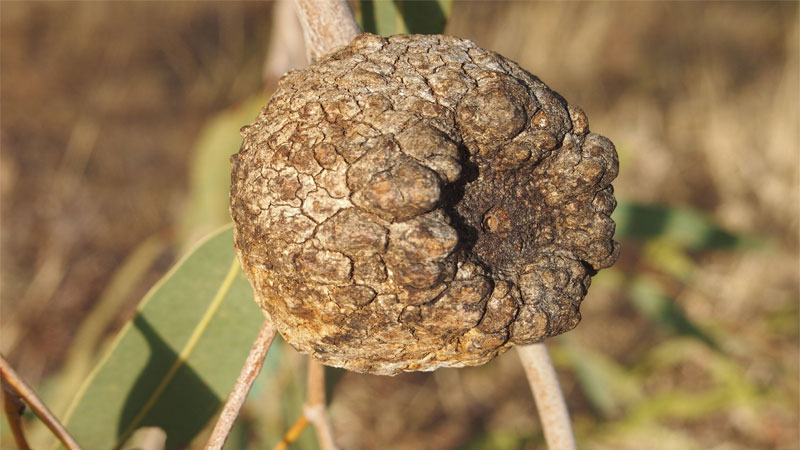 High up on these trees you’ll find tasty bush coconuts just waiting to be devoured. But they’re not just any old coconuts – they come complete with an edible grub inside. Two meals for the price of one! The female Cystococcus pomiformis (or “Grub” for short) attaches itself to the tree and grows a “gall” around herself. This gall is the coconut, and if you crack it open you’ll find a delicious fleshy hull that tastes as good as any coconut you’ll find in the Caribbean. The little grub inside also tastes really sweet, thanks to a lifetime of snacking on the walls of her house (see main image for interior shot).

Fancy name: Corymbia opaca
Found in: Desert regions of the Northern Territory, Western Australia and South Australia.
Fun fact: Only female grubs are found inside the coconuts. They mate with an unknown male through a tiny air hole, never meeting face-to-face. 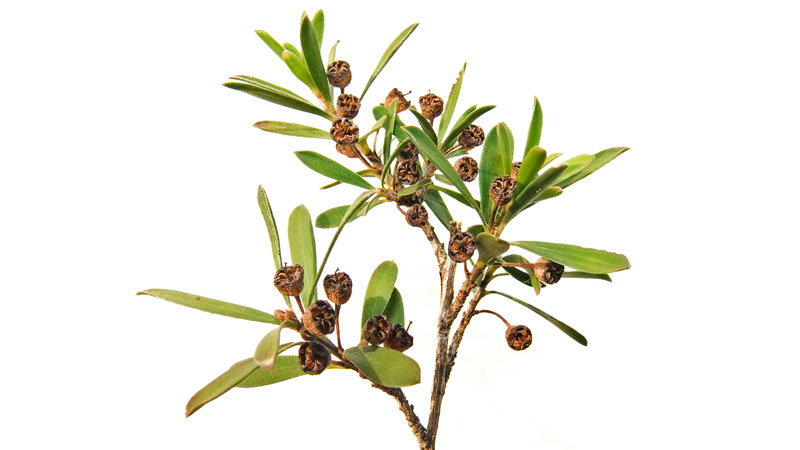 There’s nothing better than a glass of wine as the sun goes down over camp. Whip up a cheese plate with a few muntries on the side and you’ve got yourself a happy hour. These little berries taste a bit like a spicy apple, and can be used in both savoury and sweet dishes. The Narrindjeri people of the Coorong in the south-east of South Australia were big fans, and used to trade muntries with other tribes. They’d eat them fresh or pound them into a paste, which was dried and stored over the winter months. With up to four times more antioxidants than blueberries, you can chuck them into a fruit salad, sprinkle them onto your dessert, bake them into your pie or just munch on them like sultanas.

Fancy name: Kunzea pomifera
Found in: Southern coast of Australia.
Fun fact: Muntries were one of the first species of Australian plants introduced in England, and have been grown there since 1889.

NB. Obviously, you shouldn’t go around popping stuff into your mouth willy-nilly. You need to ask an expert to make sure it’s not poisonous and free from pesticides first.