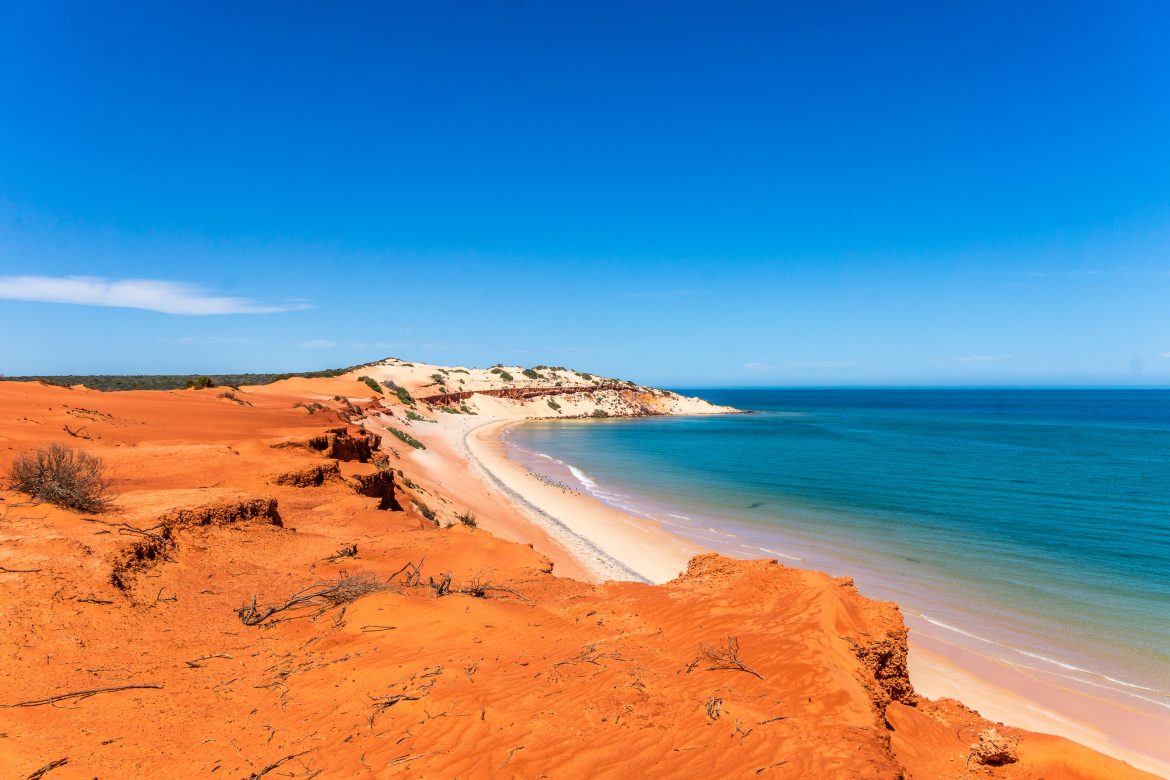 Engulfing the entire western third of the nation is Western Australia, Australia’s largest state. Famous for its contrasting landscapes of pristine turquoise waters, bright white beaches and epic stretches of red desert, one thing is certain about WA – it is without a doubt a beautiful part of Australia with a lot to offer the avid explorer.

In a state so large and vast, it can be hard to know where to begin your adventure of the wild west. The good news is, even if you don’t have much time up your sleeve, you can cover some pretty amazing WA spots and sights in as little as ten days. The bad news? You’ll leave feeling like there’s still so much more of the west to be explored. 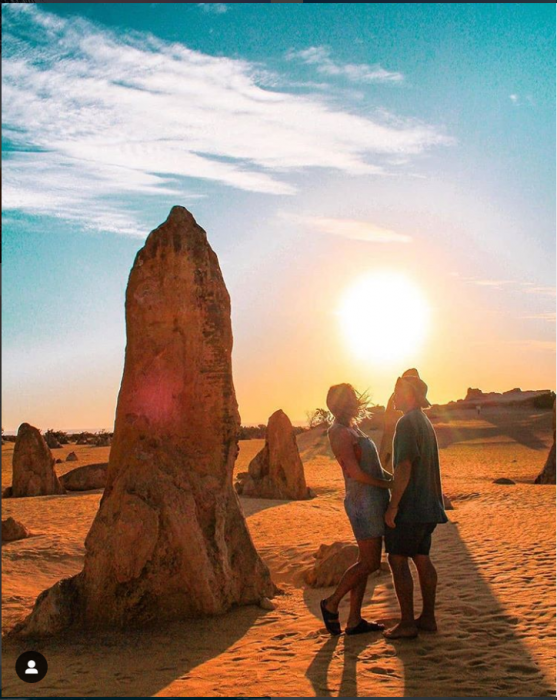 The Pinnacles. Photo by @australiacoralcoast

You can easily find these sublime formations from Perth, following the Indian Ocean Drive and heading into the Nambung National Park. The Pinnacles are natural limestone structures, scattered across the sand dunes, some standing as tall as four metres. Like many beauties in the state, nature came up with these spire-like creations thousands of years ago, 25,000 to 30,000 to be somewhat exact. These ancient rock sculptures must be pretty astounding because they attract around 653,000 visitors each year. Add yourself to that statistic, they really are an impressive sight and natural feat to behold.

DISCOVER THE WEST COAST OF AUSTRALIA WITH ADVENTURE TOURS AUSTRALIA

There are only a few places in the world that feature this kind of sandless, shell-composed beach, and WA has one of the most beautiful. Aptly named, Shell Beach is precisely what it purports to be; a beach formed from billions of tiny shells. These white shells amass an impressive area, covering the beach up to 10 metres deep and stretching for over 70 kilometres. You can find Shell Beach in the Shark Bay World Heritage Area and if you visit, we recommend swimming. The water is hypersaline (high concentrations of salt), so you will float with ease, not dissimilar to the experience of swimming in the Dead Sea.

RELATED: NINGALOO REEF: THE BEST SNORKELLING IN AUSTRALIA (OUTSIDE OF THE GREAT BARRIER REEF) 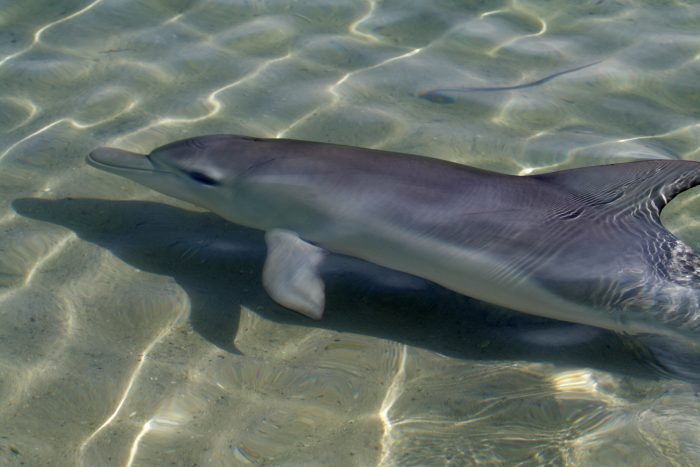 Monkey Mia is famously known as one of Australia’s best wild dolphin experiences, with Indo-Pacific bottlenose dolphins frequenting the crystalline shallows for over 50 years. Known for their playful approach to people lined in the shallows, there are strict guidelines for visitors who wish to feed the dolphins to ensure they still hunt and behave naturally. Nonetheless, a visit to Monkey Mia guarantees a close and personal encounter in a picturesque WA setting. 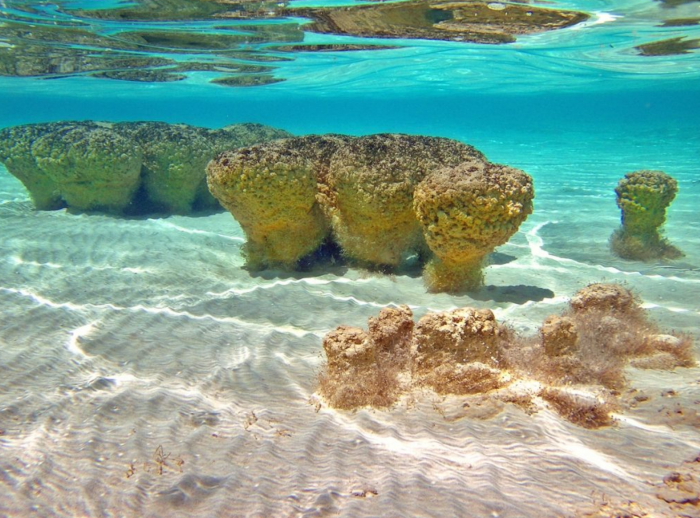 ‘What on earth are stromatolites?!’ is probably the first thing you’ll be wondering when you hear about this WA attraction. Stromatolites, a Greek word meaning ‘layered rock’, are microbial reefs formed by sediment trapping and binding and/or the activities of microbial communities. They’re also described as ‘living fossils’, the earliest record of life on earth, and the stromatolites at Hamelin Bay are only found in one other place in the world – the Bahamas. 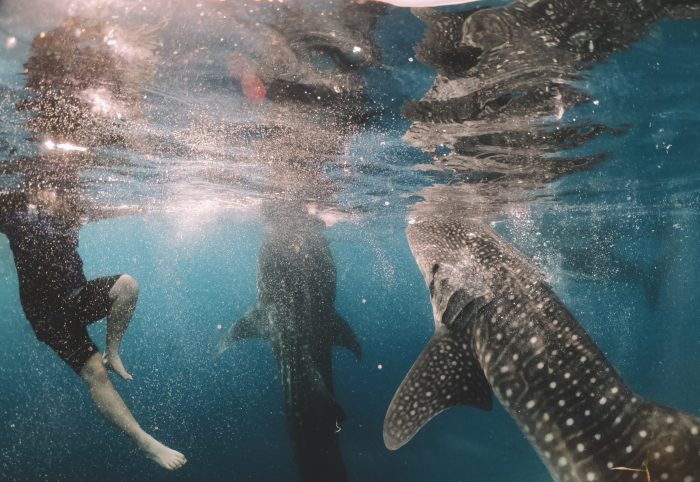 Outshone by Queensland’s famous Great Barrier Reef for too long, Ningaloo Reef is slowly working its way into the hearts and minds of travellers from near and far. Why? Because it is spectacular for starters, and because this is one of the only places in the world you can swim with whale sharks. Stretching some 300 kilometres and running close to the shoreline, this underwater paradise is one of the most biologically diverse marine environments on the planet and is absolutely adored by keen snorkellers.

RELATED: EVERYTHING YOU NEED TO KNOW ABOUT SWIMMING WITH WHALE SHARKS IN AUSTRALIA 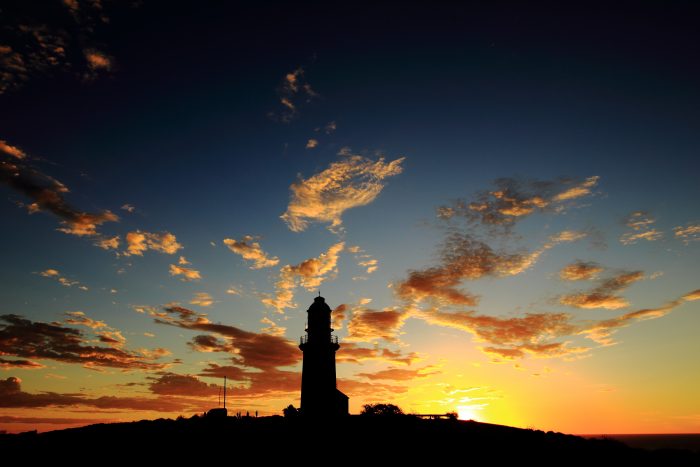 Once you’ve enjoyed the Coral Coast from below the surface, you’ll want a higher vantage point to take in this beautiful region. From Vlamingh Head Lighthouse, you can see Ningaloo Reef from above, spot migrating humpback whales depending on the time of year and most importantly, witness the famous Western Australian sunset. In fact, don’t just witness it set, witness it rise too. Vlamingh Head Lighthouse is one of the few places in Australia you can watch the sunrise and sunset. 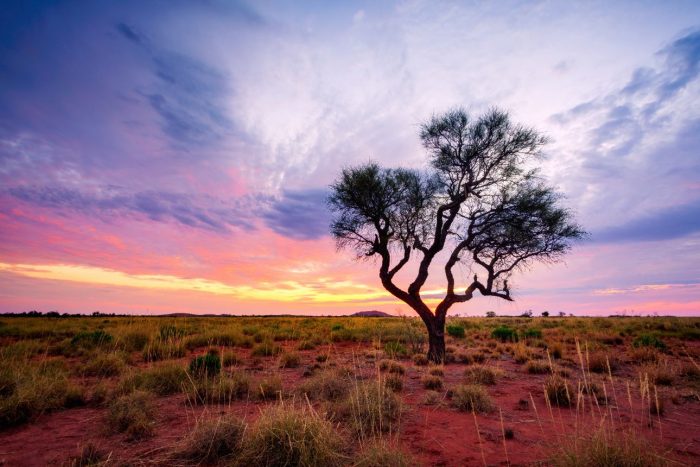 Sparsely populated and doubling the United Kingdom in size, the Pilbara invokes visions of the “real” Australia in the minds of many visitors to the country. Vast stretches of red desert road, deep rocky canyons and pristine white beaches along the coast, Pilbara is classic WA landscape. Inland, you can discover remote outback towns, like Tom Price and Marble Bar, and one of the state’s most serene national parks, Karijini. 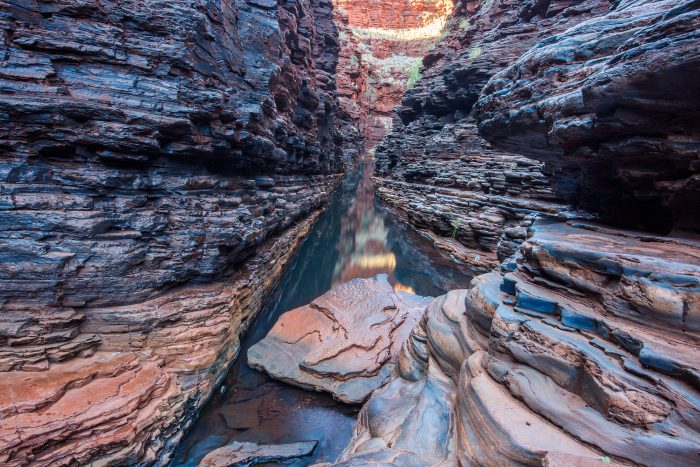 Gorges galore, Karinijini National Park is one of WA’s most magical spots to visit if you find yourself around the Pilbara region. This incredible landscape has been carved out over two billion years, leaving a trail of natural history for travellers to explore, including some of the oldest rocks on the planet. There are freshwater pools in the gorges too, the best of which is the swimming hole at Fortescue Falls, the spring-fed Fern Pool and the heart-shaped “spa pool” at Hamersley Gorge.

RELATED: 5 THINGS YOU NEED TO SEE IN KARIJINI NATIONAL PARK 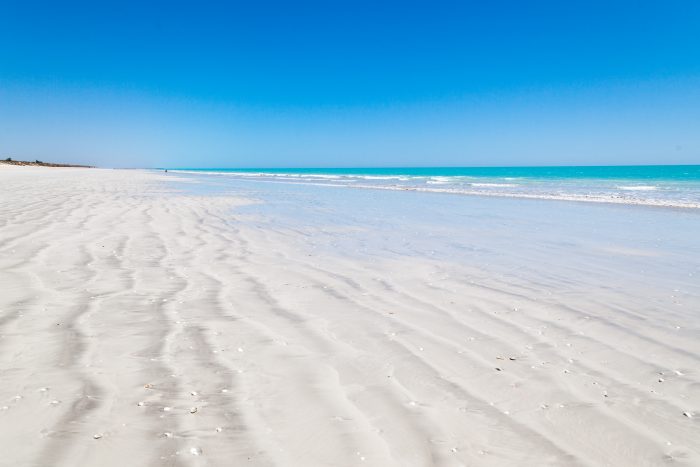 Halfway between Broome and Port Hedland, Eighty Mile Beach is postcard WA scenery. The longest uninterrupted beach in the state, stretches of blindingly white sand and clear, turquoise water make for magnificent memories, as do sunsets over the Indian Ocean from here. The Eighty Mile Marine Park is also an absolute haven for Australian marine life. It’s a protected habitat for three species of sawfish; the dwarf, largetooth and green, an important turtle nesting site, and a place where dugongs, dolphins and migratory birds flock each year. 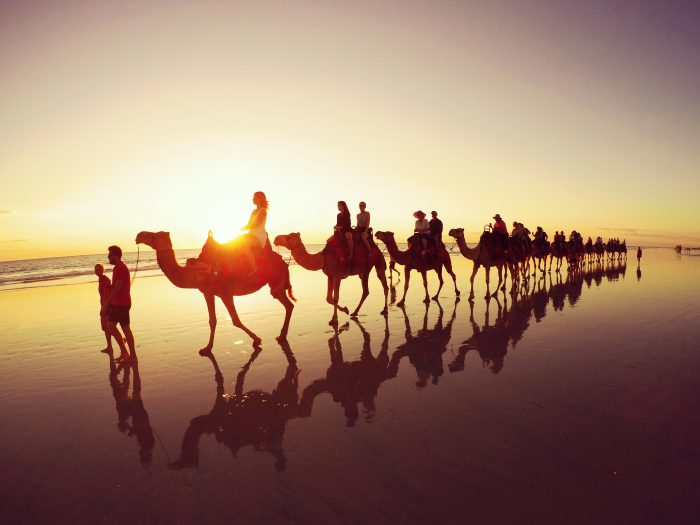 RELATED: HAVE YOU HEARD ABOUT ESPERANCE AND THE SOUTHWEST LOOP? HERE’S WHY YOU NEED TO VISIT

Hard to believe, but you can tick every one of these spots and sights off your WA list in only ten days. National Parks, the Coral Coast, wildlife you won’t see anywhere else and stunning scenery you’ll be dreaming about for years to come. But that’s only the start of the journey. In Western Australia, you can cross ten off but you’ll only be adding ten more.

You can travel from Perth to Broome and see all these sights in 10 days on an Adventure Tours Australia trip. View the full itinerary right here.