This article previously appeared on The Journal.

So often overlooked, Perth is better known for being the gateway to Western Australia’s natural wonders than it is for being a destination in its own right. But in actual fact, Perth’s a pretty special place. It’s the sunniest capital in Australia and one of the most remote cities on the planet.

You could easily spend a week or two moseying around its independent coffee shops and swimming until your heart’s content. However, if you’re limited on time, these eight must-dos make for an excellent starting point…

1. Meet the quokkas on Rottnest Island Say hi to these little guys on your travels. Photo by Kompasskind.de/Shutterstock.

Described by some as the “happiest animals on Earth”, these little marsupials are undeniably cute. Found exclusively in Western Australia, Rottnest Island boasts an impressive population of around 12,000 quokkas, making it the perfect place for a close encounter. Plus, at just 19 kilometres from the mainland, it’s easily reached by a short ferry ride. After meeting the furry residents, enjoy cycling around, snorkelling at the reefs or catching rock lobsters in one of the island’s many secluded bays.

GO NOW: MAKE YOUR WAY TO BROOME ON THIS PERTH TO BROOME OVERLAND TRIP

2. Indulge in a picnic at Kings Park 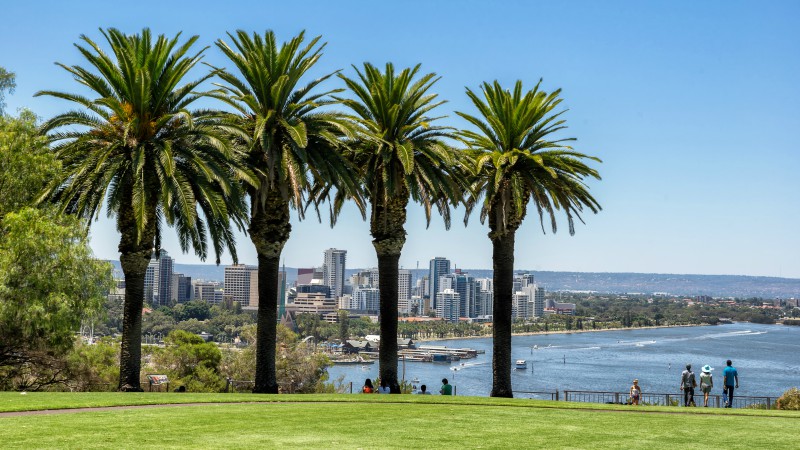 With views like this, how could you resist a picnic? Photo by Gordon Bell/Shutterstock.

Close to the central business district, Kings Park offers up over four-square-kilometres of native bushland, perfectly manicured botanical gardens and open grassy spaces. It also boasts some of the best views of Perth and its surroundings. Climb the DNA Tower for spectacular sights as far as Rottnest Island. Or, take to the 620 metre walkway through the eucalyptus canopy to see the glorious city skyline. Before settling down for a bite al fresco, among some 3,000 species of Western Australian flora. 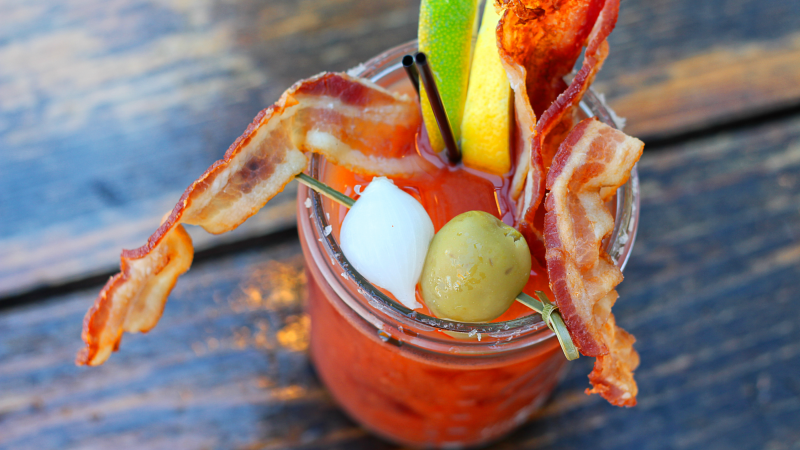 Might look strange, but tastes pretty good. Photo by The Drunken Tomato/Shutterstock.

Seemingly following in Melbourne’s footsteps, rooftop bars and hidden laneway watering holes have started cropping up all over Perth in recent years. From Bloody Marys at the Mechanics Institute to world whiskies at Varnish on King, it’s these quirky new venues that are fast becoming the cultural backdrop of the city. If you’ve got an evening spare, why not head to Northbridge Rooftop Movies? You’ll love taking in the amazing 360-degree views before kicking back on a beanbag to catch a film.

4. Take a dip at Cottesloe Beach 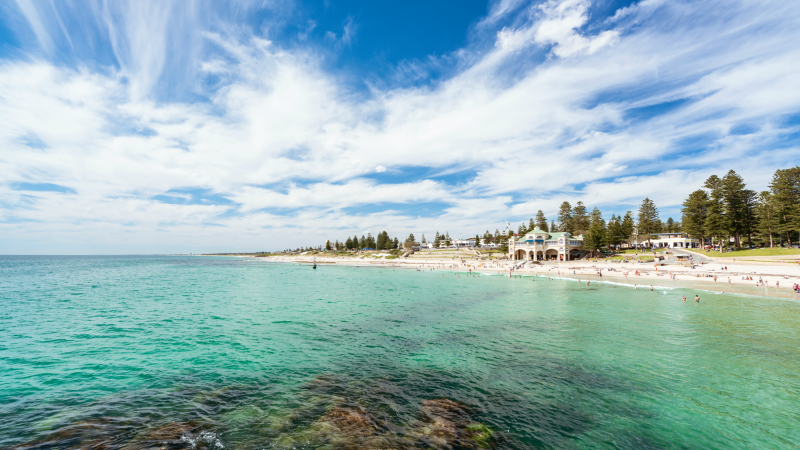 Want to go for a swim? Photo by bmphotographer/Shutterstock.

A 30-minute drive from the city centre, this pristine white sand beach has been the favourite local seaside spot for generations. Whether you want to float about in the bright blue waters, snorkel amongst shoals of silvery fish or give paddle boarding a go – you can do it all at Cottesloe. Not much of a water baby? No worries. It’s worth coming here to experience the laidback vibes and beautiful coastal vistas alone. Grab a seat at a beachside bar and watch the sun setting over the Indian Ocean.

5. Step back in time in historic Fremantle In Fremantle, there’s always something to see. Photo by beeboys/Shutterstock.

Once a British penal colony, Fremantle is now a vibrant port city attracting creatives from all over Australia. Despite its quirky new boutiques and artisanal food spots, Fremantle’s fascinating history is still hugely important. Head to UNESCO world heritage-listed Fremantle Prison to discover what life was like for the inmates incarcerated there. Or, if you’re in town on Friday, Saturday or Sunday make your way to the markets. Built in 1897, you’ll find everything here from indigenous art to fashion.

SUBSCRIBE TO OUR NEWSLETTER FOR ALL THE LATEST NEWS, OFFERS AND COMPETITIONS

6. Stroll the banks of the Swan River 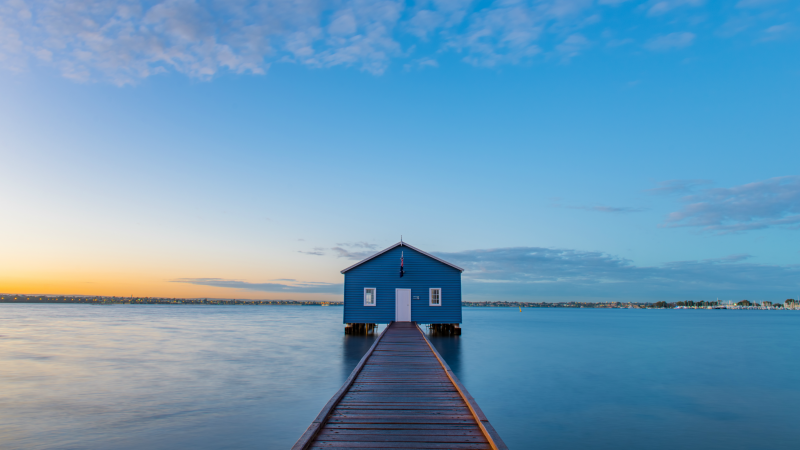 Go here during Golden Hour for the perfect pics. Photo by Jacob Marsh/Shutterstock.

Stretching 60 kilometres through the heart of Perth, the Swan River has long been a hive of activity. Choose whether to take a leisurely walk or bike ride along the Perth Esplanade. Jump on board a river cruise and enjoy the scenic journey to Fremantle over lunch or by twilight. Clamber into a kayak, you might be lucky enough to spot a dolphin or two. Join the locals for a spot of Black Bream fishing. Or, head for the Crawley Edge Boathouse, one of the most photographed sites in the city. 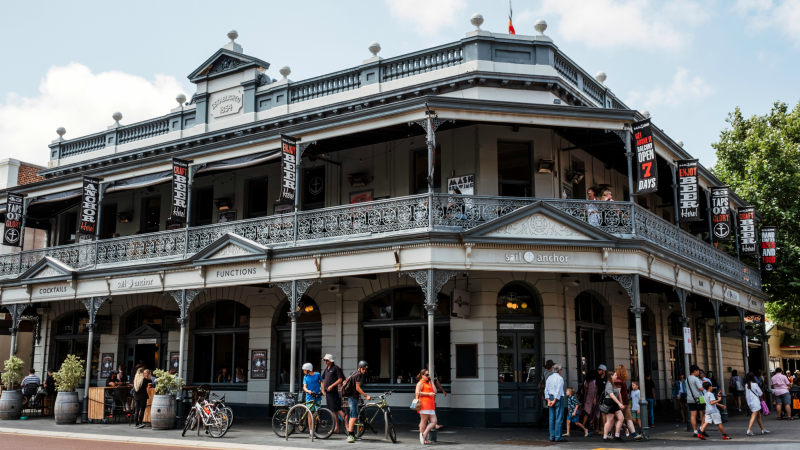 The architecture in Perth is worth paying attention to. Photo by diyben/Shutterstock.

Less avid beer drinkers could be forgiven for thinking craft beer is a relatively new trend, but did you know Perth is actually home to Australia’s first ever microbrewery? Opened by the Matilda Bay Brewing Co. at the Sail and Anchor pub back in 1984, it’s this iconic Fremantle landmark that’s responsible for kickstarting the craft beer movement down under. For the taste of an old favourite try Matilda Bay’s Redback, or for a slightly newer kid on the block, go for a brew by Little Creatures.

8. Scale the Bell Tower, home of the Swan Bells Created in celebration of the Australian bicentenary, Perth’s distinctive Bell Tower is a sight to behold. It houses twelve ancient bells from London’s St Martin-in-the-Fields church, as well as six newer ones made from metals mined in Western Australia. Despite the modern construction, the tower remains steeped in history, learn all about that on your visit and get to grips with the complicated art of bell ringing. Remember to take the stairs to the sixth-floor observation deck for fantastic city views too.

Want to get to know Australia beyond Sydney and Melbourne? Check out our West Coast tours here.