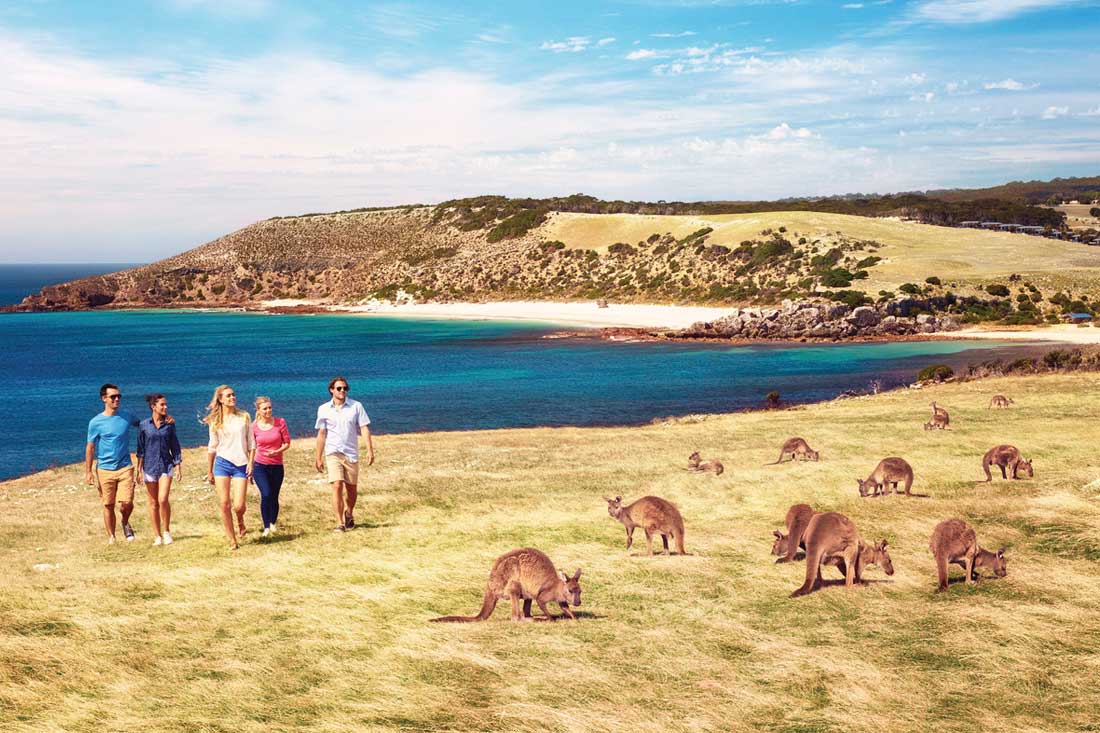 Everyone’s heard of a murder of crows, but what do you call a group of jellyfish when they come bobbing by? Or a horde of crocodiles that’s paddling determinedly in the direction of your canoe? It’s times like that when you need the appropriate vocabulary (and not the four letter kind…)

Enter our list of the weirdest collective nouns for Australian Animals…also known as a ‘List of Probably Useless Taxonomies that May Come up in Pub Trivia One Day’. You can thank us later for this.

1. A PARLIAMENT of Barn Owls

Most Aussies would agree that a parliament made up of owls would probably be an improvement to the regular sort.

Also, how cute are owls?

2. A WISDOM of Wombats

‘He is a fool who thinks himself wise’ – Old Wombat Proverb.

READ MORE: 6 WILDLIFE EXPERIENCES YOU MUST DO IN SOUTH AUSTRALIA

3. A PARADE of Echidnas

A weird collective noun for a small, slow, spiky monotreme that dislikes public displays of emotion.

4. A MOB of Kangaroos

Quite an aggressive word for animals that spend most of their time sleeping of grazing. Incidentally, also the name for a group of emus.

SIGN UP TO OUR NEWSLETTER FOR RIPPING TRAVEL DEALS, DISCOUNTS AND INSPIRATION

5. A WEDGE of Black Swans

6. A BASK of Crocodiles

A BASK feels about right, but we’d also have accepted a TERROR or a HELL NO.

INTERESTED IN AN ADVENTURE DOWN UNDER? CHECK OUT OUR LAST MINUTE DEALS HERE

7. A CONVOCATION of Wedge-tailed Eagles

…kind of makes every eagle gathering sound like a meeting of the U.N.

A photo posted by Jeremy O’Donnell (@jeremyodonnellphotography) on Feb 4, 2017 at 8:00pm PST

8. A SMACK of Jellyfish

RELATED: 5 THINGS YOU NEED TO SEE IN KARIJINI NATIONAL PARK

9. A PADDLE of Platypus

The cutest collective noun since a ‘Cuddle’ of puppies or a ‘Waddle’ of penguins.

10. A CRACKLE of Cockatoos

Probably named for the sound they make when you throw them on the barbie (joking – please don’t barbecue our native wildlife).

11. A LOUNGE of Blue-Tongued Lizards

An uber-cool VIP lounge no doubt, where Blue-Tongues hang out and discuss Frill-Necked Lizards behind their back.

12. A COMPANY of King Parrots

You are the company you keep, especially if that company is parrots.

Yep, it’s true. There is no official collective noun for a group of koalas. Allegedly it’s because you never really see them travelling in groups, and their eucalyptus diet leaves them too tired to form meaningful relationships. It’s over to you, Australia. What should we call a group of koalas? A NAP? A DISCO? AN INVASION? Tell us in the comments!

Want to see the best of Australia’s native fauna? Check out small group wildlife adventures around the country.

A grump of koalas

What do they call a group of billies

A snooze of koalas seems appropriate….?

A Snooze Of koalas

A munch of koalas!

A Cuddle of Koalas

I suggest a Cooee of Koalas – so Aussie