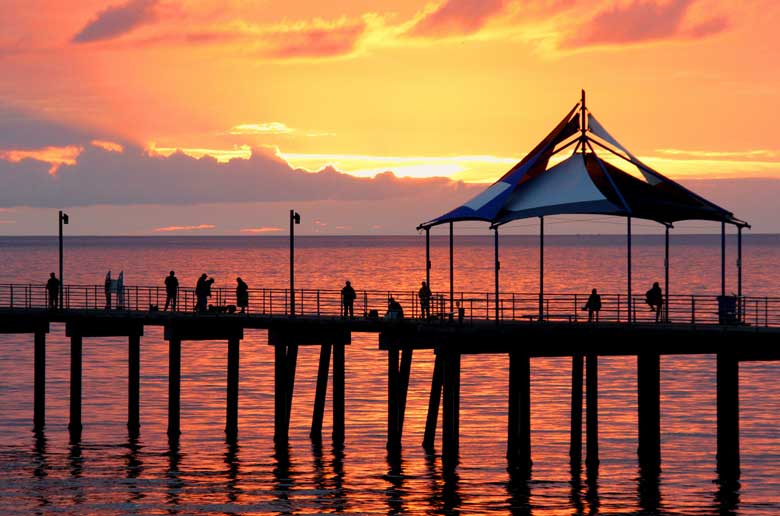 It’s a pretty good bet that if you’re talking to someone who’s dissing Adelaide, they’ve probably never actually been to Adelaide.

“Nah mate, wouldn’t go there. Just a lot of churches isn’t it? And they can’t do a decent pie.”

Where did this anti-Adelaide sentiment come from? And what’s with the hostility to its emerging pie industry? Adelaide has developed an unfair reputation for being a bit old, quiet and folksy. The sort of place that knits woolen cardigans and falls asleep after meals. The City of Churches moniker probably doesn’t help either: there’s something terribly wholesome about defining yourself by the number of churches you have.

RELATED: CHECK OUT OUR GROUP TRIPS THROUGH ADELAIDE

But all this is ignoring the vibrant, eclectic, modern Adelaide that exists just around the next sleepy corner store. Adelaide is one of the greenest cities in the world (in fact it announced last year its ambition to be the world’s first wholly carbon neutral city); it’s got arguably the country’s most beautiful countryside within easy day-trip distance, and the city itself has an emerging art and theatre scene to rival anything you’ll find in Melbourne’s gritty laneways or Sydney’s harbourside venues.

If you want a locals’-eye take on Radelaide, here’s what you should do:

1. Watch a game of cricket at the Adelaide Oval 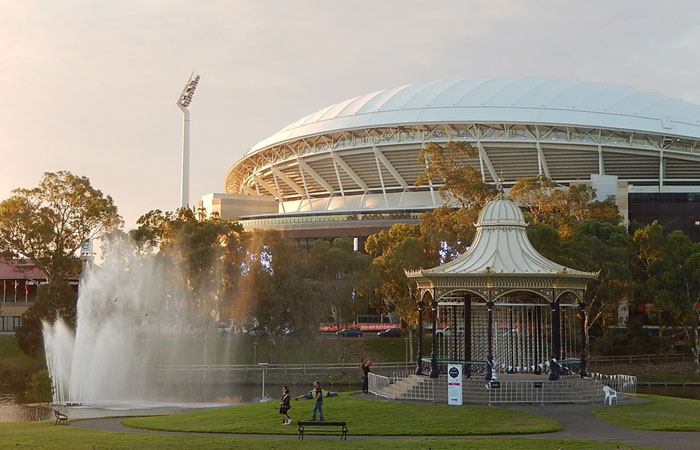 Even if cricket isn’t your thing, sitting ‘on the hill’ at The Adelaide Oval and enjoying a pie and a picnic is one lovely way to spend a summer afternoon. It’s been headquarters of the state cricket association since 1871, and there’s a definite feeling of history about the ground. It’s regularly listed as a favourite of cricket players from around the world. You’ll find it on War Memorial Drive, just across the river from the Festival Centre. Cricket tickets start from $30 for adults and $10 for kids.

2. Enjoy a sunset at Henley Beach 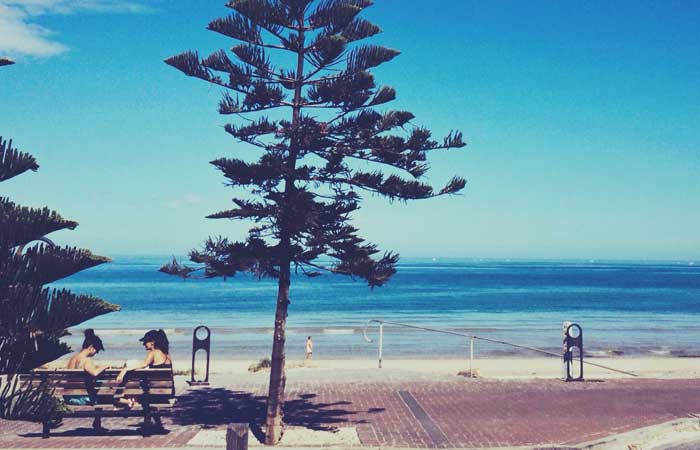 Most of the tourists that pass through Adelaide head straight for Glenelg beach, but the smart ones go to Henley instead, a couple of suburbs further north. There’s fantastic restaurants and cafes nearby (book a table at Estia for some of the best Greek food of your life), clean white sands, volleyball courts and a flourishing little art scene: check out the galleries popping up along Seaview Rd as well as the weekend organic market. Glenelg is the beach they put on postcards, but locals know Henley is really where the magic happens. 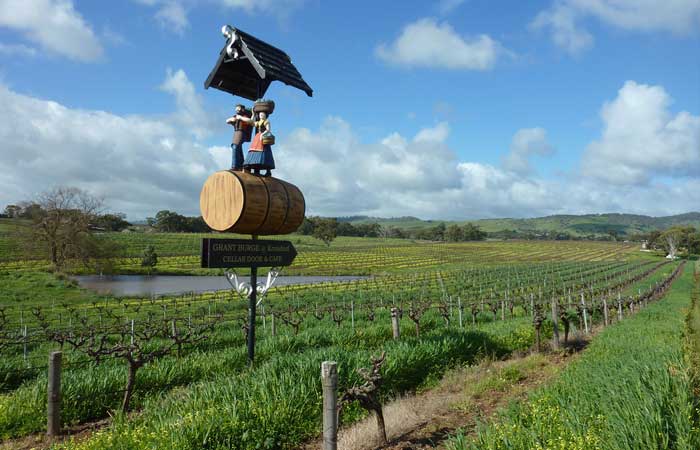 When you’ve got a world-renowned wine region within an hour’s drive of the CBD, it’d be a criminal waste not to set aside a coupe of days for a proper cellar door crawl. There are oodles of B&Bs and vineyards to choose from in the Barossa (the drive down to Seppeltsfield is lovely, but Rockford and Penfolds are obviously the big names). It’s best to go in with a plan and try a little from each one. Of course there are other wine regions in South Australia (the Adelaide Hills and Langhorne creek are two of our favs), but the Barossa is the big daddy of them all.

4. Check out the River Torrens 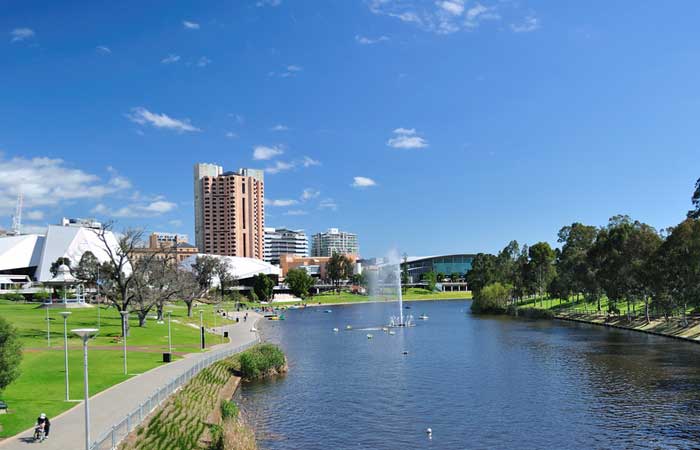 The Torrens runs through the heart of Adelaide, but it never seems to generate the hype around the Yarra in Melbourne. We’re not sure why. The riverfront itself is gorgeous, and there’s always paddle boating, bike hire (there’s a free city bike hire spot by the Hindmarsh Library), a Popeye river cruise, gondola hire for the romantics out there and a revolving calendar of cool arts and music festivals. If you’re in town over a weekend, it’s always worth wandering down to the riverbank in the morning to see what’s going on.

5. Stuff your face at the Haigh’s Factory 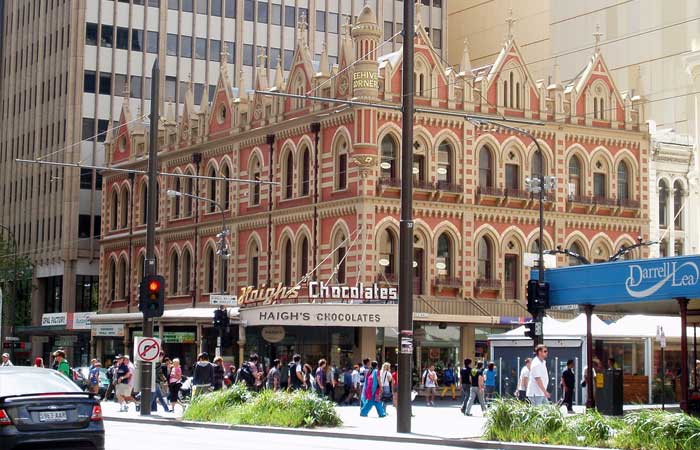 Haigh’s chocolate is an Aussie icon. Right up there with Vegemite and laconic understatement. It’s still a family-run company, and Adelaide is it’s home base. If you want to pick up a keepsake, there’s a big shop in the busy Rundle Mall, but real chocoholics should make the pilgrimage our to the Haigh’s Factory on Greenhill Road. You can see the chocolates being made from start to finish and taste a bunch of free samples. 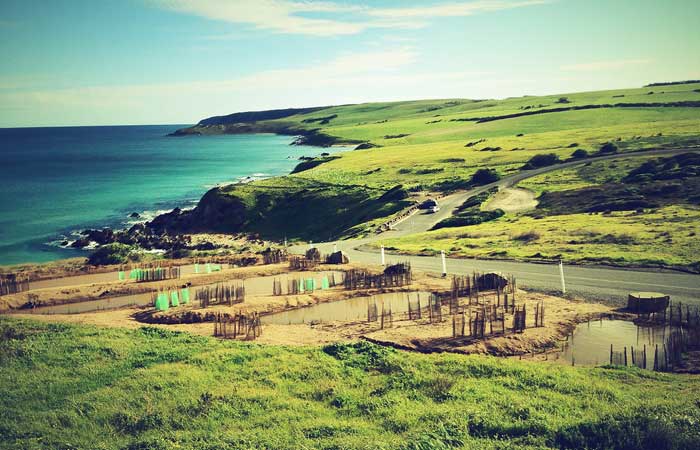 A popular schoolies destination in November, but as long as you avoid that you can get Victor Harbour pretty much to yourself (apart from a few holidaying locals and the odd migrating humpback whale). Horse drawn carriages clip-clop along the streets in the evening, and there are a bunch of excellent cafes and markets in town (try Anchorage Café for good Australian fare, and the family-friendly Country Market on the 2nd and 4th Sundays of every month, right on the beachfront lawn).

7. Get your German on at Hahndorf 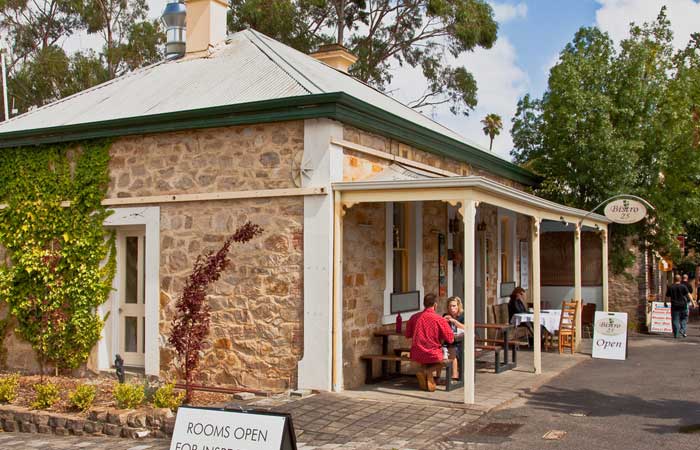 A little bit kitsch, but a lot of fun, Hahndorf is an olde-worlde neighbourhood that trades on its German roots (it’s Australia’s oldest surviving German settlement, 139 for those of your playing at home). Apart from being the best place in Adelaide to get a schnitzel and stein combo, Hahndorf is worth a visit for the Teutonic sandstone buildings, leather and wood craft stalls, lebkuchen (that’s gingerbread) and other traditional German snacks. If you’re there, you may as well check out nearby Beerenberg Farm for jams, condiments and strawberry picking (when they’re in season).

8. Grab a bite with the locals 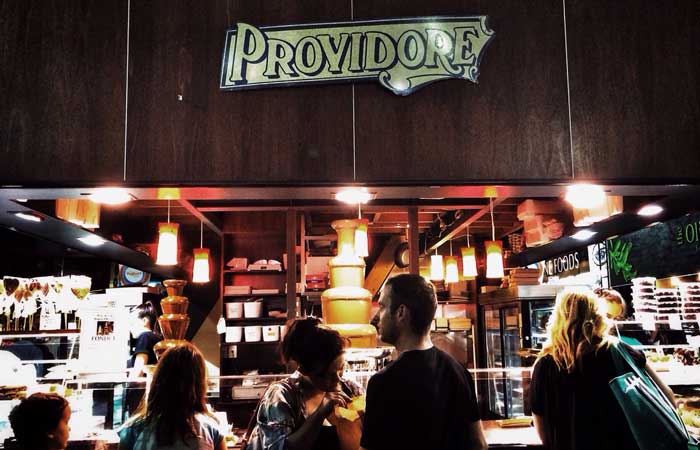 What’s your fancy? Wood-fired pizza? Try GoodLife Pizza on Hutt Street (it’s cheap and cheerful and delicious, what more do you want?). Fancy Austrian-inspired cuisine? Lenzerheide or Alphutte are both world-renowned options; a little pricey but still totally worth it for a fancy night out. Vego? Head down to the Joy Discovery Vegetarian Café, just off Rundle Street East on Bent Street. They’re known for they’re knock-out curries and samosas. 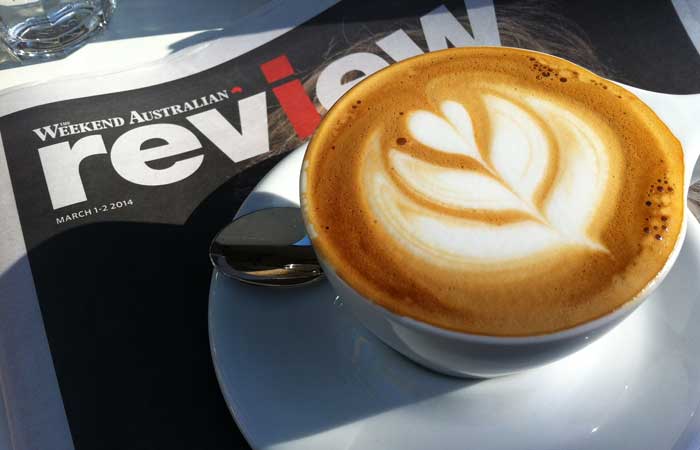 Melbourne won’t like to hear it, but Adelaide gives it a serious run in the coffee-capital stakes. There’s the “utterly devoted to your coffee” crew at Bar 9 on Glen Osmond Rd who pump out boutique percolations on an industrial scale. Or maybe the painfully hip baristas at Coffee Branch, who serve up high-quality brews to the busy city regulars. Our favourite might be the little hole-in-the-wall Fiefy’s Specialty Café (pronounced fee-fee): it’s got an award-winning barista who came 5th in the World Latte Art Competition. Consistently addictive.

City of Churches? Morel like City of Awesome (let’s see if that one sticks). Check out the best of Adelaide on one of our small group adventures.