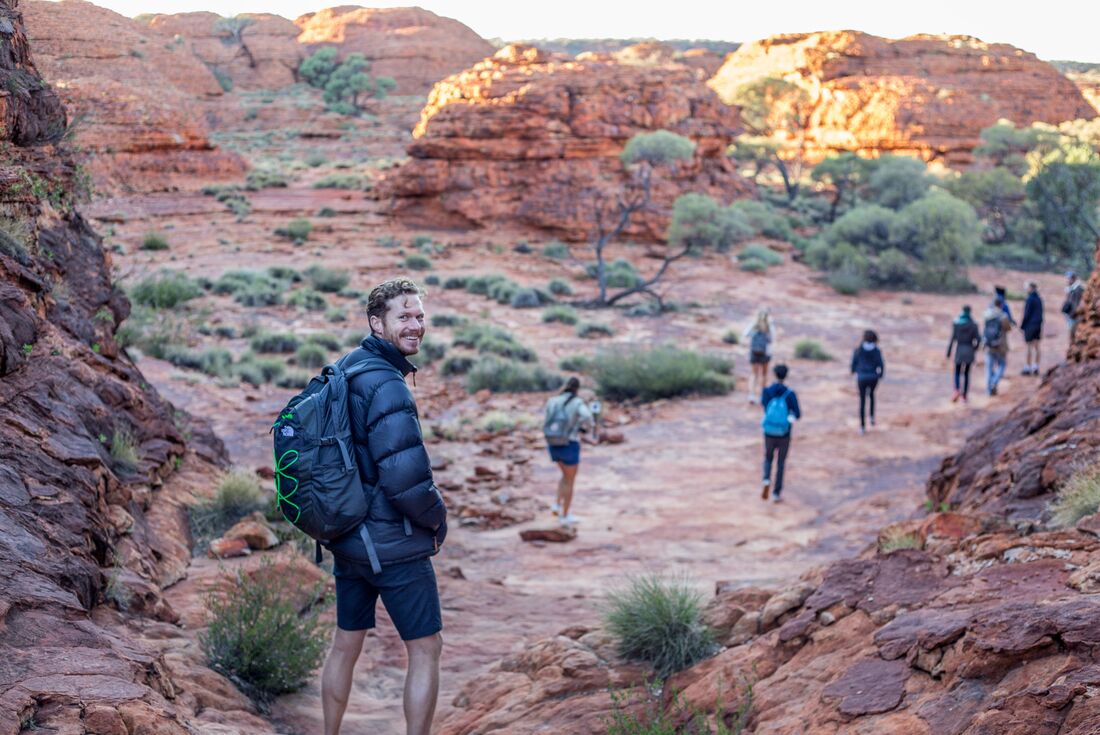 People think they know the Northern Territory even before they go there. It’s that classic red dirt image of the outback, millions of miles of stark emptiness, with nothing but the slopes of Uluru to break it up.

And sure enough, wide-open spaces are probably the region’s chief scenic export. But it’s also got a few surprises up its sleeve.

For starters, it’s more modern than you might think, and there’s more than a spoonful of water there; it’s got a contemporary culture as well as an ancient one, and it’s got beaches to rival anything Queensland can brag about.

Of course these little gems aren’t always so easy to find. The Northern Territory covers nearly one sixth of Australia’s landmass – about one and a half million square kilometres. But lucky for you, we’re here to point you in the right direction. Here are five things we bet you didn’t know existed in the Northern Territory. 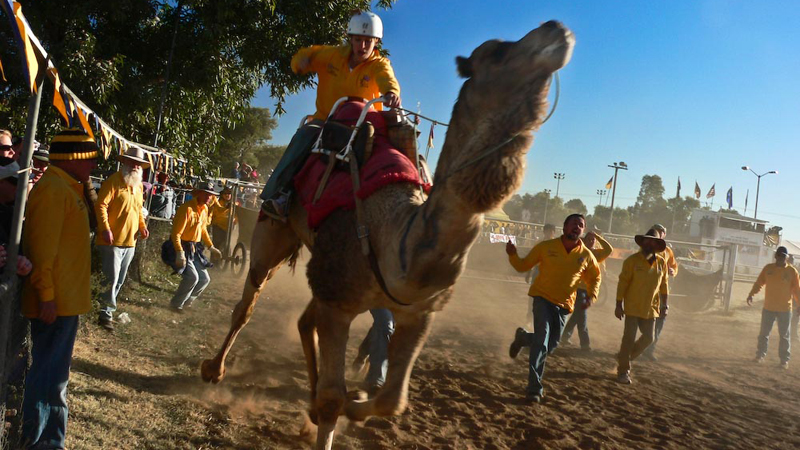 Picture the Melbourne Cup, but run on red dust, and probably with more beer and fewer feathers. Then swap the well-behaved thoroughbreds and carefully groomed stallions for about 20 ill tempered, biting, kicking and spitting camels. This is a pretty good picture of the July camel races at Blatherskite Park in Alice Springs. The appeal (apart from the free-flowing beer) is the camels’ unpredictability.

When the starting gun is fired they’re as likely to sit down or go backwards as stream towards the finish line. The major prize during the carnival is the Afghanistan Cup, presented by Afghanistan’s ambassador to the country to commemorate the Afghans who originally brought camels to Australia and constructed telegraph lines and railways. 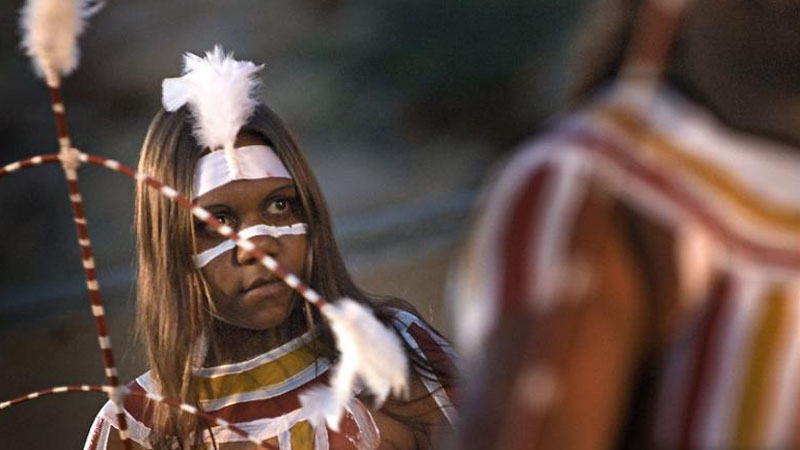 Victoria and New South Wales like to think they have the monopoly on upcoming music and giant parties. But the annual Alice Desert Festival is easily the equal to anything the so-called ‘cool’ states can dish up. Fifty thousand people converge on Alice in September each year, with dozens of upcoming local bands, dance groups, talent performers and indigenous artists on display.

It’s a little slice of Melbourne Fringe, mixed with the colour and chaos of Falls Festival or Meredith. And what’s more, it all takes place among the red sands and gorgeous sunshine of the Outback. There are no big stadiums in Alice Springs. So the party often spills out onto the street and into the parks as small stages pop up and local restaurants spruce their wares.

3. The world’s only land regatta 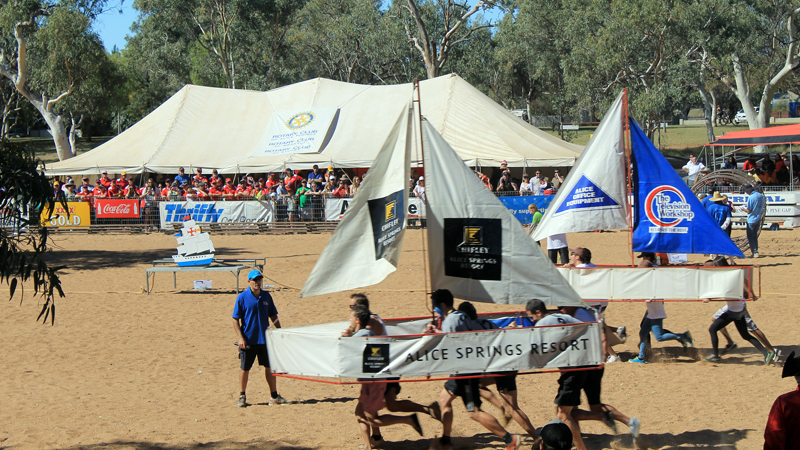 Does that seem weird to you? Image c/o portengaround, Flickr

It must be an Australian thing. Only Aussies would take one of the driest towns in the world, with only 11 inches of rain a year, and decide to run a regatta. It must be said this isn’t your typical boating event. It’s known as the Henley-on-Todd regatta (a suitable Oxbridge sounding name) and consists of a medley of land-based ‘boat races’ on the bone-dry Todd River bed.

These range from DIY dinghies strapped to competitors shoulders, to huge lumbering pirate ships, ploughing through the red dirt of Alice Springs. It’s actually been running for over 60 years (it began in 1962), which makes it one of the oldest regattas in the country (it not the most spectacular). Anyone can enter the Henley-on-Todd, and the whole day comes with a 100% no seasickness guarantee.

TAKE A LOOK AT OUR TRIPS IN THE OUTBACK HERE

4. Beaches that put Queensland to shame 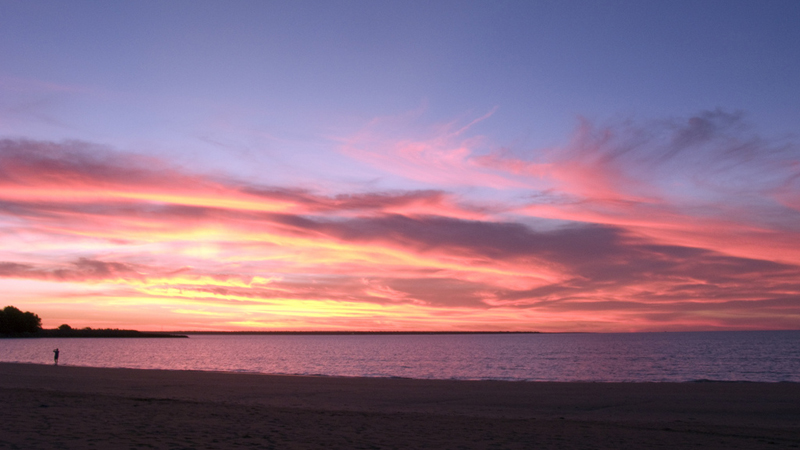 The Sunshine State always claims to have the best beaches in the country. But it hinges on how you define ‘best’. The Northern territory has strips of sand that have incredible sunrises, thriving markets and stunning remote beauty miles from anywhere. Does it matter that they don’t come with cocktails with tiny umbrellas? We don’t think so. For some vibrant culture, great craft stalls and tasty street food, head to Darwin’s colourful Mindil beach any time when the weather is good. 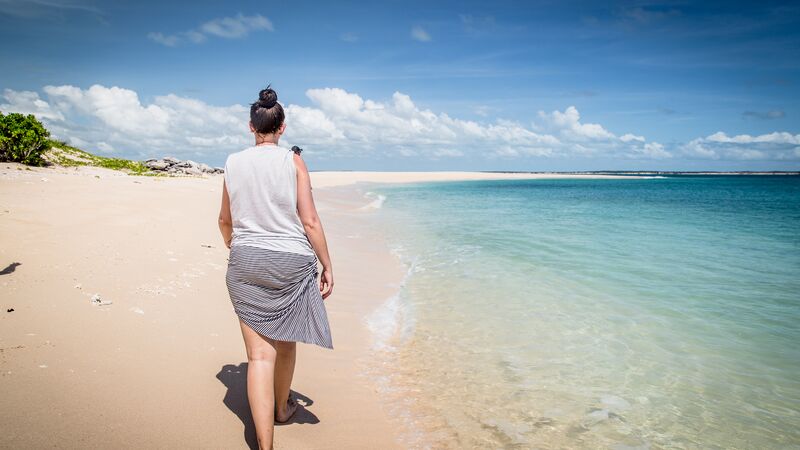 Whitsundays? No, you’ll find this beach in Arnhem Land!

Watch the sun set over the Timor Sea and chill out to some upcoming local bands. If you want something a little more stunning, with not a tourist in sight, make the pilgrimage into Arnhem Land to East Woody Beach. Its white sands, turquoise water and sun-bleached rocks are easily the equal of anything in the Whitsundays, and you won’t have to climb over deckchairs to enjoy them.

5. The country’s most remote set of traffic lights 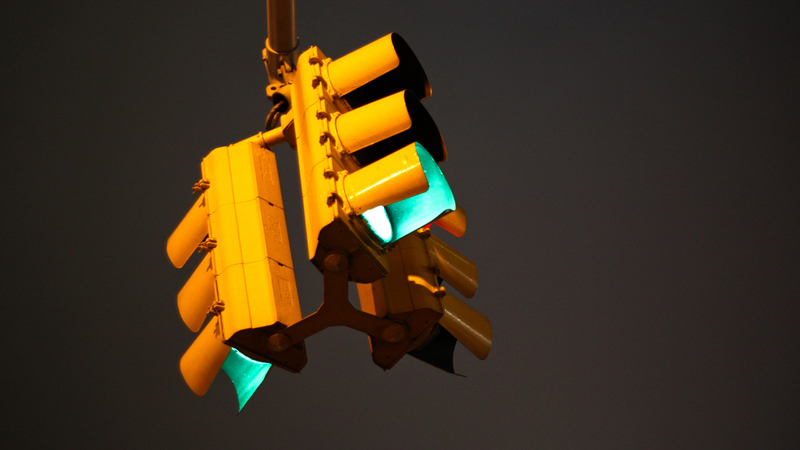 The tiny town of Daley Waters (pop. 23) in the Northern Territory is about a third of the way from Darwin to Alice Springs, and has a couple of strings to its bow. Not only does it have the honour of having the Territory’s oldest pub (an institution we visit on all our itineraries from Darwin to Alice – try the damper, it’s amazing) it also has the most isolated and remote set of traffic lights in the country (of course Daley residents boast that it’s the most remote in the world). There isn’t another set within 500km of Daley. It’s so remote that you have to wonder what point it really serves in a town where lamingtons probably outnumber people.

Inspired to get around the Northern Territory yourself? Let Adventure Tours Australia be your guides.