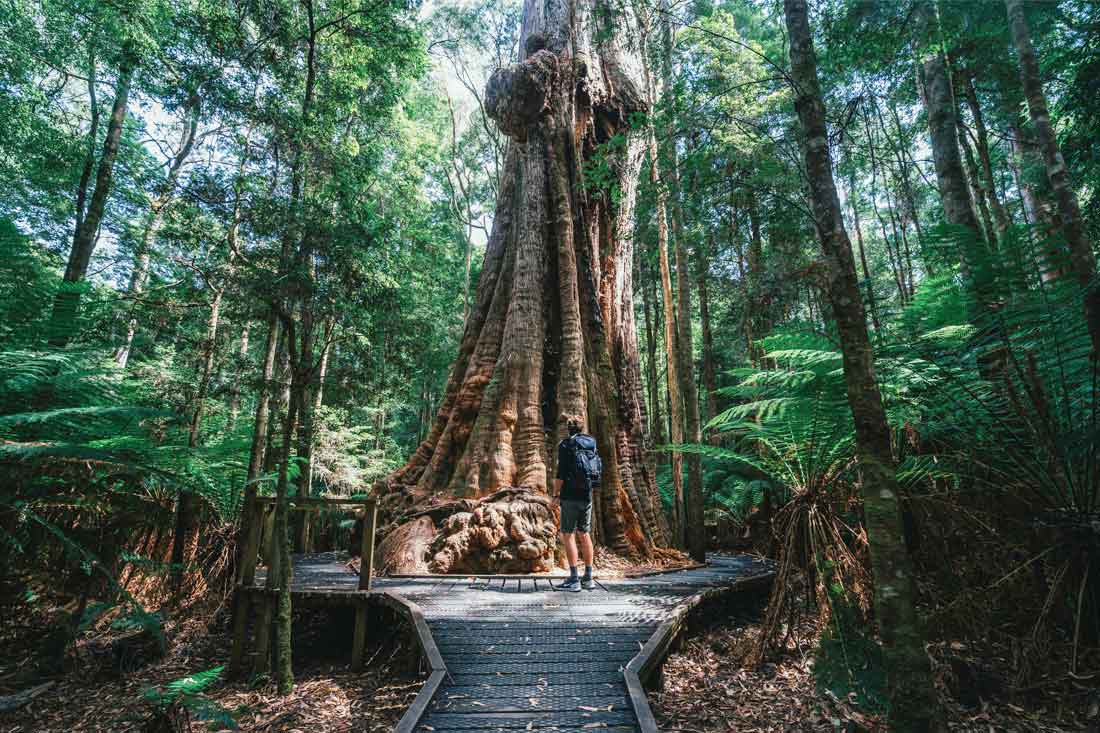 I’ve never caught a wild trout before… it’s a patience game… maybe that’s the issue? We’ve spent hours standing on the edge of a beautiful lake or wild mountain stream in Tasmania searching for the illusive prize.

And as I stand here (again) – I find myself reflecting on the last time I went fishing with my sons. We found ourselves in the company of two other gents from Hobart, talking about… well… fishing mostly… but also about life in Tasmania and the type of people that live here.

The two types of Tasmanians 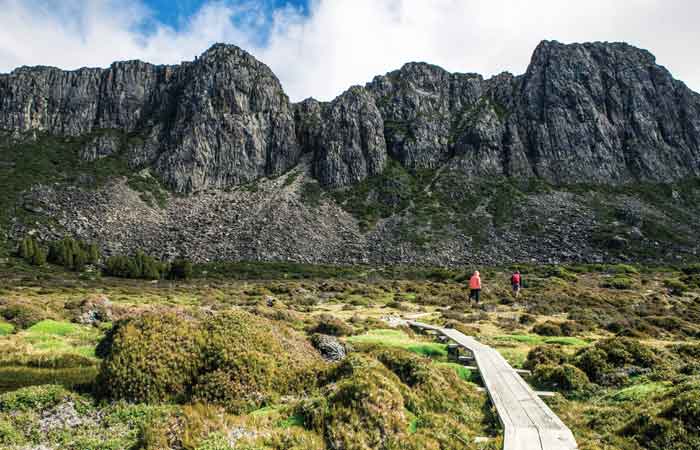 Whilst it’s dangerous to generalise too much, it seems to me that there are two broad types of folk in Tasmania: those that have recently been attracted to the island, and those whose families have been here for a long time.

The recent arrivals (and by recent, I mean arrived within the last generation) are usually here because of their attraction to the wilderness. They’re the campers, the hikers, mountain bikers, fisher-folk, beach-combers, photographers – in general, the nature lovers. It’s easy to see why they are attracted to the island. Its natural beauty is stunning. And Tasmania knows it.

Over 20% of the State has been set aside as national park land. The parks and wildlife people have even created a list of Tazzie’s “60 Great Short Walks”, which, for a state the size of some cattle farms on the mainland, means there are walking trails everywhere. The great short walks are pretty easy to access, designed to showcase the range of natural beauty the state possesses… through towering trees in old-growth forests, up rugged mountain paths or along beautiful white sandy beaches. Some of these walks take you on a journey through the landscape, some showcase the flora and fauna, others take you to picturesque lakes and rivers (with trout…allegedly) whilst others simply take your mind for a wander while your legs do the hard work. And that’s just the short walks – there are some treks that can take up to a week. 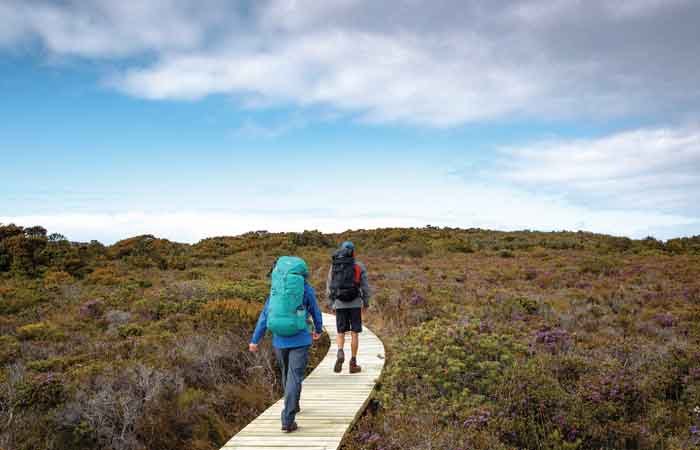 But as I sat here rod in hand, my reflections aren’t just on the natural beauty of the state – but on the people that preserve it. Sure, these people include the quintessential hippies with dreadlocks, earthy clothes, peace-loving jewellery and a tendency to chain themselves to trees when the situation requires it! But mostly, they are everyday Tasmanians whose weekly lives include a heavy dose of nature loving. People who probably travelled here on holiday, fell in love with the place and decided to up and move for good. People who need to connect with nature and feel the silent pull to protect it.

There are many of Tasmania’s beauties that are accessible to the general public. And then there are huge tracks of land (mainly in the south-west) that are only for the dedicated, intrepid traveller. I can just imagine the arguments amongst the nature lovers, debating on whether to make these wild places accessible. And right now, it seems that that the “no-s” have it… a philosophy that clearly centres around the concept that these areas should be left as untouched as possible. The odd four wheel drive or fire management access track is about as developed as it gets. 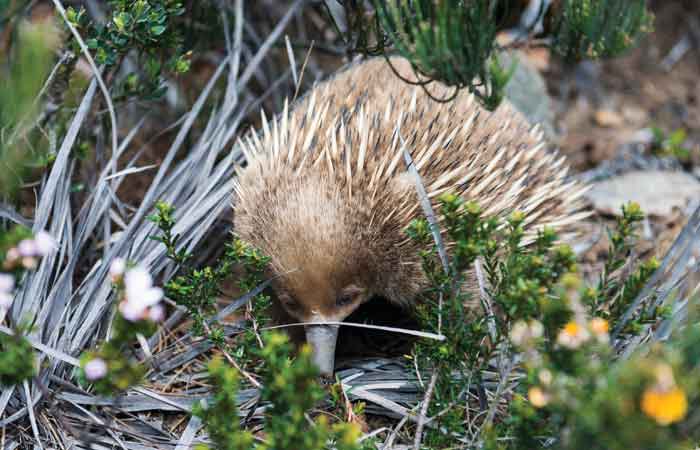 These areas are only for those in the know, for those that really want to go. And you have to respect a state that reaches the conclusion that less is more: there are parts of the world where they would have ‘eco-developed’ these forests beyond all recognition.

Which brings me to the second group of Tasmanian inhabitants – the long term inhabitants. I’m not talking about the traditional owners as, sadly, almost all Aboriginal folk in Tasmania were wiped out during European colonisation. Instead, I am talking about whose connection with the land stretches back several generations at least. The old colonialists, the early settlers. 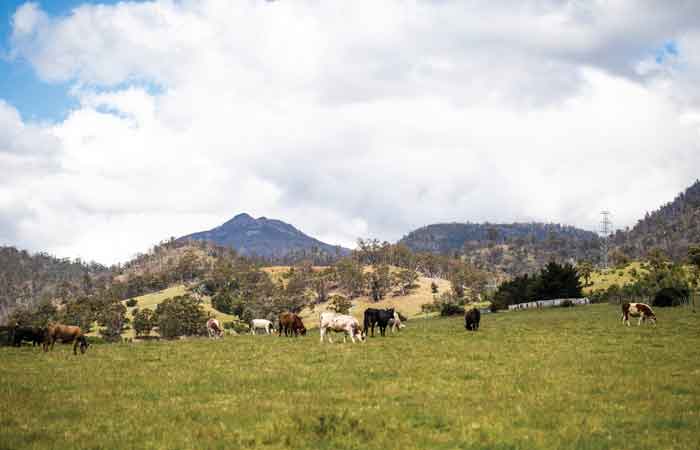 There is still a large contingent of Tasmanians who carry within them the ingrained drive of these early pioneers. They see the land as needing to be conquered, to be tamed. These folk are the miners, the foresters, the intensive land famers. They too see the natural resources of the state – but to them, they see these resources as something to be used.

(Side Note: There seems to be a competition amongst many Tasmanians to see who has the most impressive wood pile. … they stack the fire wood like badges of honour… long, evenly cut rows of wood, several stacks deep in various shades from beige to grey depending on their vintage. These horizontal totem poles signal the household’s devotion to the hearth, placed in very visible parts of the garden so passer-byes can see, and neighbours can admire: a man with a big axe and an even bigger chainsaw resides here!)

These farmers and developers aren’t gun-toting, cousin-romancing, chainsaw-bearing motor heads – these are Tasmanians that are prepared to roll up their sleeves, develop industries that feed, clothe and house Australians with high quality products. And I have to be grateful for the fact that their early years of sweat and toil have opened up the land. It’s part of the reason families like mine can enjoy Tasmania’s sights in relative comfort.

The battle between the hippies and farmers in Tasmania has raged for nearly two centuries. As a newly arrived traveller to this land – I reckon the results of this tension is fantastic. It was my nine year-old son who first made this observation: “Tasmania has a great balance to it – between the farmlands and the national parks, there seems to be heaps of both”. 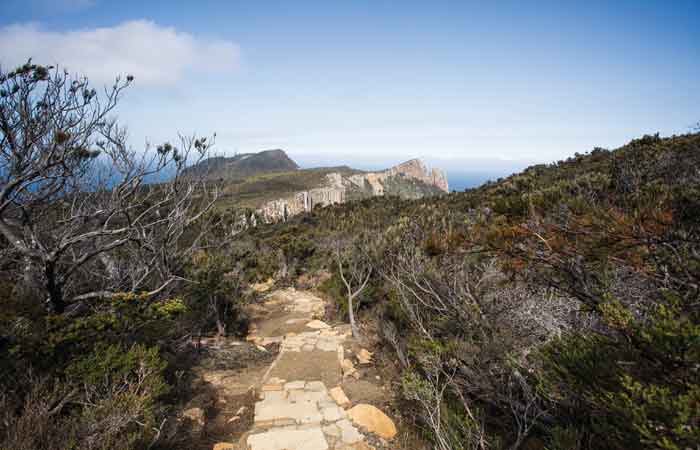 And I reckon he hit the nail on the head as to why we’ve enjoyed ourselves so much – the balance between the modern and the untouched. Two opposing forces, the yin and the yang, their combined philosophies give the apple isle one of the best combinations of wildlife and civilised developments in Australia.

As we said our goodbyes to the two trout fisherman from Hobart, they left us with a couple of kind words of advice – best not to broach the issue of logging trees with most Tasmanians: it’s a polarising topic. Nowhere in the State does the conflict between the hippies and the farmers meet in a more pointed, fiery way. To some its life or death, literally.

So best to avoid the topic, enjoy the landscape and focus on catching that illusive trout…

Want to check out some of Tasmania’s most beautiful spots? Get all the info on our Taste of Tasmania tour.

I’m Duncan – husband to an exceptional wife and father to five sons. With such a large, energetic brood – plane trips and hotels are not our type of holidays. Instead we love to get away in a caravan, to connect with nature in all of its guises… food, fun, freedoms and photos. Western Australia is our playground and main source of adventures, although we recently completed a lap of Australia experiencing some of the incredible places this country has to offer.