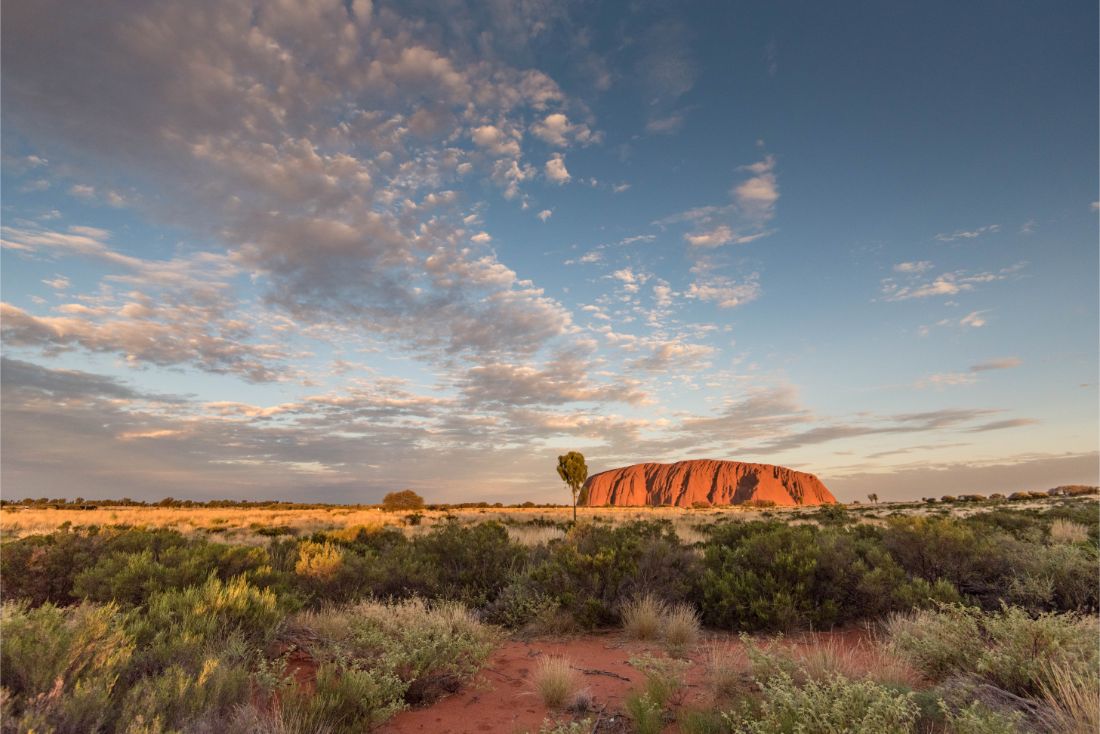 Even though the sun was only just beginning to rise, I could see it; an extraordinary natural wonder looming on the horizon.

As we edged closer Phil, our guide, pointed in the distance to show the group where we’d soon be stopping. Sitting in the truck, I was already pre-empting the feeling of cold desert air that was about to hit me; and instantly, I started to regret leaving that extra pair of trackies back at the campsite.

We had reached our destination: the eastern corner of Uluru, at Kuniya Piti, to walk around the base. And on the other side, we would be meeting with a First Nations guide for an interpretive walk. It was not even 7am, and already I could feel this would be a memorable day.

Walking around the base of Uluru 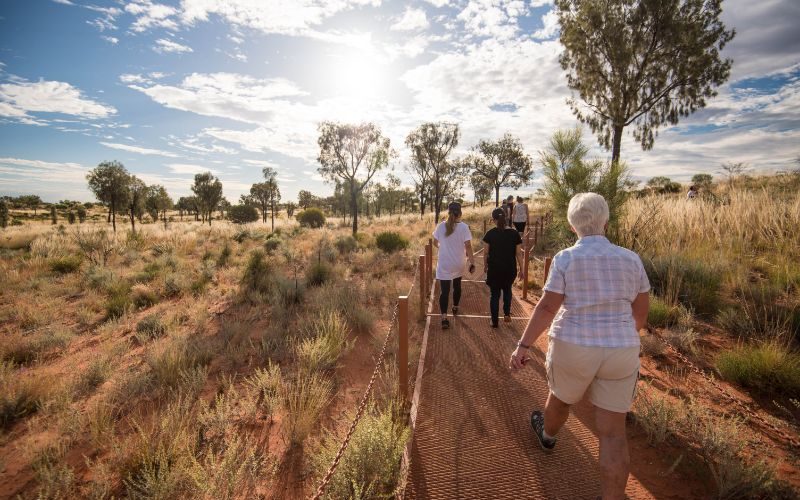 The previous night (day one of our Uluru Adventure), our group watched the sunset over Uluru. But up close, it was even more mesmerising. For the park’s traditional owners, the Anangu, Uluru is more than just a striking land formation. It’s a place of great significance — one where the shapes and textures along each side are evidence of stories from the beginning of time. Together as a group, we walked in silence as we followed the tracks of the Anangu ancestors around the base of Uluru. As we walked, the sacredness of Uluru became glaringly obvious when we passed certain spots where photography is banned. For the traditional custodians, they believed their ancestors created this landscape at the beginning of time, and they have been protecting these sacred lands ever since.

TIME TO SEE THE NORTHERN TERRITORY? CHECK OUT OUR NT TRIPS

As we walked around the base, you could see the visible marks on each side of Uluru changing, and it wasn’t flat or smooth like I’d expected. Just when I thought I’d captured the perfect pic to show mum, I would see another side to Uluru that was more beautiful than the last.

After taking our time along the track, we met with our guide, Verna, our First Nations guide who greeted with us a friendly ‘Palya’ which can be used for anything from hello, goodbye, thank you, cheers or however you want to use it. From the get-go, Verna spoke almost exclusively in her language to us; something I’m rarely exposed to back home, which made this experience even more memorable. Also joining us was Cara, who acted as a translator between Verna and our group. With Verna leading the way, we learnt that we were standing at the site of one of Uluru’s most dramatic creation stories; the battle between Kuniya (the python woman) and Liru (the poisonous brown snake man). As Verna finished the story, she pointed upwards to the surface of Uluru and explained how Kuniya and her spirit are still there.

SIGN UP TO OUR NEWSLETTER FOR EXCLUSIVE TRAVEL OFFERS, DISCOUNTS AND INSPO 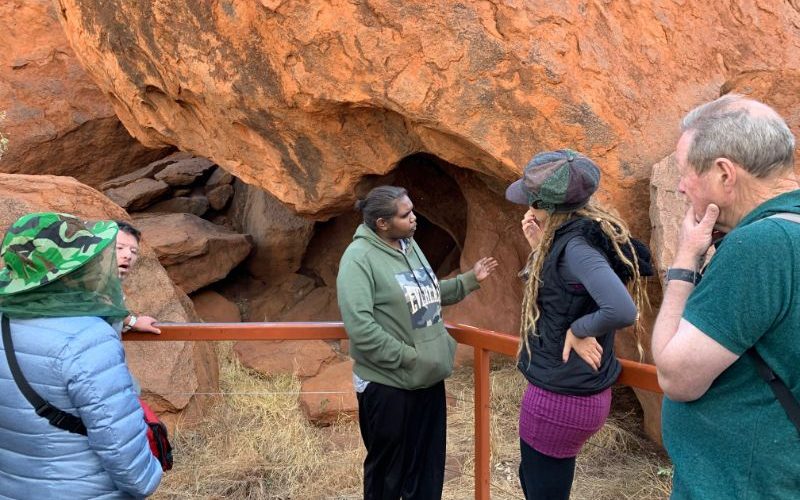 Next up, we stopped at the ladies-only cave where Verna vividly explains how this was where children would learn skills passed down over time; on the walls were artworks that dated back hundreds of years. Just next to it was the cave for men where the young boys would learn to hunt.

RELATED: EVERYTHING YOU’LL SEE ON A 3-DAY CAMPING TRIP AROUND ULURU

At this point, Verna and Cara stopped to show us a variety of tools that were used for hunting animals or digging for bugs, and bowls that were used to carry goods – all made from trees or materials found in the area. 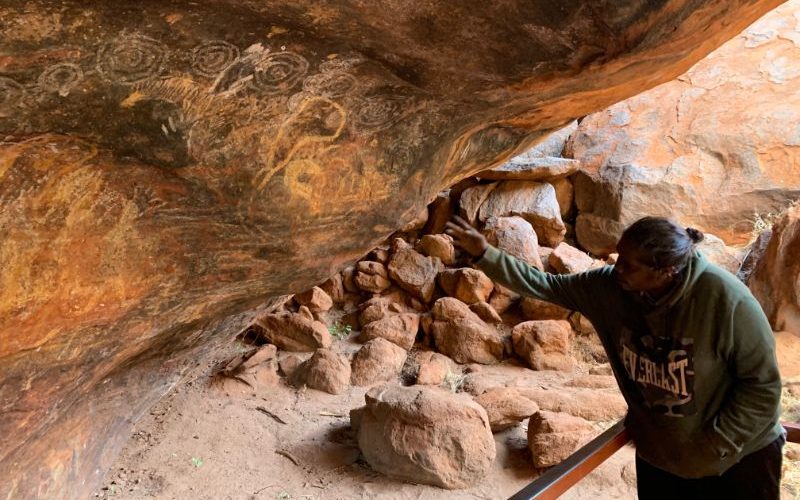 For thousands of years, the Anangu have passed down their knowledge from generation to generation, to keep the land, culture and people strong. And right before us, we could see evidence of exactly that. With each stop along our walk, our knowledge was growing; a first-hand experience that couldn’t be replicated by a guidebook or a quick Google search.

Want to see Uluru for yourself? Take a look at our tours here.