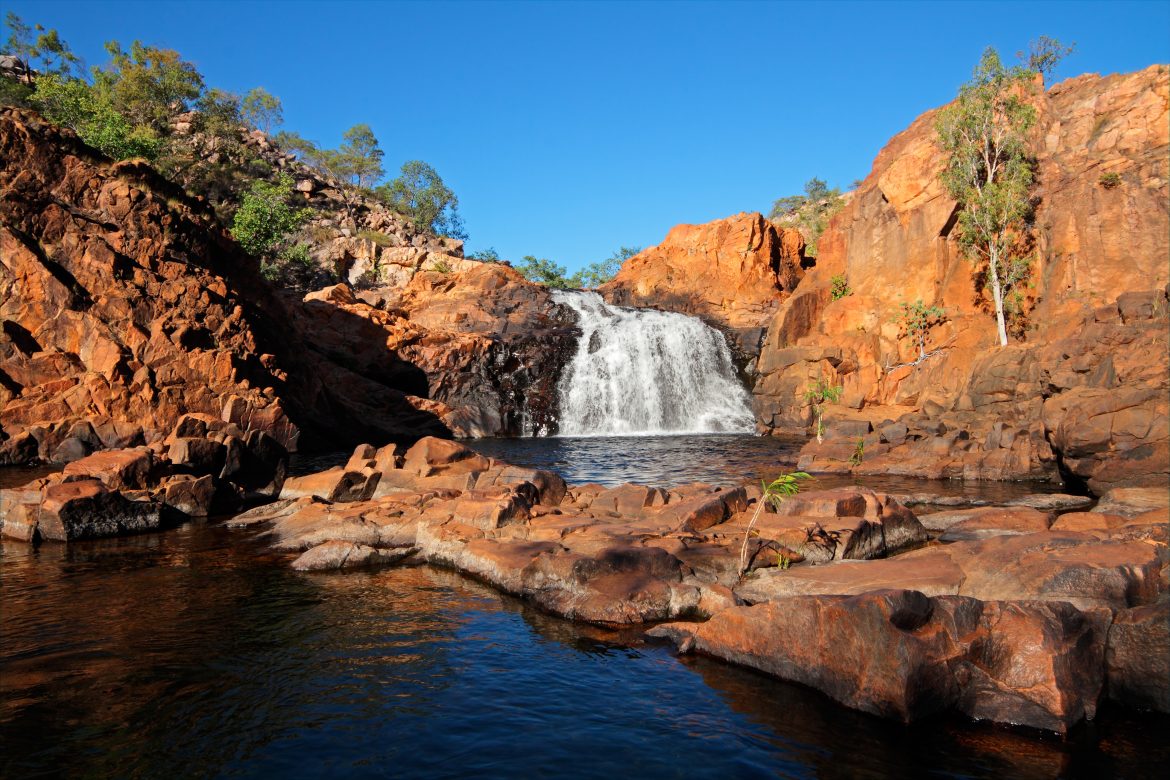 Although Australia is one of the most beautiful countries on earth, it’s a common misconception that it is infinitely sunny and warm year-round.

The reality is that most parts of Australia are just as seasonal as the rest of the world, however, the warmest region, or most “frequently warm” region is the outback stretch from Uluru to Darwin, otherwise known as the Northern Territory.

The NT is probably the only state in which many Australian stereotypes and legends are actually real. Kangaroos are seen hopping down the street, koalas hang around in Coolabah trees that often shade locals’ backyards, and there is a hell of a lot of red dirt. But in a region that expands to over a thousand miles of sparsity, not everything you hear about this place can be true, surely.

Here are some of Australia’s Northern territories most outrageous myths, busted once and for all:

Myth 1: The landscape is red, sparse and barren throughout the whole of the Top End.

Fact: The terrain of the NT is in fact so diverse that you can witness wetlands, gorges, ranges, rivers and sandstone escarpments, all within a 3-hour drive outside of your Darwin Hostel.

Heading south of the Katherine Gorge you’ll even find a tropical oasis known as Mataranka Thermal Springs and of course, the “Red Centre” title is reserved for a large treat right at the bottom of the state. Mary River Wetlands is a landscape of lily pads and lake surfaces so smooth you can almost photograph your reflection. And don’t forget, some of Australia’s best waterfalls cascade over waterholes deep in Australia’s NT, including Florence Falls and Wangi Falls, which can all be visited on a tour out of Darwin. 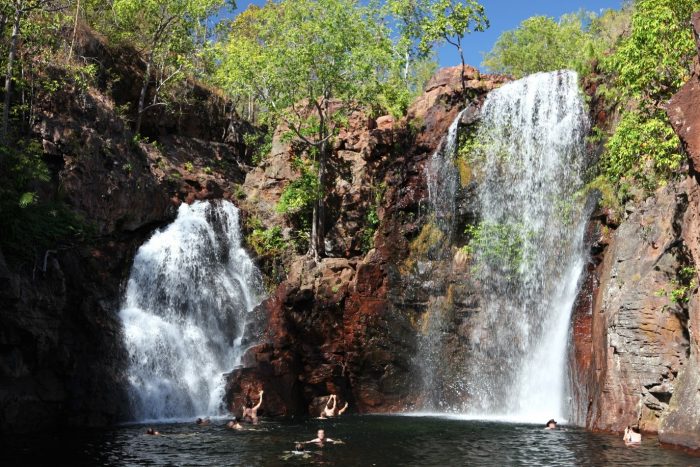 Myth 2: All NT wildlife and insects are dangerous and deadly

Fact: During a trip to the NT, you’ll be welcomed by cuddly natives such as kangaroos (which really do hop down the streets here) possums and sugar gliders. You’ll also spot weird looking, but completely harmless creatures like frilled-neck lizards and moloch horridus (the thorny devil).

And as for the insects… yes, Australia may be the home of the world’s most lethally venomous spiders, but they don’t all hang out in the NT. In fact, Australia’s single most deadly spider chooses to reside only in a 100km zone of SYDNEY. The spider population of the NT tend to be a bunch of happy-go-lucky family types that choose a life of simplicity, serenity and sunsets, which brings us to our next point. 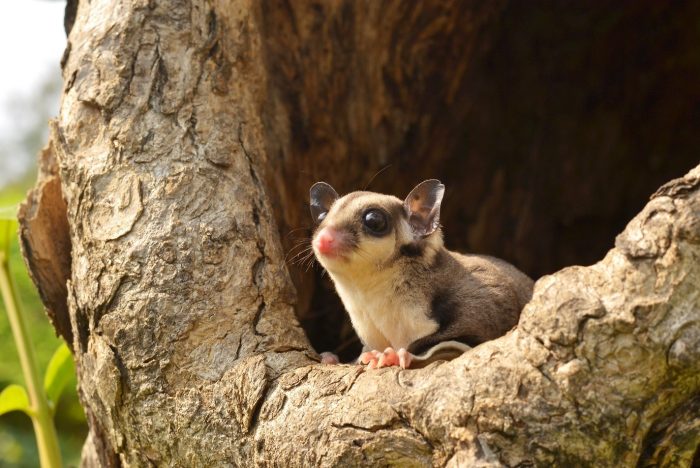 Myth 3: The sunset looks the same from every point of Australia

Fact: In 2015, Darwin was named in the “Top 3 Places to watch the Australian Sun Set”. On Thursday evenings, crowds bustle from the night markets to Mindil Beach to wind down as the sun sinks below the horizon in Darwin. Free activities don’t come much better than a champagne pink sky, a warm afternoon sea breeze and the sound of the lazy Darwin ocean crashing on the shoreline. 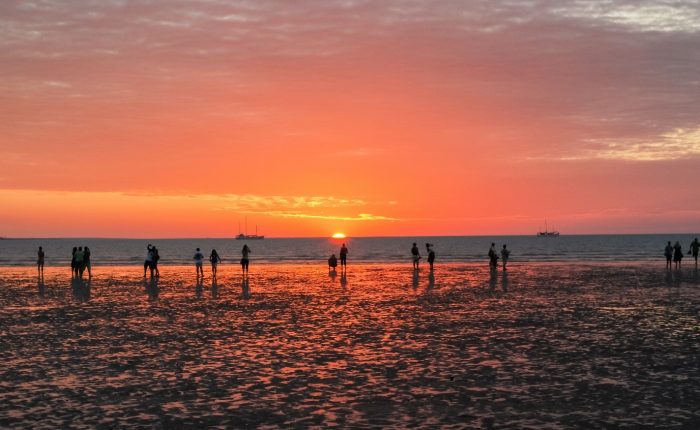 Myth 4: The NT temperatures are scorching hot all year round

Fact: You wouldn’t exactly say the NT has a “winter”, but it isn’t always warm. A June morning in Darwin made news headlines in 2019, registering Darwin’s lowest temperature in five years – 12 degrees. Okay so the NT is still a pretty warm place.

RELATED: HEADING TO DARWIN? HERE’S WHAT YOU SHOULD SEE, DO AND EAT.

Myth 5: Kangaroo boxing matches, crocodile wrestling tournaments and emu riding events are held in the NT (okay, this is not a complete myth)

Fact: In truth, kangaroos are such mischievous creatures that we haven’t quite been able to coordinate a kangaroo boxing event. As for croc wrestling, we have seen nothing of the sort since the golden days of Steve Irwin, but as for emu wars…

The last event of this kind was declared the Great Emu War, which occurred in 1932 to address public concern over the number of emus said to be running amok in the Campion district of Western Australia, and there hasn’t been once since. Oh, Australia.

Myth 6: Uluru is nothing more than a giant rock

Fact: It’s easy to wonder; what could be so fascinating about a giant stone monolith that has more than 270,000 travellers gawking in its existence year-round? Is it simply that this rock holds its place, naturally smack bang in the middle of the country? Perhaps it’s that Uluru, also known as Ayers Rock, is estimated to be over 600 million years old. Or, perhaps it’s that mesmerizing colour change which earnt Uluru its place in the world’s Top 10 Sunsets.

All we know is that travellers leave Uluru completely astonished by its presence and that it surely deserves a place on your bucket list. 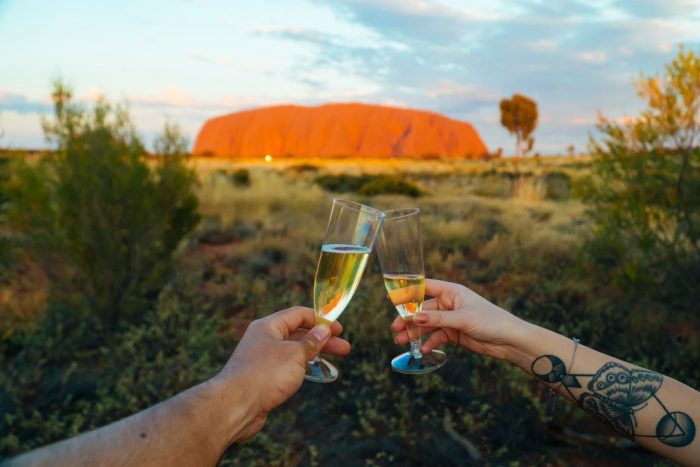 Want to debunk these Northern Territory myths yourself? Take a look at our NT tours here.