Chock-a-block with billabongs, waterfalls, weird rocks formations and all manner of wildlife, this is where Australia runs wild – Kakadu National Park. ‘Roos bounce about the bushlands, dingoes stalk along rocky outcrops, dugongs wallow off the coast and crocs patrol the waters of Alligator River (we’ll call it a case of mistaken identity). Following a landmark ruling back in 1976, approximately half of the land was returned to its traditional custodians. While nearly half of all Northern Territory land now belongs to First Australians, many of these communities are closed off to visitors. Kakadu National Park is one of the best places to encounter First Nations culture through managed intercultural exchanges.

Cash in a few days of your annual leave for a Litchfield 4WD adventure, escape the southern winter chill and soak up the sun in Katherine and Jim Jim Falls (where it’s always warm), or embark on a tail-to-top journey from Alice Springs to Darwin via some of the NT’s greatest drawcards. Go on. Make a splash. 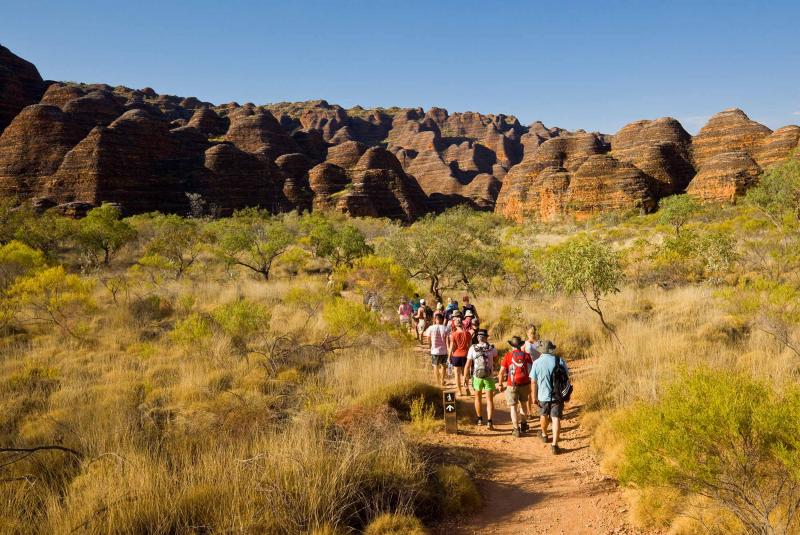 Travel on an epic 4WD tour from the glistening beaches of Broome, across the wild… 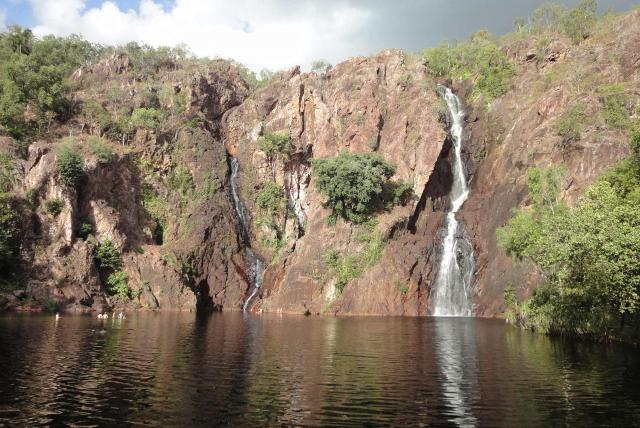 Set out on a camping safari through captivating Kakadu National Park. Experience the… 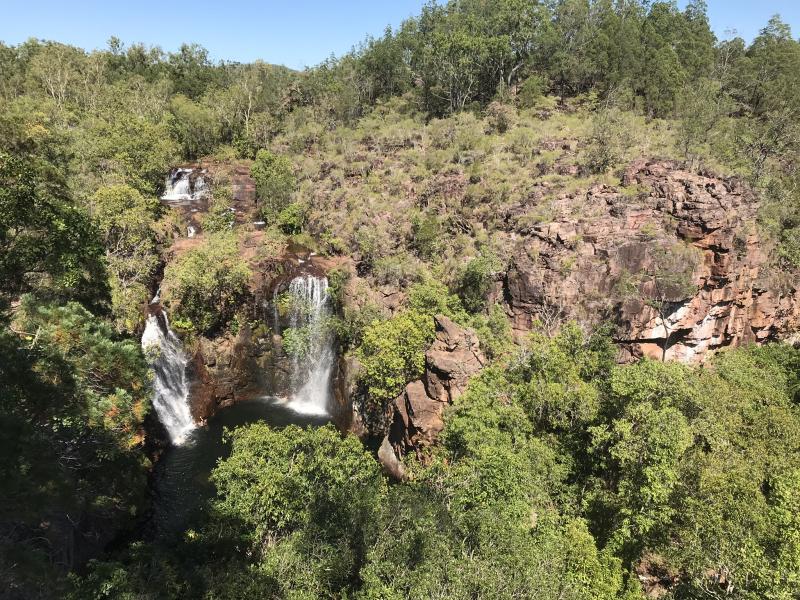 Experience the beauty of the Top End’s vibrant wet season 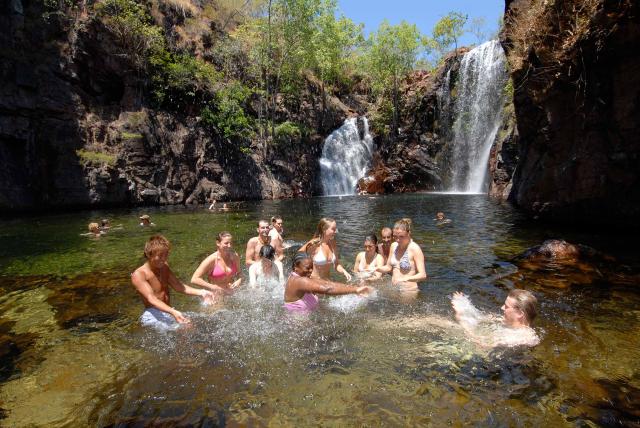 What to see in Kakadu National Park & The Top End

Where else would you find thundering waterfalls cascading into swimming holes and termite mounds rising out of the ground like tombstones, or hear the occasional rustle of a wallaby digging about in the scrubby undergrowth? Welcome to Litchfield, two-ish hours drive south of Darwin. The 1,500 square-kilometre park features monsoon forests, arid bluffs, plunging falls, quiet streams and, yep, those massive termite mounds, pretty much covering the whole gamut of environmental features. So if the thought of bushwalking through red rock gorges, cooling off in tranquil plunge pools and exploring million-year-old sandstone landscapes floats your boat, you’ve come to the right place.

According to local legend, the Rainbow Serpent Bolung dwells in the deep green waters of Katherine Gorge. And we can believe it. Katherine is basically 13 gorges linked together by river, rapids and waterfalls, and flanked by sandstone cliffs that are probably older than time itself. It’s a pretty spiritual place. As the river winds its way from Arnhem Land to the Timor Sea, it picks up all manner of curious flotsam: freshwater crocs, turtles, kayakers, swimmers and dreamers by the boatload (boatloads of dreamers that is – the crocs tend to swim).

These falls are both so good there’s two of ‘em (because, you know, one’s a twin and the other’s got two names). Depending on the time of year, these majestic falls in Kakadu National Park either rage with the fury of a thousand hungry dingos, or trickle over the rocks like a lazy snail. Either way, they’re a sight to behold. Although the road to Jim Jim is usually closed during the wet season (because of all that water), it’s well worth checking out during the dry season (especially when you combine it with a dip in the pools below). Twin Falls are usually at their most thunderous between December and May.

Maybe it’s the tropical climate, the wild frontier feel, or the local cast of eccentric characters attracted by both, but things tend to get a little ‘troppo’ (Australian for crazy) up Darwin-way. Just look at the local papers, most of which boast headlines like ‘Frog struck down by lightning’ and ‘UFO cut off my car’. For all its occasional uncouthness, laidback Darwin does possess a real charm. Stroll the sunset markets, laze about on the beach or kick back with a ‘frothy’ at the pub while the locals spin colourful yarns, and you’ll be embracing those NT vibes in no time.

Thanks Adventure Tours for managing our itinerary during the tour so as to keep us safe and to ensure a good experience even with the worst fire season known in Australia unfolding throughout the nation in the summer of 2020. Some of your tours were cancelled where necessary. I felt we were in good hands throughout. 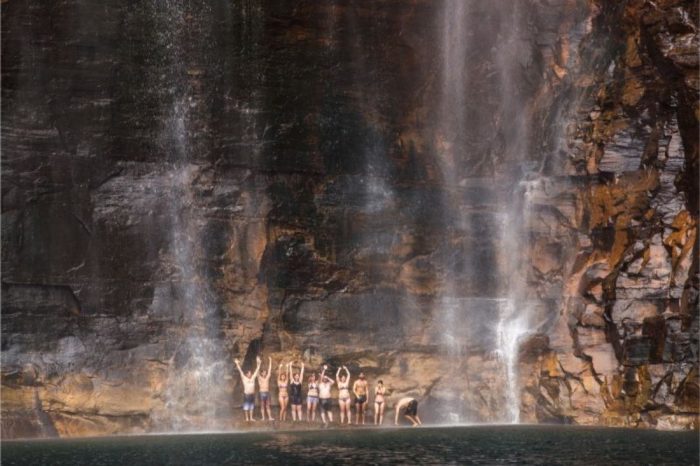 7 things to do in: Kakadu National Park.

The Red Centre might be the beating heart of Australia, but Kakadu National Park… 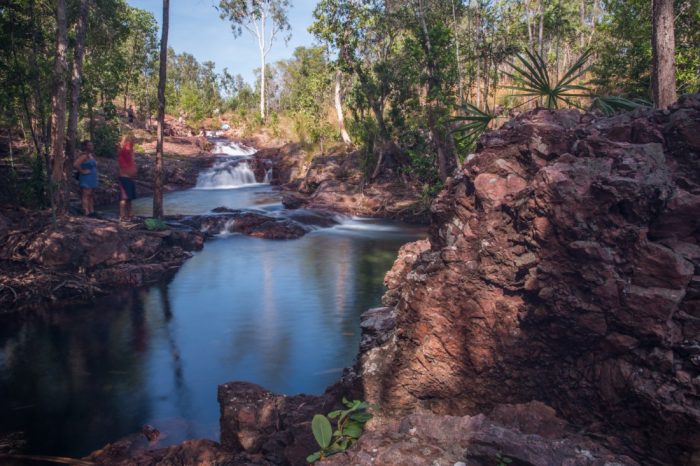 6 of the best swimming holes in Australia’s Top…

The Outback: it’s a word that evokes sprawling expanses and sparse plains of dry… 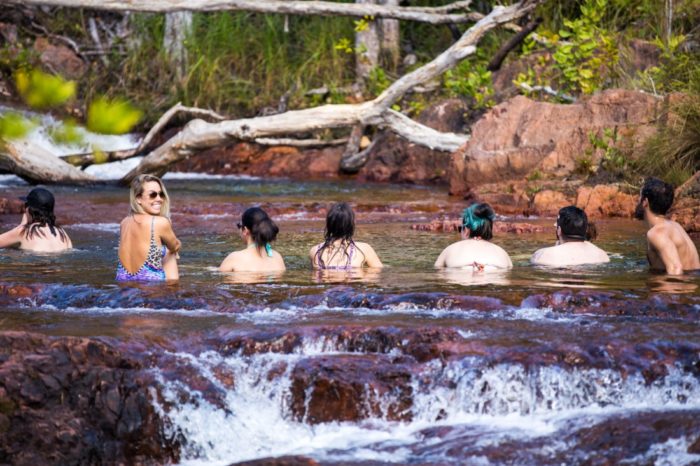 Heading Outback might seem an easy, “she’ll be right” sort of affair, but… 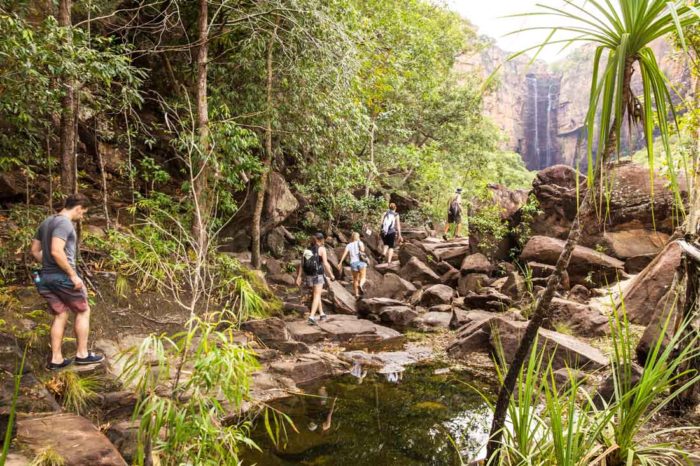 “Have you heard there’s a killer on the loose?” our tour guide asked us with a… 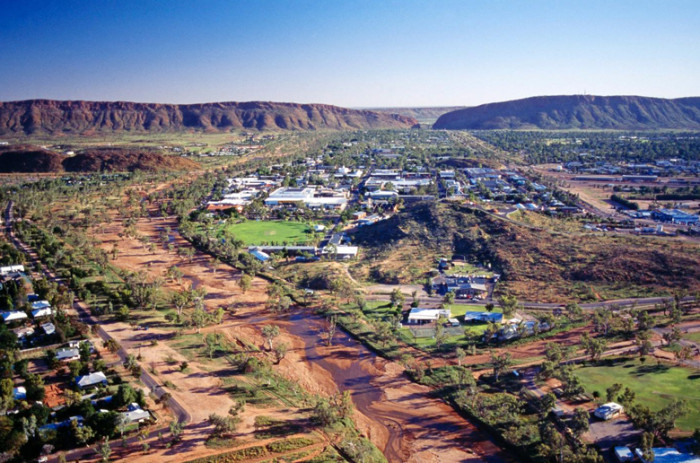 By Red Centre standards, Alice Springs is a sprawling metropolis. By any other… 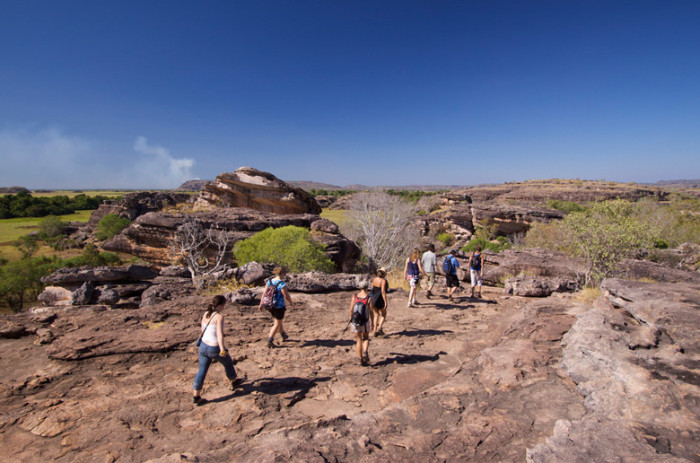 Want to know what a group trip in Kakadu looks…

We get asked a lot what a group trip in Kakadu National Park looks like. What do… 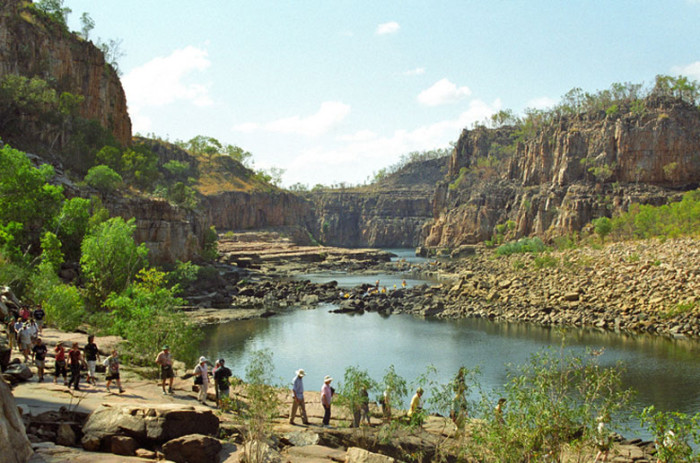