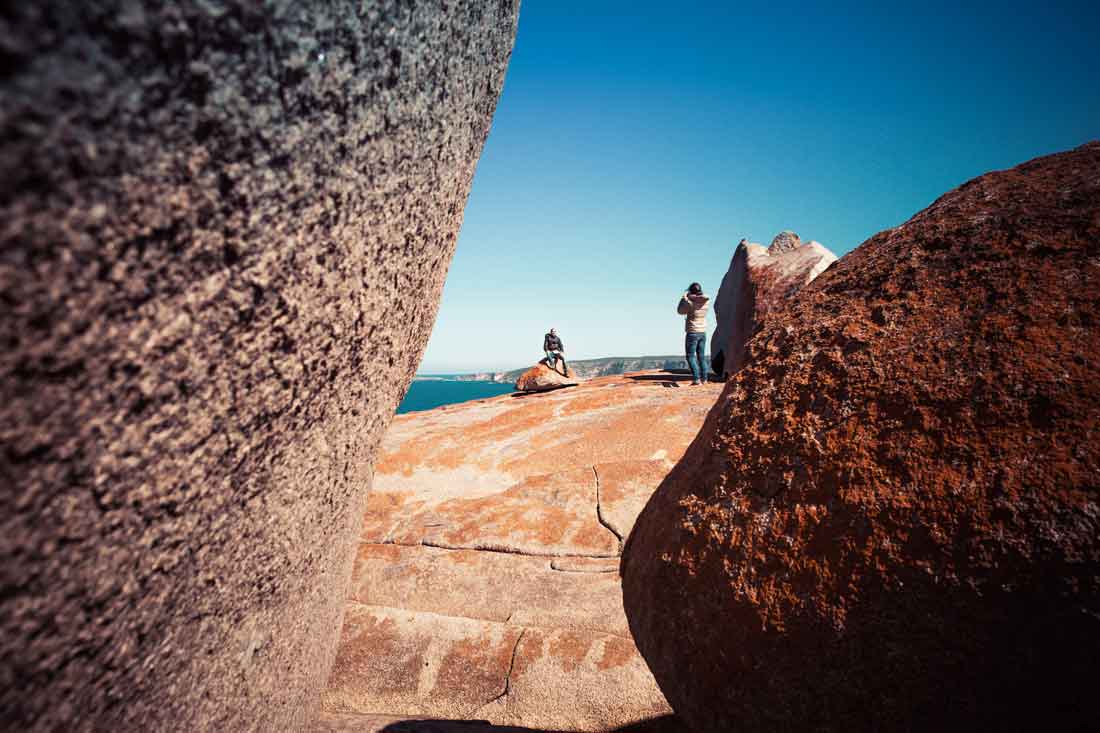 Long weekends – those blissful times of year when you get an extra day or two tacked on to your regular weekend. It can be sweet…but there’s always a bittersweet moment when you remember that an extra day or two isn’t going to be quite enough time to jet off to Bali for a yoga retreat, or the US for a schlep around New York. We can’t slow down time to make 24-hour flights a viable option, but we can help you plan a trip that’s close enough to your city to not take up all your relaxation time – while still feeling a million miles away.

At just over an hour’s drive from Melbourne, Torquay marks the official start of the Great Ocean Road. As you drive there are a host of small towns to stop at for views, accommodation and food. Apollo Bay offers clifftop views, and is a short drive to the nearby Otway National Park. Set up camp beachside, but not before sampling some local seafood. A must-see along the road is the Twelve Apostles (well, eight now, thanks to erosion). Be sure to check out Port Fairy before you hit the end of the road at Warnambool. Port Fairy was voted one of the world’s most liveable small cities a few years back, and offers good food and a lively arts and culture calendar.

The Great Ocean Road is 664 kilometres long, and can easily be completed in three days – but we suggest heading north after you reach the end of the road. It’s about a two-hour drive to Halls Gap in the Grampians National Park. This is the epicentre of the park, and an excellent base from which to explore its historic mountains and waterfalls. There’s plenty of Aboriginal art to see in the area, and it’s a fairly easy three-hour trek back to Melbourne once it’s time to return to reality.

While a tropical island getaway sounds ideal, it’s not realistic for a long weekender from Adelaide. But you know what is? Kangaroo Island, an easy one-and-a-half-hour drive and 45-minute ferry ride from the South Australian capital. Known for its expertly prepared local produce and well-maintained spread of national park, it’s ideal for languorous long weekends. Sample local cheese from Island Pure sheep dairy and world-class oysters at American River, and cap it all off with a bottle or two from the island’s first winery, Dudley Wines. Head to Bales Beach to catch a glimpse of sea lions, and play spot-the-koala (the island is home to more than 13,000 of them).

A mere one-hour flight, or five-hour drive from Alice Springs lies Uluru, perhaps one of Australia’s most notable landmarks, and a jaw-dropping long weekend getaway destination. Watch the sun rise and set around this sacred Indigenous monolith and eat dinner under the stars as it towers before you. Make time to visit the lesser-known Olgas – a set of stones similar to Uluru, which are thought to have once been one large rock, almost double the size of its more famous neighbour. On your way back to Alice Springs, stop at Kings Canyon for a hike along the top of its sheer sandstone walls, as you look down on dense palm forests and waterways – a nice change from the red desert sand of the outback. Of course these days, with flights from capital cities into nearby Yulara, Uluru makes a great long weekend escape no matter where you’re coming from.

The natural splendour of Australia’s Top End is within easy reach of Darwinians, and Kakadu is really a must-visit for its unique floodplains, deep gorges and waterfalls, and flourishing wildlife. About a three-hour drive from Darwin, it’s the perfect distance for a long weekend escape into the wilderness. Catch a boat down the Mary River to try and spot a crocodile, and plonk yourself in the middle of the Nardab Floodplain to take in swathes of grassland and rocky escarpments. Later, go swimming in one of the nearby waterholes (just check and make sure there’s no crocs sharing the water with you). The park is also home to ancient Aboriginal rock paintings in Ubirr – some of which have been dated back to 30,000 BC.

Though Cape Leveque, on Western Australia’s Dampier Peninsula, is only a little over 200 kilometres from Broome, it can take up to six hours to traverse the road, which is unsealed in large parts (we recommend borrowing a mate’s 4WD and buckling up…). A stunning expanse of natural beauty, the Dampier Peninsula plays host to turquoise waters perfect for snorkelling, red stone formations lining white-sand beaches, and reefs exposed at low tide, creating mini waterfalls as the water funnels off the coral. Meet local indigenous communities at One Arm Point, and learn about the history of the area’s people. You can see how they live day-to-day, and visit the famed Beagle Bay Church, where the altar is made from shimmering pearls. See how pearls are harvested at Cygent Pearl Farm, and admire the ‘giant tides’ – the world’s largest tropical tides, where whirlpools and cascades are created as the water rises and falls up to 12 metres at a time.

From Perth: Esperance and Margaret River

A post shared by Carlie Noakes-Madson (@townhousemargaretriver) on Mar 1, 2017 at 3:20pm PST

Western Australia isn’t a small state, and even the closest weekend getaways can be a solid seven-hour-plus drive. You could fly to Esperance to kick of your weekend adventure, but we recommend breaking your journey into parts, making a pit stop at Margaret River on the way there, and Wave Rock on the return journey. Known as a centre for gourmands, Margaret River has plenty of breweries, chocolate and cheese manufacturers, and wineries to keep you sated. The nearby Ngilgi Caves are chock-full of ancient stalagmites and stalactites, and the caves and the surrounding vicinity have played an important part in the Dreamtime for more than 50,000 years.

Hear all about it on a Koomal Dreaming tour, before setting off for Esperance. This coastal town is surrounded by five national parks on one side, and expanses of ocean on the other. Keep an eye out for kangaroos hopping along the beaches, and dolphins shooting out of the water. A close drive away are the Stirling Ranges, perfect for keen bushwalkers, wildlife spotters or those who just want to take a nice photo (for that, head to the peak of Frenchmen’s Peak). You may have seen Wave Rock on Instagram, but we guarantee it’s way better in real life. Carved out by millennia of erosion, this astounding formation truly does look like a wave that is on the verge of crashing. From there, it’s just under four hour’s drive back to Perth; you’ll be fresh for work the next morning.

Ready for the ultimate long weekend? Check out our short break adventure tours.

Che-Marie threw in her excellent job at a food and travel magazine to go eat some food and travel. She's since skiied her way across Vermont, shivered her way through Budapest, and climbed to the top of what feels like every Italian duomo known to mankind. From her new base of London she's ticking off countries one at a time, dragging a suitcase that is really much too heavy along behind her. Follow her @chemariet