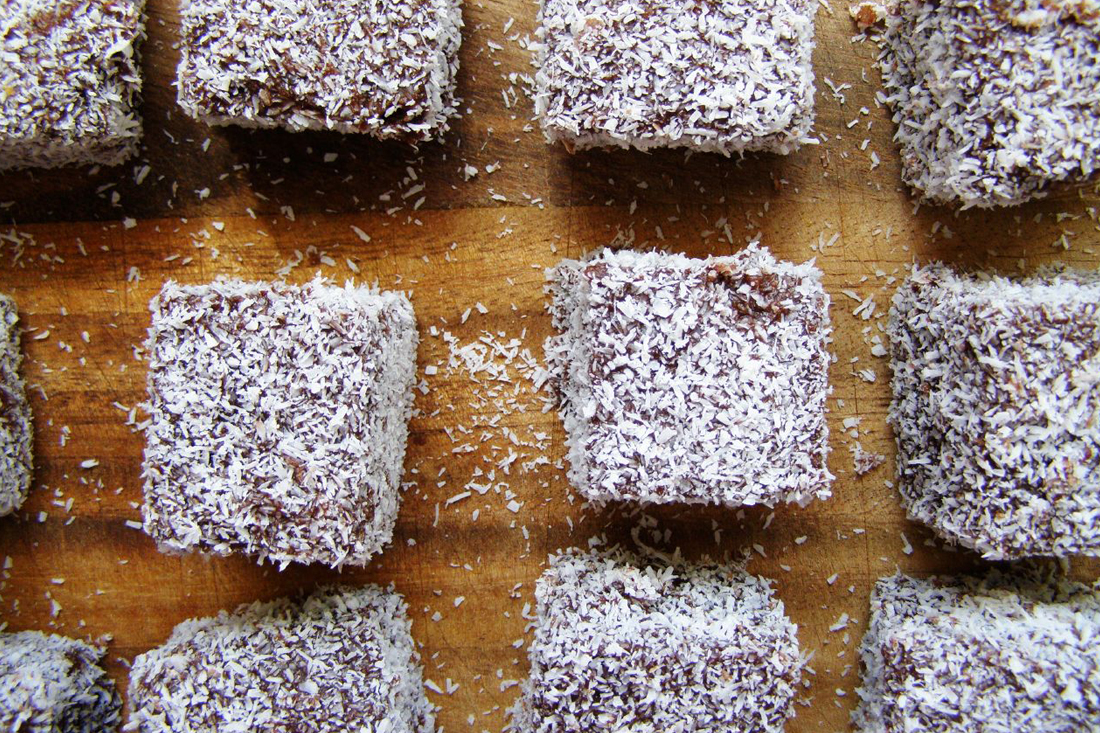 So, you’re heading Down Under and keen to sample a few of the local delicacies. If you’re not into the idea of eating the critters on our Coat of Arms in a gourmet Roo-Mu burger, get thee to the nearest milk bar (aka shop), supermarket, bakery or car park to try one of the following quintessential Aussie snacks: 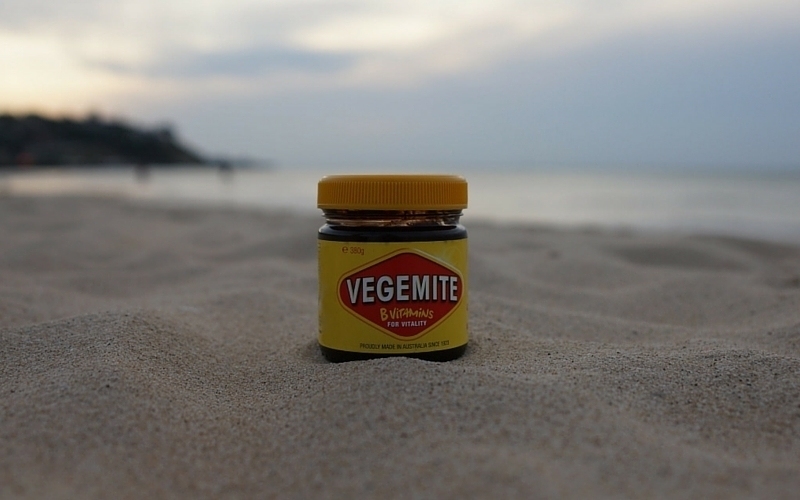 Take your Vegemite everywhere you go. Even the beach. Image c/o ant-o-rama, Flickr

No Australian trip is complete without sampling our most famous – and divisive – condiment: Vegemite. There are certain rules that must be adhered to when venturing into the dark waters of Australia’s national spread:

After following these hard and fast rules, you’re ready. Collect a small amount of spread on the tip of your butter knife and slowly, carefully and sensibly, scratch the sticky condiment across your toast. Do NOT attempt to get an even consistency; it does not need to cover every inch of bread. It is okay if there appears to be more butter than Vegemite. Less is more. Less is ALWAYS more. Keep a glass of water on hand, just in case. And then, you’re ready. Bite into your crispy, black toast, being mindful of the sensations bombarding your tastebuds; try another mouthful, if you dare. Then, immediately stock up on jars and jars and jars of the stuff, because guess what? Vegemite is pretty delicious when prepared correctly. 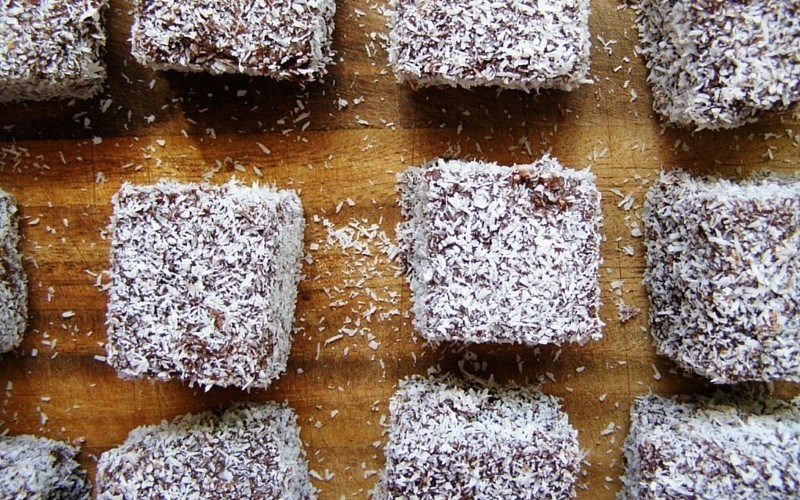 What’s the big deal about lamingtons? It’s just a square of sponge cake, covered in chocolate ganache and rolled in desiccated coconut. Pfft. Whatever. Until… you put that fluffy chocolate-y square of deliciousness into your gob (Australian for mouth) and relish in its sweet, spongy goodness. ‘Invented’ by accident (as all good inventions are), the lamington came into being in the 1800s in the home of Queensland’s eighth Governor, Lord Lamington. Lord Lammo demanded a delicious sponge cake of his maid, who – shock horror – DROPPED the fresh-baked sponge into a puddle of melted chocolate, that just happened to be there. To prevent dirty, chocolate-covered fingers, she rolled the cake in coconut before serving and voila! The Lamington was born. 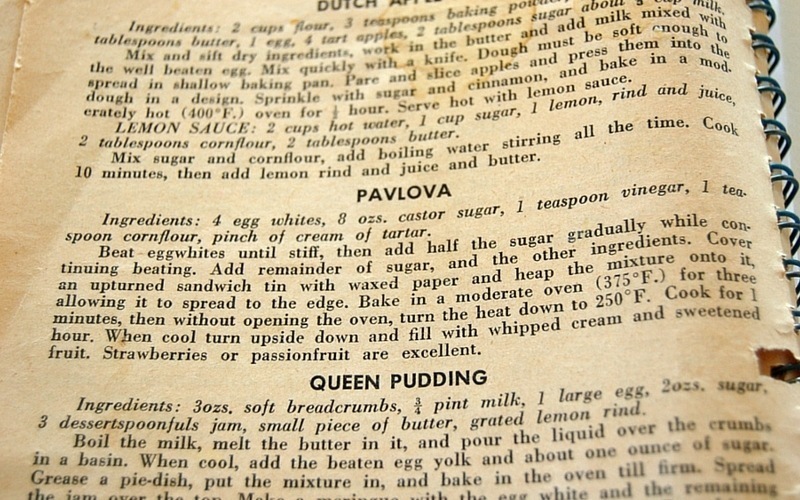 Australia and New Zealand have had a fierce rivalry since Russell Crowe was knee-high to a grasshopper, predominately based on Oz’s theft of Split Enz, Keith Urban and Phar Lap and claiming them as their own. However, they can finally lay their most tumultuous argument to bed: the pavlova, in fact, originated in America. History of desserts aside, let’s talk pav: a meringue base, with a chewy, gooey, sweet centre, topped with Chantilly cream (basically just cream whipped with lots of sugar) and fresh fruit. Simple. Yet delicious. Best enjoyed on a 40°C Christmas Day after gorging on too much roast pork. 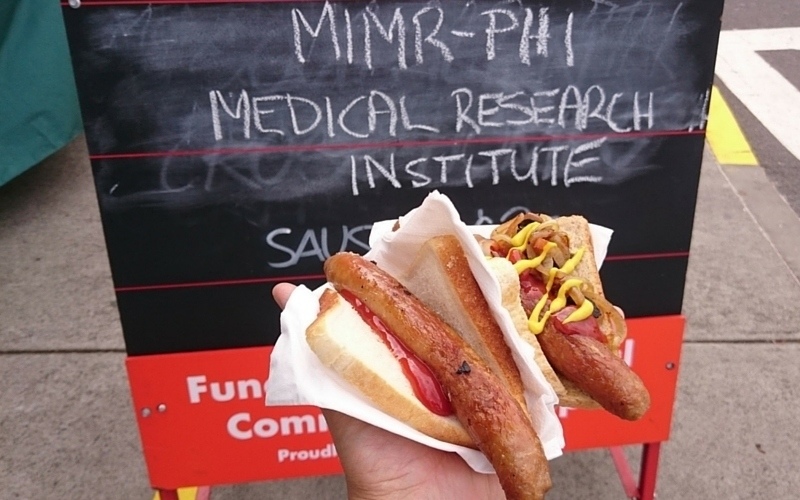 Business on the left, party on the right. Image c/o @avlxyz, Flickr

A mainstay in hardware store car parks across the country, this Aussie delicacy is the perfect entrée to a long roadtrip (followed by packets of salt & vinegar chips and a meat pie from the ‘servo’ – or service station). Consisting of a supermarket sausage, barbecued on an outdoor grill by members of an RSL or local school council, and served on a slice of cheap white sandwich bread, sausage-in-bread is best enjoyed with lashings of T-sauce and mustard. Sausage connoisseurs may like to fancy things up with a tongful of fried onions. Cost: $2.

What even is a Chiko roll? That is the question. When it first emerged in Aussie milk bars in the 1950s, it was called a Chicken Roll, despite not containing any actual chicken. Since then, it has been at the vanguard of one of the most sexist advertising campaigns ever to exist on our wide brown land; unsuccessful, I’m guessing, given that I’ve never actually seen someone eat a Chiko roll. So what are they? It’s basically just a bastardised version of a spring roll: cabbage, carrot, celery and onion (with a bunch of unpronounceable preservatives) encased in an over-fried pastry shell and served in its very own branded paper bag. Best served with a banana-flavoured Big M on a beach for a premium Aussie experience. 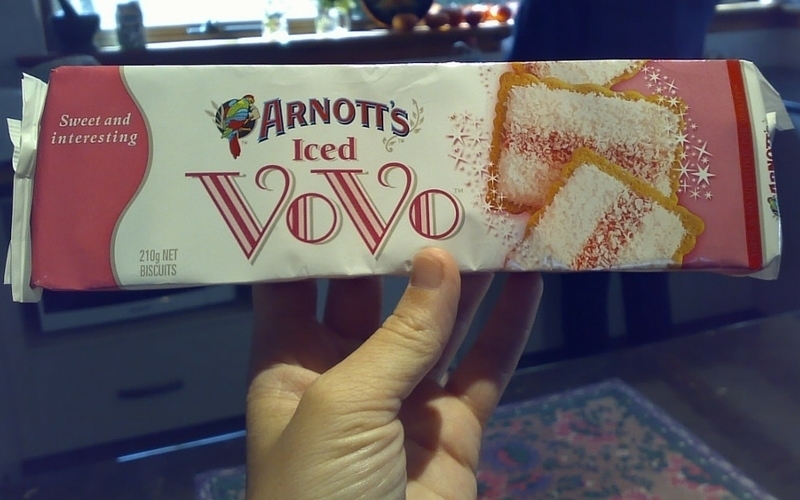 When I first tasted an Iced Vovo in the mid-1980s, I thought it was the fanciest biscuit to ever grace the daisy-print saucers at my gran’s house. Rectangular in shape, the biscuit base is plain, crisp and yellow, smeared with a light layer of jam. Then – BAM! – straight out of left field comes eight perfect dollops of (wait for it) marshmallow, with a sprinkling of coconut. You see, to a seven-year-old, this is the epitome of fancy: pink, fluffy, and a little bit of everything in one. But upon revisiting the Iced Vovo in recent years, they’re really not all that. The biscuit base has a slightly stale, almost wet texture, the jam is too sweet, and the marshmallow has the consistency of thousand-year-old chewing gum. But maybe that’s just me.

When a Tim Tam is in sight, do whatever it takes to get to it, even if it means elbowing small children/elderlies out of your way. Constructed of two chocolate malt biscuits separated by a velvety layer of a synthetic-yet-delicious chocolate cream, then encased in more chocolate, Tim Tams are available in a variety of flavours, such as dark chocolate, chewy caramel, peanut butter (FYI, does not contain any peanuts) and the hugely revolting cheese flavour. But really, just stick with the original. Fact 1: you cannot stop at just one Tim Tam. Fact 2: Tim Tams were named after a horse. 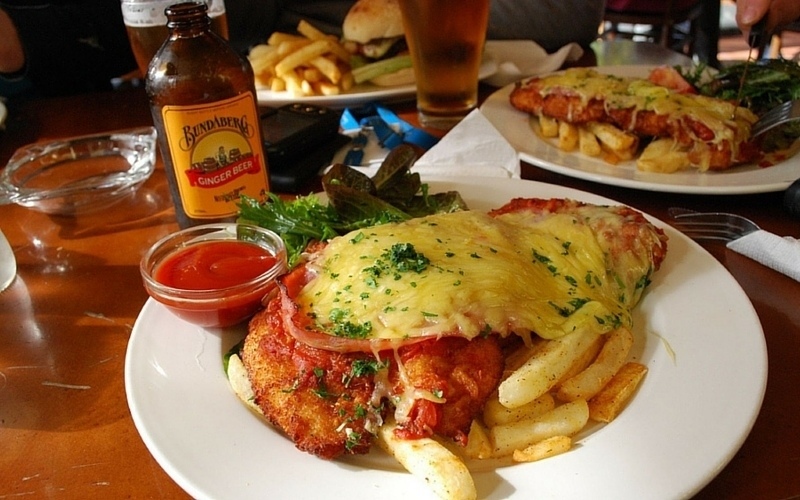 With a name like parmigiana, you’d be forgiven for thinking the chicken parma set down its gastronomic roots in Italy. Think again! Created in North America, it was quickly appropriated by Australia, who embraced its crumbed chicken fillet, tomato sauce and melted cheese goodness. You’ll find it on just about every pub menu in the country, served alongside hot chips and a measly green salad. Watch out for the Parmasaurus, where the chicken fillet is larger than the plate it’s served on.

When I'm not riding a camel into the desert, robot dancing in a weird Venezuelan bar or kayaking through dugong-filled waters in the Philippines, you'll find me writing about travel, reading about travel, and planning my next travelling escapade. I choose destinations based on how cute/terrifying the wildlife is and alpacas are my power animal.