Home Guides Ningaloo reef: the best snorkelling in Australia (outside of the Great Barrier Reef)
Guides 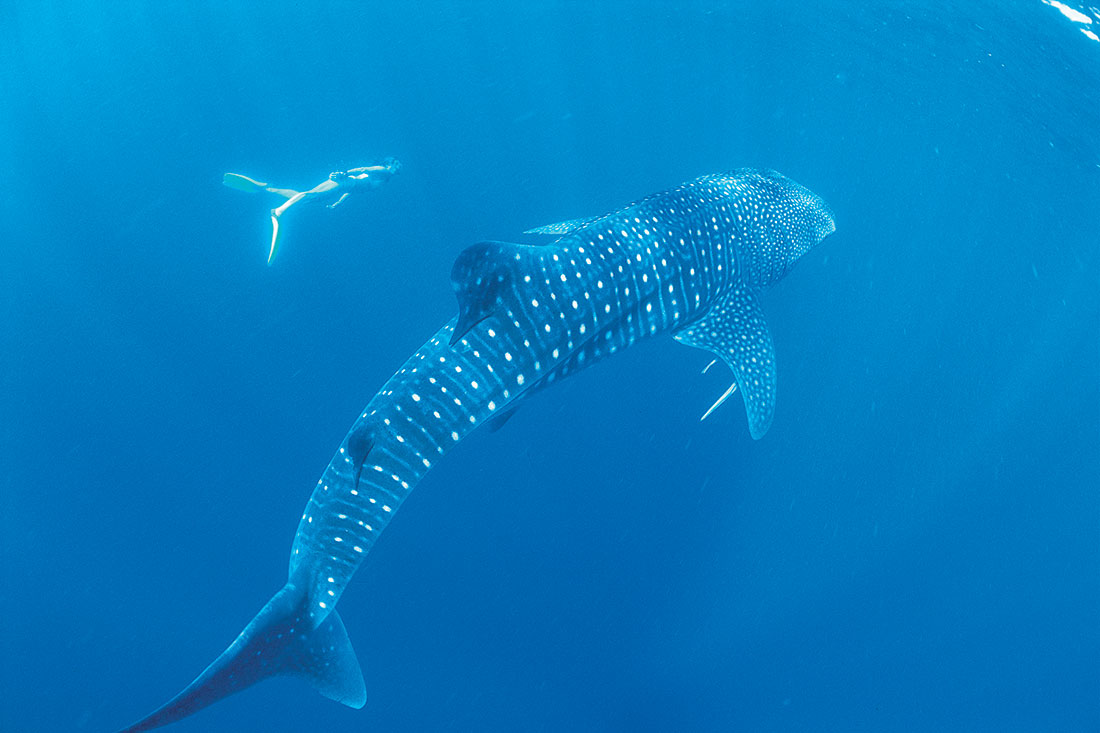 If there’s a snorkelling experience as good as the Great Barrier Reef in Australia, then it’s probably Ningaloo. This unspoilt area of northwest Western Australia has been named a UNESCO World Heritage site because of the diversity and abundance of its native animals and plants. It’s also pretty isolated, which means if you like a bit of adventure with your snorkelling, then the Ningaloo reef is definitely for you.

Here are some of the reasons why Ningaloo reef has the best snorkelling apart from the Great Barrier Reef – and a few why it’s even better.

Growing to an average length of 10 metres, whale sharks are the largest fish in the sea, double the size of the great white shark. Even better, whale sharks are filter feeders who only eat plankton, so swimming with them – while keeping a respectful distance – is definitely one for the bucket list.

Many Australians travel to the Philippines – or as far afield as Mexico – to swim with whale sharks. There’s no need, guys: they’re on your doorstep (if you count 1,200km from Perth as your doorstep). Up to 500 whale sharks come to Ningaloo reef every year to feed between March and June.

Visit the Ningaloo Reef on our Broome to Perth Overland trip >

Ningaloo is untouched by the heart-breaking coral bleaching that has devastated parts of the Great Barrier Reef over the past two years, although some bleaching did occur in 2011 around Bundegi at the very northern tip of the reef. 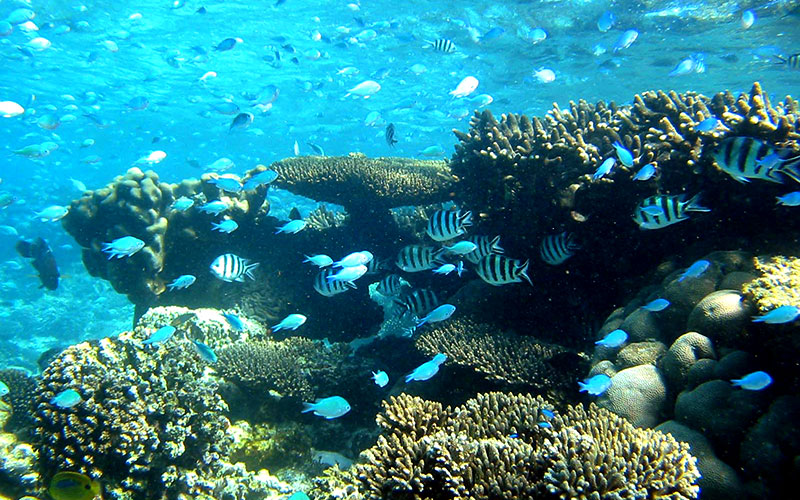 Snorkelling from the shore

Once you’ve made the epic journey to the west coast of Australia, Ningaloo reef is actually far more accessible than the Great Barrier Reef. Although you can take a boat trip to the Ningaloo reef, portions of it are just 500 metres away from the beach so you could just get there under your own steam or in a kayak. Lakeside, Turquoise Bay, Oyster Stacks and Coral Bay are all good entry points for snorkelling. 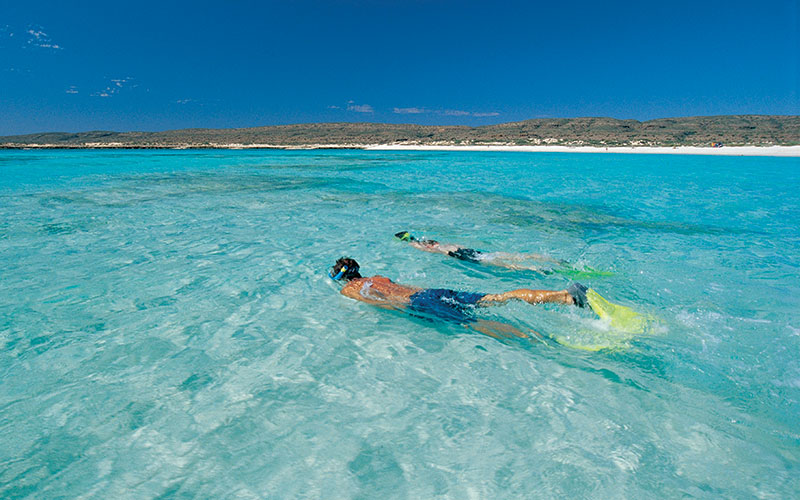 Yes, Ningaloo is a long way from anywhere. But there are advantages to that: the mass tourism of the Great Barrier Reef is yet to take off on the Ningaloo Coast and, looking at the dreamy, empty beaches and a town where emus have right of way (we’re looking at you, Exmouth), you wonder if it ever will.

Thousands of humpback whales migrate along the Western Australian coast every year and if you visit Ningaloo reef, you might be lucky enough to swim with them, although there are strict rules around how close you can approach them. These fellas weigh up to 40 tonnes and those fins are twice as long as you are high, so that’s probably for the best. 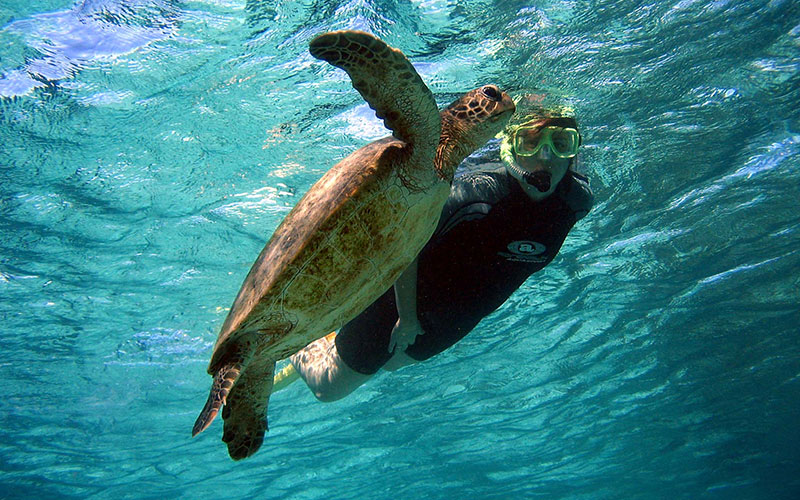 You know a place is worth visiting when manta rays, dolphins, turtles and dugongs are relegated to ‘other’. Yes, dugongs, aka ‘sea cows’ – those bizarre marine mammals who graze underwater on seagrass! There are tens of thousands of these strange animals along the Western Australian coast.

Add to that 500 species of fish, 300 species of coral and 600 species of mollusc. There’s even an animal that was thought to be extinct until it was found in Ningaloo in 2015, the short-nosed sea snake.

How do I get to Ningaloo reef?

Join an Adventure Tours Australia trip! The Perth to Broome Overland trip goes to Coral Bay and Exmouth. Snorkelling with whale sharks costs extra, or you can just go to one of the areas where the reef come within 500m of the shoreline (Coral Bay, for example) and dive in!

When’s the best time to go to Ningaloo Reef?

Animals are unpredictable, so nothing’s guaranteed, but these are generally accepted as the best times for certain activities:

Manta rays: You can see them all year round, but your best chance is between May and November.

Tim is the managing editor of Intrepid blogs. He's lived on three islands, in ascending size order: Tristan da Cunha, the UK and Australia. He will travel anywhere as long as there is a charismatic animal, a volcano or a beach, which means Galapagos is his ultimate ambition.