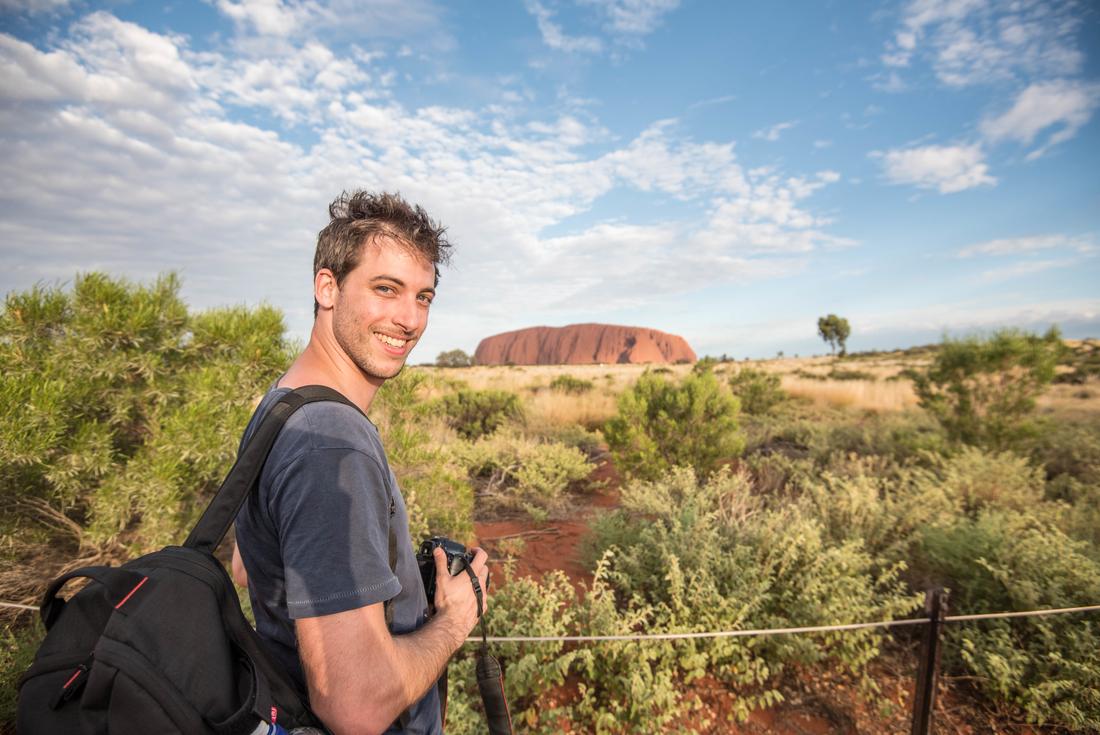 Encompassing rock-bound waterholes and weathered mountain plains, the Red Centre is one of the most iconic parts of Australia. And in the middle of this scorched region, over a thousand kilometres away from any capital city, you’ll find majestic Uluru.

Exploring Uluru has been described as the ultimate Australian pilgrimage. Sacred to Indigenous people, Uluru and its surrounds – Uluru-Kata Tjuta National Park – have been home to the Anangu people for almost 30,000 years.

And now, thanks to the magic (and technological advances) of Google Street View, the park can be experienced virtually:

Created with the help of Google’s Story Sphere platform, the 360-degree panoramic footage is taken from the perspective of a walker exploring the sacred land by foot.

To capture the footage, a Google Street View trekker walked the perimeter carrying a 15-lens camera in her backpack. The result is a multi-dimensional viewing experience. Click on the image below to start navigating:

The experience respectfully does not include climbing the rock, which is considered a desecration of one of the most sacred Indigenous sites in Australia. While there are no legal bans on climbing, ATA strongly encourages all our travellers not to climb out of respect for the traditional owners.

You can experience the full virtual tour of Uluru-Kata Tjuta National Park here.

If you’d like to see this spectacular part of the world in real life, Adventure Tours offers a number of excursions to Uluru. Many of our Red Centre tours offer a Mala cultural interpretative walk around the base of Uluru with a local Indigenous guide.