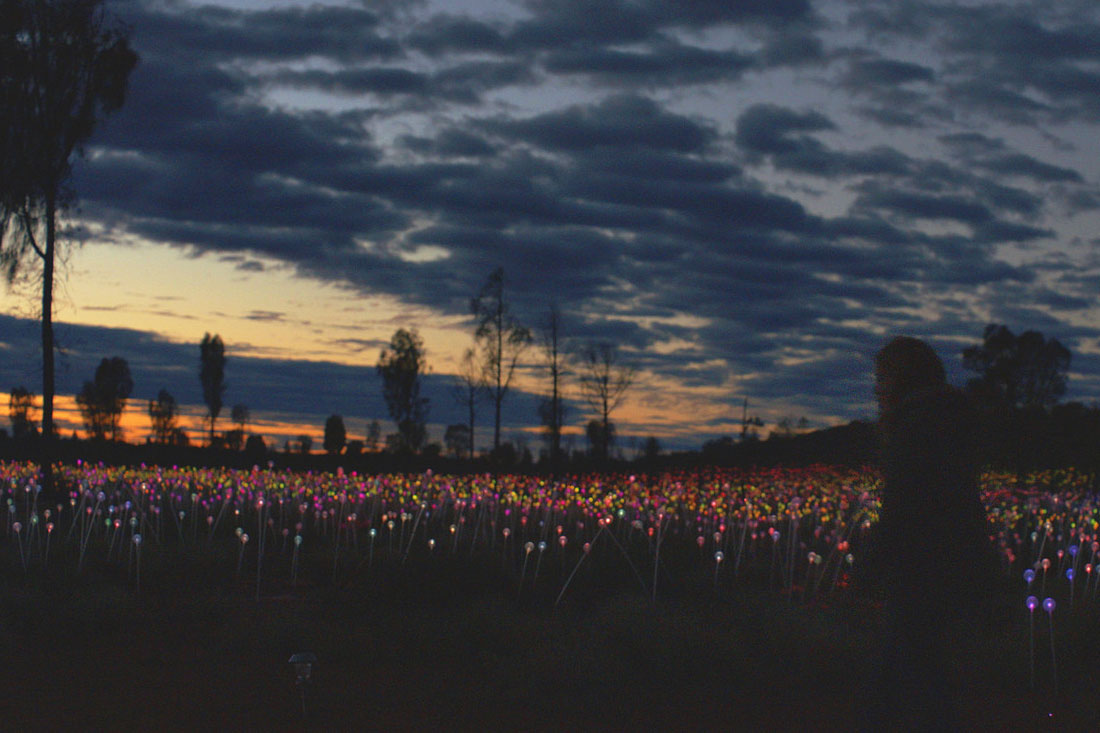 Visit Uluru at dusk and you might be surprised to see the ground suddenly light up in technicolour bursts. These blooming fields of vivid yellow, purple and pink are part of a spectacular outdoor exhibition in Australia’s Red Centre.

Titled ‘Field of Light’, the striking light exhibition is the brainchild of Bruce Munro – an internationally acclaimed British artist who has toured his creation to iconic locations around the United Kingdom, Mexico and the United States. Munro says he was first inspired by the vastness of the night sky while camping next to his beat-up van on a dusty road near Uluru in 1992.

The installation is comprised of 50,000 slender LED lights topped with frosted-glass spheres, which have been planted in an intricate network around the base of Uluru. So far over 100,000 guests have been lucky enough to see the work, which covers the same area as four football fields.

‘Field of Light’ has been so popular that the Northern Territory government recently announced that the display would be extended until 31 March 2018 – a year longer than it was originally intended.

Check out this incredible video from the team at Ayers Rock Resort.

To visit Uluru and see this spectacular light show, book a spot on one of our Uluru tours.