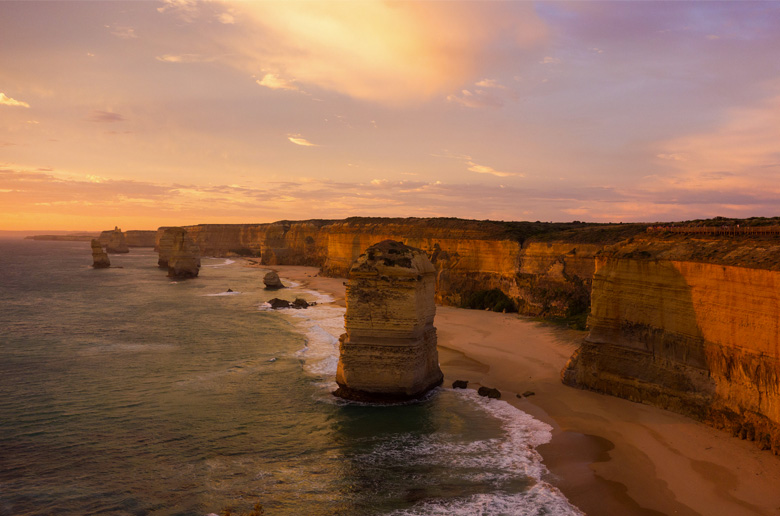 Greece is blessed with a bounty of natural wonders: the craggy hills of Meteora, the black sands of Santorini…the Twelve Apostles. Wait, what? Rewind that last bit.

Turns out Greece’s latest tourism video includes a short clip of Victoria’s greatest coastal attraction, which happens to sit 15,015km away from, you know, Greece itself. The short Apostles clip, which was actually taken without authorisation from the work of local filmmaker Alex Cherney, appears incongruously alongside more traditionally Grecian vistas, like the Acropolis and Mykonos etc.

When pressed about why Greece was using Australian landmarks in their tourism videos, The Greece National Tourism Organisation  defended its choice, saying the stars above the Twelve Apostles carry Greek names. “The mythology of the sky at all latitudes and longitudes of the earth is Greek,” they added in a statement, which feels a little like the Tourism Board equivalent of the Dad from My Big Fat Greek Wedding:

Cherney, whose footage was used without his permission, has since been compensated by the Greek National Tourism Organisation, but the shot of Victoria’s eroding coastline remains in the film, beautiful and confusing in equal measure.

We can’t help you with a trip to Greece, but we can do the Twelve Apostles. Check out our Great Ocean Road tours for more info.