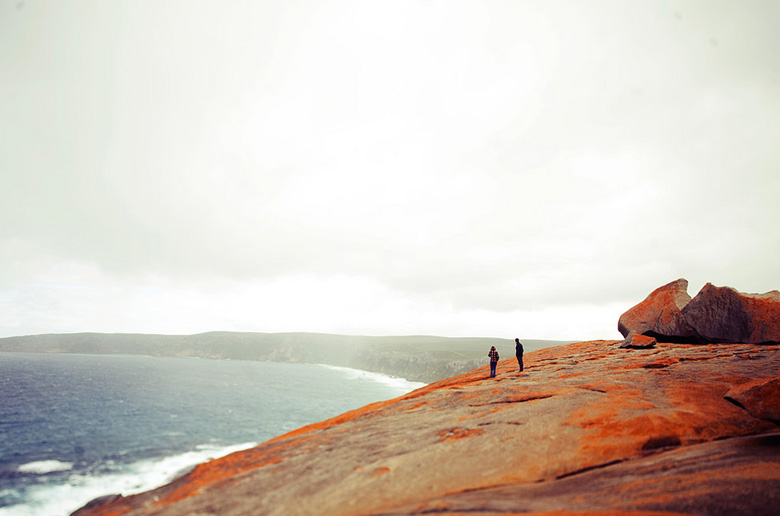 As night falls over Kangaroo Island, hundreds of local residents hop out from beneath the trees to graze on the grassy hills. They’re a special subspecies of Western Grey Kangaroo, native to the island, and they’ve thrived here thanks to a complete lack of natural predators and some pretty strict conservation laws. But as the light fades, a truck doing 110kph (a legal speed, in these parts) zooms along one of the island’s long, straight highways. Anything it hits doesn’t stand a chance.

It’s a local speeding problem that photographer Doug Gimesy has captured perfectly in his award-winning photo, The Killing Field. 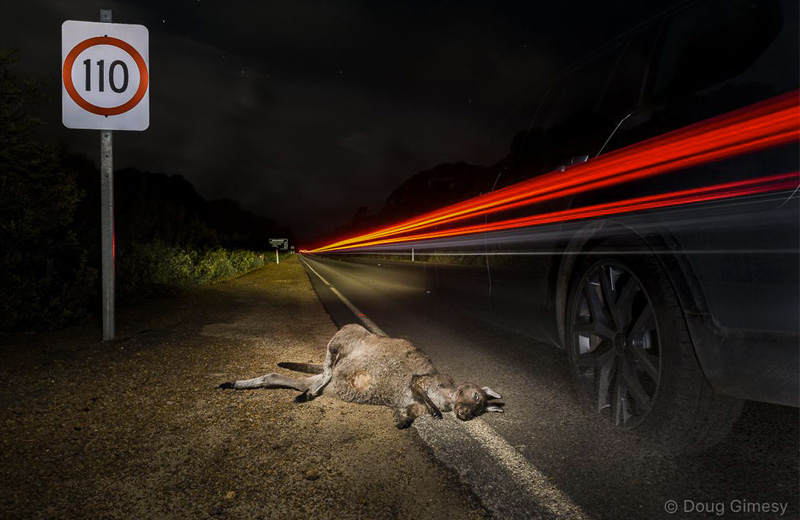 The pic picked up top spot in the Our Impact category of the annual Australian Geographic Photographer of the Year.

“We hope that the publicity around the image and the video, along with many other things we are working on will raise awareness of the issue of speed and wildlife road trauma,” said Gimsey, who’s campaigning for more appropriate speed-limits on the small island to better protect its precious native wildlife. “We hope this will drive policy change, so the known ‘hot spots’ on Kangaroo Island have dusk-to-dawn speed limits introduced.”

Gimsey, and his partner Heather, also put together a video to highlight the impact these road deaths have on the residents of Kangaroo Island. They interviewed Sandy, a local wildlife carer, who came across an injured kangaroo by the side of the road.

Kangaroo Island is one of our favourite places to visit in Australia, and we sincerely hope photos like this one can go some way to protecting the local wildlife.