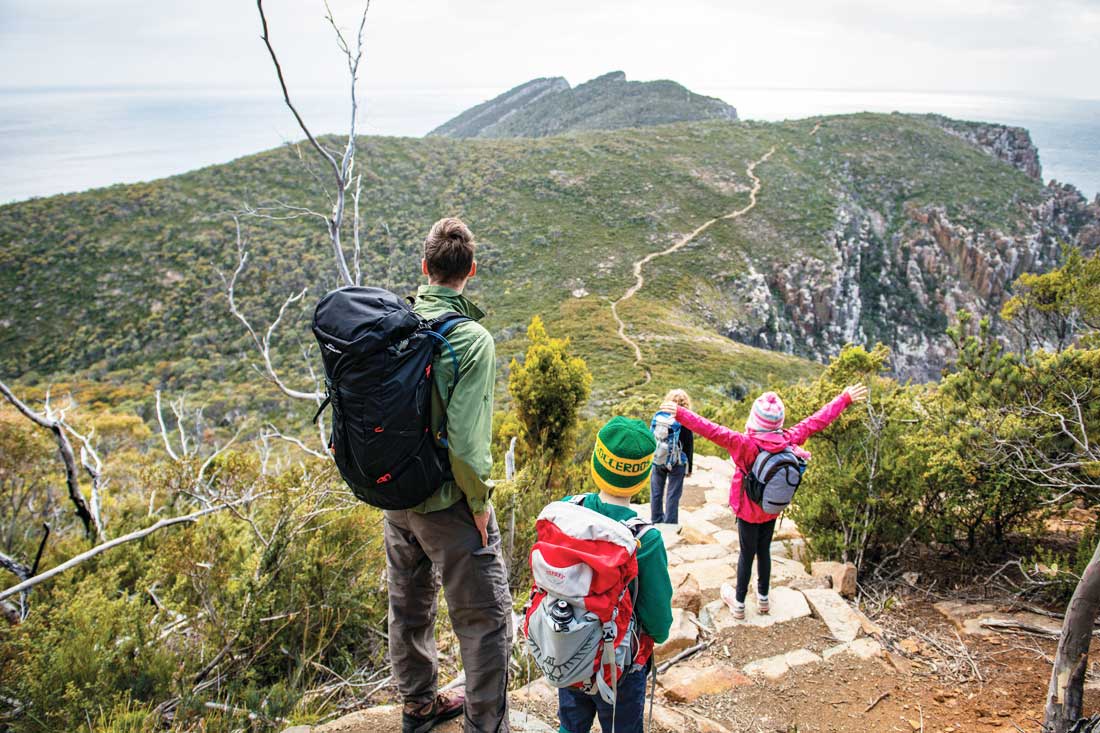 We’ve been travelling around Australia for six months now. And as we get to the end of each state, the family invariably spends a few hours talking about the best spots. These features tend to vary person by person. For the kids – adventure parks, special treats, friends they made or animals they saw tend to dominate the highlight reel. My wife, she’s a fan of the creature comforts which aren’t always prevalent when you’re travelling in a caravan and you’re keen on sticking to campsites rather than caravan parks.

And so far, no one state has been an overall favourite across the whole family… that is, until now. Tasmania – thumbs up from all of us! 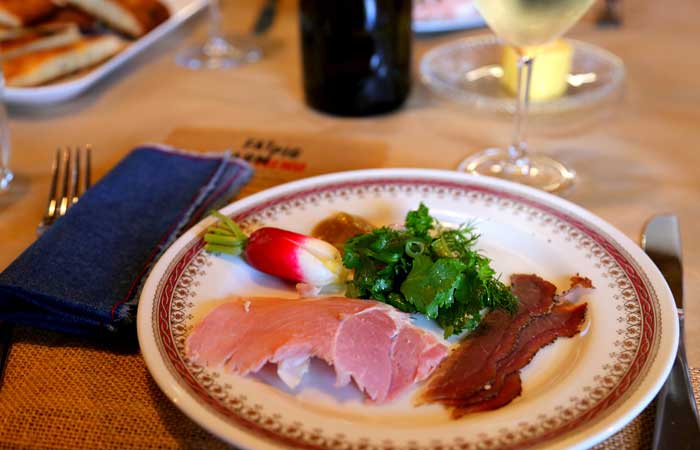 Starting with the head of the family – mum, the Foodie. There’s a long list of gourmet food to tempt your tastebuds on the Apple Isle, but oysters were certainly a hit, especially those on Bruny Island. We loved the idea of a drive-through oyster bar where you can pick up a few dozen of your favourite, head to a secluded beach and enjoy the delicacies with a squeeze of lemon.

Then there is the ice cream. I’ve tried to find the technical term for an expert ice cream-maker; either it doesn’t exist or this is a rare occasion where Google has failed me. Regardless, it seems that each town in Tasmania lays claim to an ice cream expert, so you’re never stuck for a way to reward the kids (and the parents) after a day spent walking the trails. 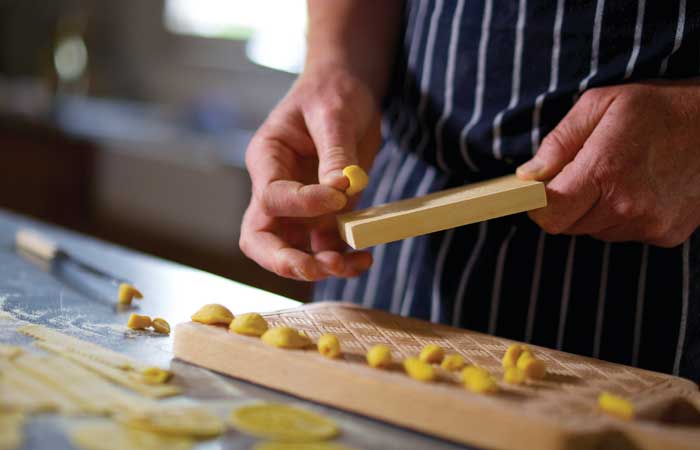 Cheeses, chocolates, berries seem to be everywhere too, many with natural, wholesome ingredients, connected to their source and made the old-fashion way. We’ve even seen vendors specialising in strange food combinations too – oysters and ice cream, or coffee and smoked salmon. Guessing they must be popular.

Finally, my wife loved the pace of Tassie. It’s just that little bit slower than the rest of the country. And I don’t mean that in a bad way. There’s an infectious peace and tranquillity to the island that helps you slow down and relax. For the oldest European colony in the country, the State still feels like it’s a little bit behind the mainland. It’s as though Tasmanians acknowledged the 21st century, but then all got together and agreed that they still prefer the old ways of doings things and have decided to stay in the 20th (or even 19th) century. And because they’ re all so comfortable with that decision, so am I – it’s a great, easygoing lifestyle.

As for the kids, they will remember the place partly for its food and partly for the shorter car rides – but the main things the kids really loved were the animals. There is no such thing as too many echidna stops! I lost count of the number of times we pulled over on the side of the road to investigate the spiky critters, let alone the number of encounters on the walking trails. 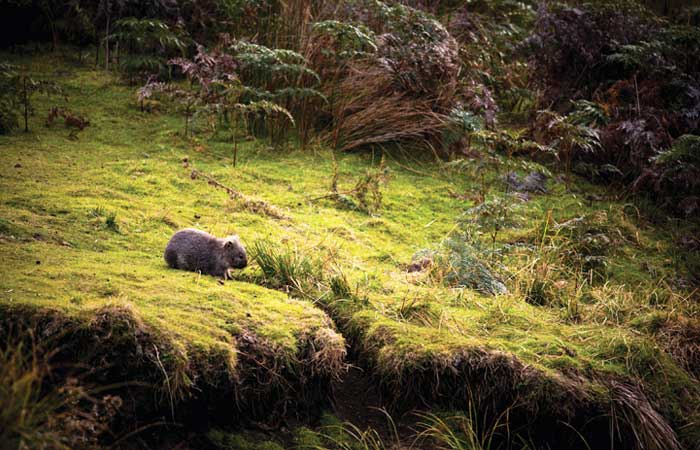 Cradle Mountain will always be remembered by the kids, not just for the beautiful walks (or the snow fight at the top of Marian’s Lookout), but mostly for the wombats. The final count was 21 – all in the fading hours of the late afternoon.

Platypus were also a hit – mostly (I think) for the fact that these creatures seldom showed themselves. We were lucky enough to see three of them, thanks to some early morning trout hunting expeditions. Being patient and still seem to be the key ingredients for seeing this elusive creatures. The Tassie Devil also proved to be elusive… a little too much so… we never ended up seeing a wild one, although the kids certainly had fun trying.

RELATED: BEHIND THE SCENES ON A TASSIE GROUP TOUR

4. Walk on the wild side

Other than the wildlife, it was the wild places that the kids also enjoyed. I’m not sure how it started, but the boys began howling like wolves (or maybe Tassie Tigers?) soon after we arrived on the island. For several days as we’ve walked the beaches and hopped the rocks around the Bay of Fires, the boys were constantly howling… at each other, at the wind and the waves. I can only put it down to the senses stirred by the wilds of Tassie. There is just something about it, in the air, the thunder of the waves, the howling of the winds, the biting chill in the air that seems to awaken the senses, raising the hair on your back and a glint in your eye. 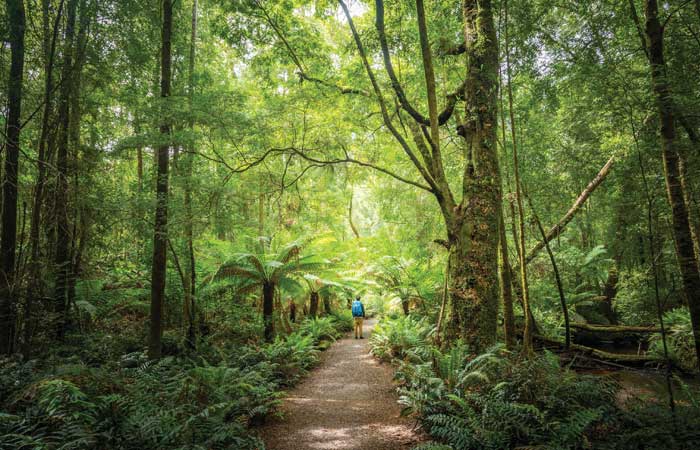 My wife and I couldn’t help but chuckle whilst watching boys shiver their way through a quick dip in the ocean, determined to enjoy it no matter how cold it was! The young ones would not be tamed by something as trivial as temperature.

And finally, the kids loved the old growth forests… grand, mystical, and enchanting. Tasmania has had a long history of conflict between conservationists and commercial loggers. I can only thank the conservationists for their struggles as the forests are truly amazing. There is a beauty and a presence about the giant trees and their moss covered understory that calms even the most ice cream-hyped child.

As for me, as the person in the family responsible for travel logistics, I loved the fact that it was so easy to get around. Drives are short, traffic is minimal and campsites are beautiful, cheap and easily accessible. I loved that I was able to drive through the centre of Hobart, caravan in tow during peak hour without a worry! The fact that the city boasts about its peak-15 minutes (as opposed to a peak hour) says it all.

I loved the walking trails, not just for their beauty and diversity – but for the way in which they are managed. Well maintained, but not overly sterile… accessible but still wild. And as the state is very used to walkers coming to enjoy its charms, there are a range of walks that suited everyone from the shorter walks that the kids loved to the longer hikes when dad just wants a good few hours to himself! And talk about diversity… snow covered peaks, mountain hikes, rainforest adventures or stunning beach bashes… the state had them all. There are also plenty of multi-day treks but we never attempted those. 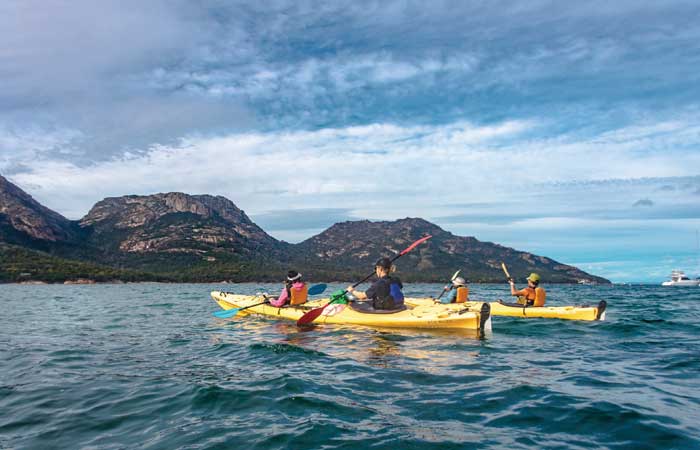 And finally, there is the fishing… off the beach or in the inland lakes and streams looking for trout. The beach fishing produced pretty regular feeds that kept the kids entertained and the hunter/gatherer instincts satisfied. And the inland trout adventures… well… not quite so successful on the fishing front but the scenery and the tranquillity were absolutely magical.

There is also many a historical attraction that a lot of the greying nomads marvel at, but to be honest we spent most of our time chasing the nature trails so we didn’t spend much time exploring the history books. I will say that the Port Arthur site was great – on a number of levels. Any historical site that could keep the kids engaged for nearly 6 hours has to be pretty impressive,

Want to see Tassie for yourself? Check out our expert-led small group adventures.

I’m Duncan – husband to an exceptional wife and father to five sons. With such a large, energetic brood – plane trips and hotels are not our type of holidays. Instead we love to get away in a caravan, to connect with nature in all of its guises… food, fun, freedoms and photos. Western Australia is our playground and main source of adventures, although we recently completed a lap of Australia experiencing some of the incredible places this country has to offer.