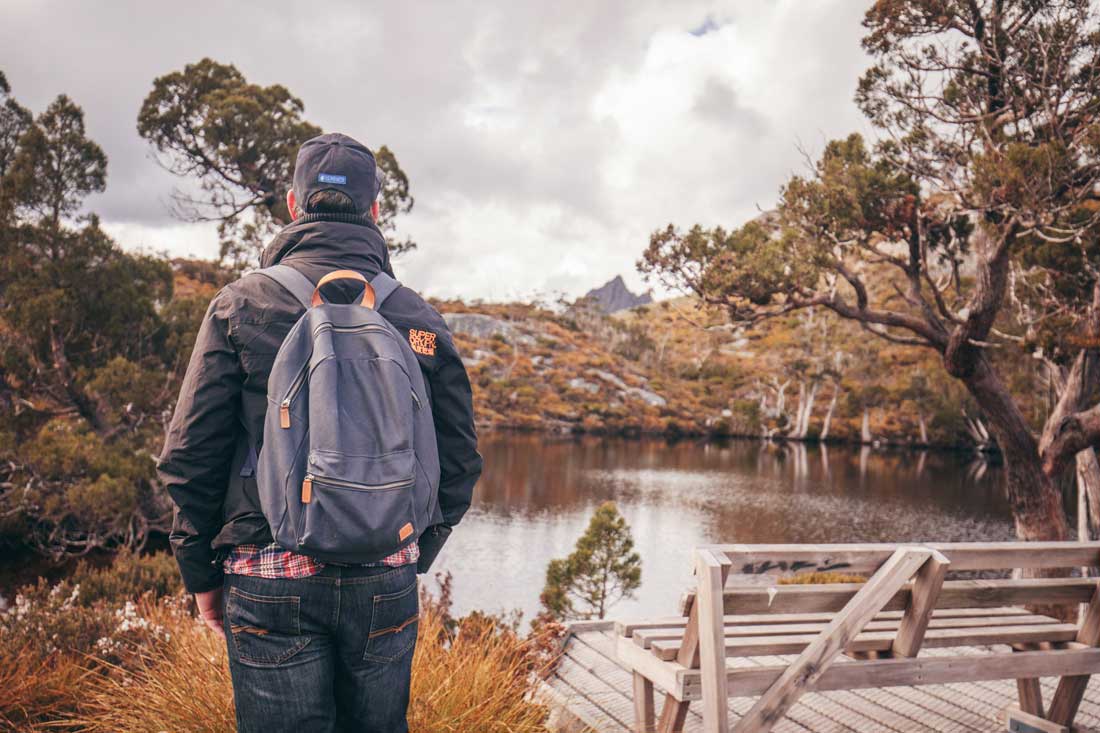 In a beach-obsessed country, it can be hard to convince Aussies to ditch the waves and try a lake instead. But Tasmania’s Lake St Clair may be the one to change people’s minds: it’s the deepest lake in Australia, the final stop on the famous Overland Track, and within handy driving distance of Cradle Mountain.

The lake was formed more than 20,000 years ago, when a glacier carved a ravine in the middle of the alpine landscape. it filled with melted snow and ice, and soon became a 120-metre deep lake, revered by indigenous Australians and, by the 1800s, European artists and and explorers. Now Lake St Clair is getting a reputation as a hiker’s dream. Walking tracks criss-cross the surrounding forest, and it’s right next door to the equally stunning Franklin-Gordon Wild Rivers National Park.

The newest addition to the Lake St Clair area – and its only truly luxury digs – is Pumphouse Point, a repurposed, never-used pumping station for the area’s unrealised hydro scheme. Set on a wharf 250 metres out into the lake, you can sleep surrounded by water looking out over ancient mountains from the hotel’s enormous windows.

Looking for something a little more rustic? Lake St Clair Lodge offers a variety of cabins and suites, as well as powered and unpowered campsites. While the cabins and suites are perfectly fine, the campground has to be up there as one of the most spectacular in Australia – the sites sit right next to the lake, which you can look across to ancient mountains and towering rainforest. If you’re lucky you might also spot an echidna or kangaroo. Bring your gold coins to pay for a hot shower after a long day’s trekking.

First thing’s first: bring your hiking boots. Like in any good Aussie national park, there are bushwalking tracks aplenty here. On the Franklin-Gordon Wild Rivers side of the lake, there are a range of light and more difficult tracks to tackle. The easier end of the spectrum are nature trails such as the Donaghys Hill Wilderness Lookout Walk and the Franklin River Nature Trail; they’re super short, but easy to knock off in a couple of hours if you’re not an experienced walker. Go bush-bashing every weekend and keen for a bit of a challenge? The Frenchmans Cap Walking Track is right up your alley. This four-to-five-day hike will take you to the summit of Frenchmans Cap, a stand-out pinnacle made of silver quartzite. It leads winds its way across plains, through rainforests of Huon Pine, and down into the region’s glacial valleys. It’s not for the faint-hearted, though – harsh conditions can spring up out of nowhere. Try December to April for more temperate conditions. 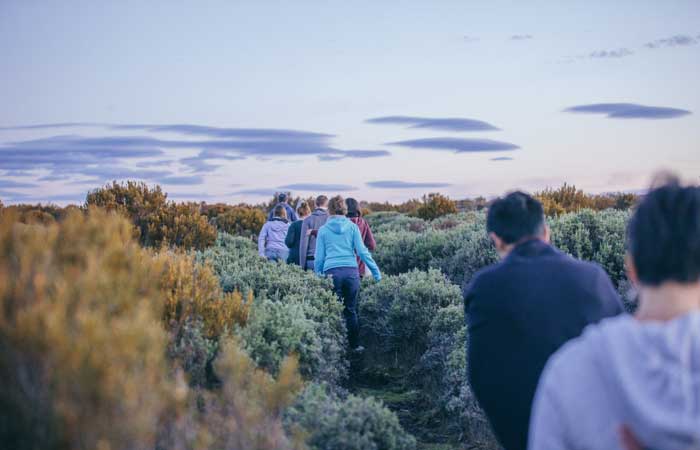 For the most epic of Tasmanian bush walks, the Overland Track will test your mettle. It’s a 65 kilometre, six-day slog, where you might experience freezing sleet, stinging sun and pounding rain all in the same day. But you’ll also get to see some of Australia’s most social media-worthy landscapes – we’re talking rainforests older than prostitution, waterfalls you can drink from, and Tasmania’s highest mountain (which you will be lucky enough to summit). There are huts along the way, but they only have limited space, so make sure you pack your tent (or make a dash for it each day). Concluding at the panoramic Lake St Clair, we reckon the six days of toil is more than worth it.

If The Overland sounds a bit out of your reach, the Cradle Mountain Circuit gets you up close and personal with Tassie’s most famous peak, without days of walking. Allow a solid eight hours for this one; at 12.8 kilometres, it’s still no picnic. It’ll take you past the picturesque Dove Lake, and will have you scrambling over giant boulders to reach the top of Cradle Mountain – aka, views galore. This one can also be broken up into shorter hikes if you’re after a view or two without the blisters. 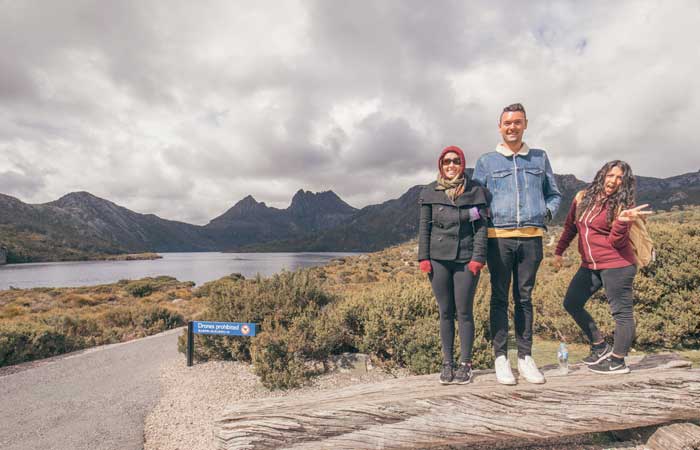 Closer to Lake St Clair, you can soak up a bit of local indigenous history on the F Larmairremener Tableti Walk, a three-kilometre stroll that uses panels to explore the story of the region’s Larmairremener people.

Like any remote location, the chances of you finding a gourmet meal within walking distance are also pretty remote. However, if you have a car at your disposal (or better yet, join a group tour through the region) there are a couple of towns nearby that are worth the petrol money.

Strahan is a teensy harbour town with Federation buildings and plenty of natural sites to see. It’s also home to some great restaurants. The area is known for its seafood, and Bushman’s Cafe reels it in and dishes it up with local, seasonal produce. You’ll also find surprisingly excellent food at Union Takeaway on the main street. Strahan is a solid two hours from Lake St Clair, but it’s a beautiful drive with tasty fare at the end that makes it worth the trip. 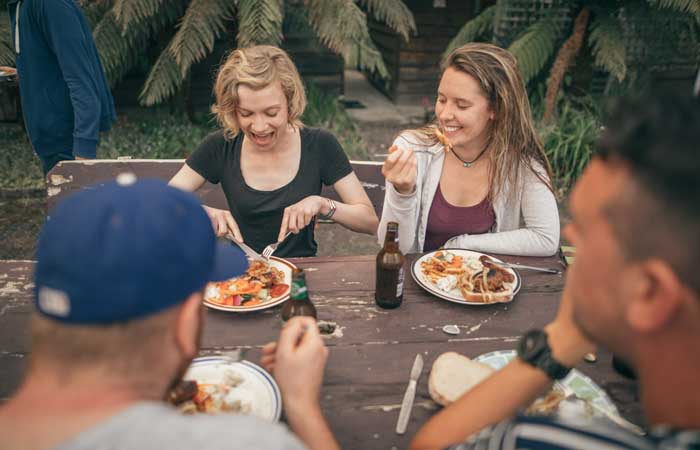 Twin Peaks fans should head to Queenstown, a small mining village a little over an hour’s drive away, with towering mine-stripped mountains and a huge copper mine looming over the land. It’s not known for its Michelin stars, but try to organise a pit-stop at one of the local pubs, which date back to the early 1900s, and are full of local miners.

Don’t fancy the drive? Closer to base camp is the Lake St Clair Lodge Bar + Restaurant, which serves a seasonal menu. The lodge’s cafe fare is a bit more simple – think bacon and egg rolls for breakfast, and quiche for lunch – but is more than sufficient if you’re looking for a decent, filling meal after a night in the tent.

Want to visit Lake St Clair? Check out our small group adventures in the wilds of Tasmania.

Che-Marie threw in her excellent job at a food and travel magazine to go eat some food and travel. She's since skiied her way across Vermont, shivered her way through Budapest, and climbed to the top of what feels like every Italian duomo known to mankind. From her new base of London she's ticking off countries one at a time, dragging a suitcase that is really much too heavy along behind her. Follow her @chemariet