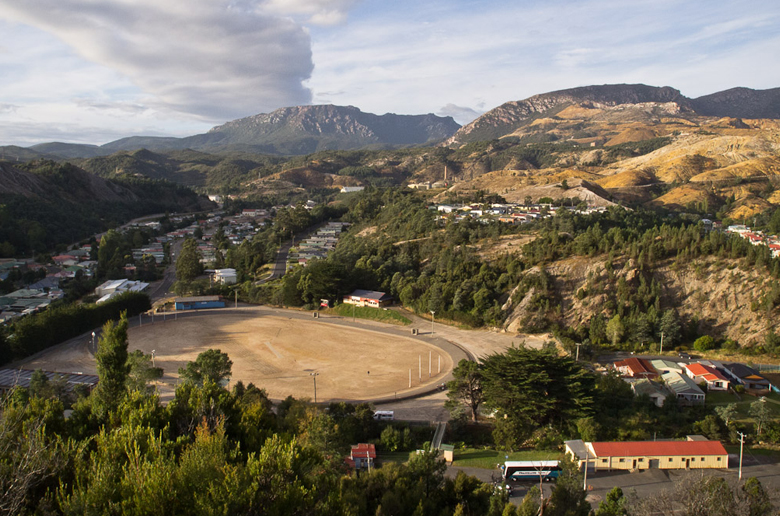 Australians are masters of environmental adaptation. When placed in surrounds harsh, hostile and generally inimical to human habitation, they adjust. Not always in creative, clever or particularly successful ways, it should probably be said. Dogged determination and a wanton oversight have tended to play greater hands than any acute ingenuity (Just look at the introduced critters now running roughshod over our country’s delicate ecosystem). But when it comes to the important things in life, like, say, playing sport in places totally unsuited for it, Aussies have an unparalleled aptitude for gazing across a desert and declaring: ‘Bah, who needs grass on a golf course anyway?’

Here are a few sporting arenas that testify to Australians’ uncanny ability to shrug ‘It’ll do’ in the face of sport venue adversity.

The isolated South Australian town of Coober Pedy is far better known as the world’s opal-mining capital than it is a golfing hotspot and the reasons for this are many: outside temperatures so searing that most of the population have taken to living underground; one tree’s worth of shade (and it fashioned from scrap iron); zero water hazards; not a scruff of grass as far as the eye can see… and yet a golf course there is. And it’s the only one in the world to boast reciprocal rights with the official home of golf.

When Coober Pedy’s Golf Club House was destroyed by fire in 2002, President Kim Kelly was so impressed with the new one built that he contacted St. Andrews with offer of reciprocal playing rights between their clubs. Bewilderingly, St. Andrews agreed, asking only  the rights to an opal mine worked into the deal… and the rest is history: St. Andrews members now enjoy total exemption from the $10 green fees charged to hit off on ‘greens’ that are maintained with motor oil. On the plus side, any opals found by putters about the course are free for the keeping. 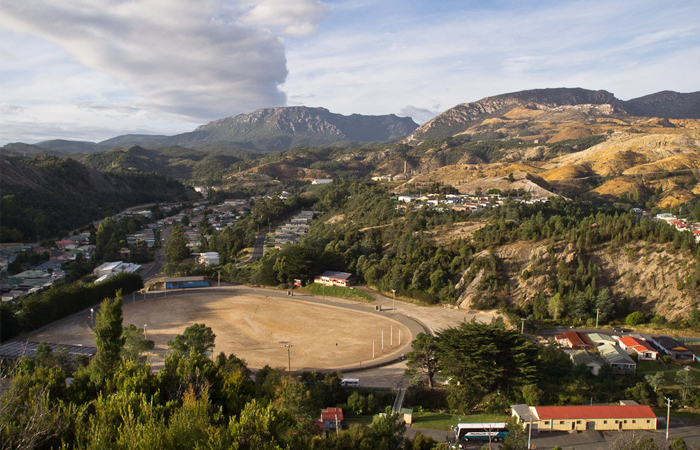 Back in 1895, the workers of Queenstown’s copper mine longed for some place they could kick the footy around following a long day’s subterranean labouring. Space wasn’t the problem; there was plenty of that. The 250 cm of rain that deluged the town each year was. Well, that and the sulfuric emissions produced by the local copper smelting plant. Both had a habit of killing all the grass in the area. Thankfully, someone had an idea. ‘Doesn’t matter’ it was, ‘we’ll just make a field from gravel and have a kick on that’.

Whilst the copper smelt has long since been closed, locals have preferred to stick at playing one of the world’s roughest contact sports on a layer of rocks. It means the ball still bounces on rainy days, they maintain. Plus what better incentive for staying on one’s feet than a body length of gravel rash?

Unsurprisingly, the Queenstown Crows have reared a few AFL players in their days. You tend to grow up tough when post-game rubdowns mean having rocks scoured out of you with steel brushes. 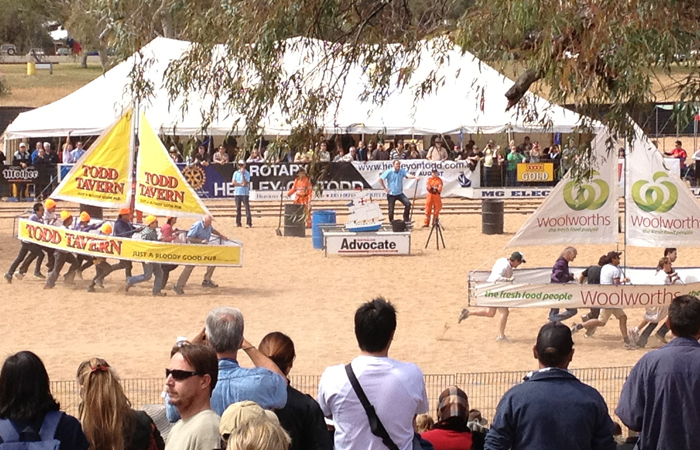 Boat races typically require two things: a boat and a body of water. In 1962, members of the Alice Springs Rotary Club decided one of these things superfluous. And thus was the Henley-On-Todd Regatta born.

Modeled as a parody of the stuffy pomp and carry-on of Oxfordshire’s famous Henley-On Thames regatta, the Henley-On-Todd runs (literally) along a dry riverbed in Alice Springs. Entrance is open to all and sundry; the only requisites a vessel (with the bottom cut out of it) and hardy crew willing to hop inside and race around in it. Pirate ships, Viking boats, Navy frigates, canoes and rubber duckies all usually make an appearance, battling it out in the name of fundraising and fun. Not so incredibly, the Henley-On-Todd is believed to be the world’s only dry river regatta. In 1993 it had to be cancelled when some unseasonal rain saw water in the river.

Bone fide wackjobs have been risking life and limb on crazy waves for decades now, but Shipstern’s Bluff – an (ostensibly) surfable break along Tassie’s southeast coast – is regularly counted among the world’s heaviest of heavyweights. For years the wave broke known to, though unridden by, local surfers.

Why? Well, the journey there involved either a 30 km jet ski ride or multi-hour trek, it was cold, big sharks were know to patrol the waters, medical help was hours away… and then there was the wave itself: a gnarled, churning, slab of water that broke on shallow, barnacle-encrusted rock. For local chef David Guiney however, the temptation of a surf one day proved too much. Out he paddled, some waves he scored, die he didn’t, and for years thereafter the break he had all to himself. These days, a place long considered totally unsuited to wave-riding lures die-hards and dare-devils from right around the world. Who knows, maybe gravel sporting fields will catch on one day too?