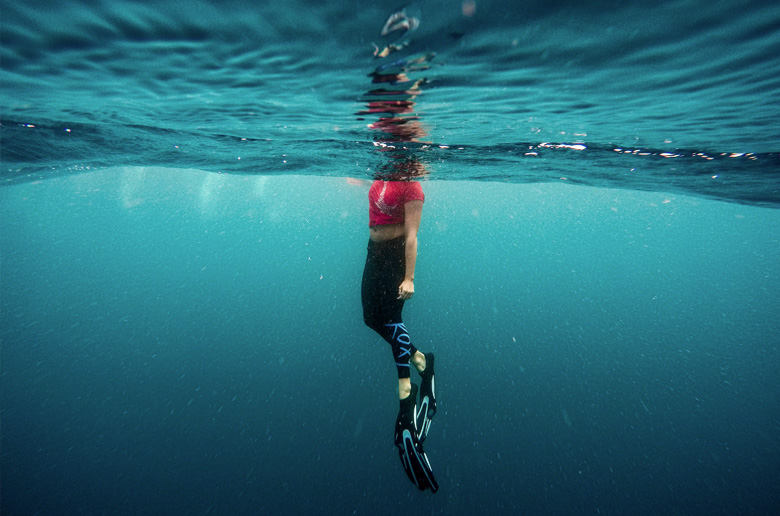 Australia. The great land of opportunity. But in 2016 a lot of young Aussies don’t seem to think so. Most of us view Australia as small fry; a splodge on the corner of the world map. There’s a bit of a “getting out” and “moving on” kind of attitude. At Uni, your ‘worldliness’ was judged on your number of passport stamps. But I’ve realised that everything I was looking for in my “authentic” overseas travels, I have found right here at home.

On Boxing Day this year my partner James and I set off on a seven month road trip around Oz. The past five months have been absolutely epic. And we can’t figure out why we’re not bumping into more young Aussies on the open road. So in the interests of getting out there and seeing your own backyard, here are 5 Aussie adventures we should all try at least once in our lives.

1. Camp beneath the stars 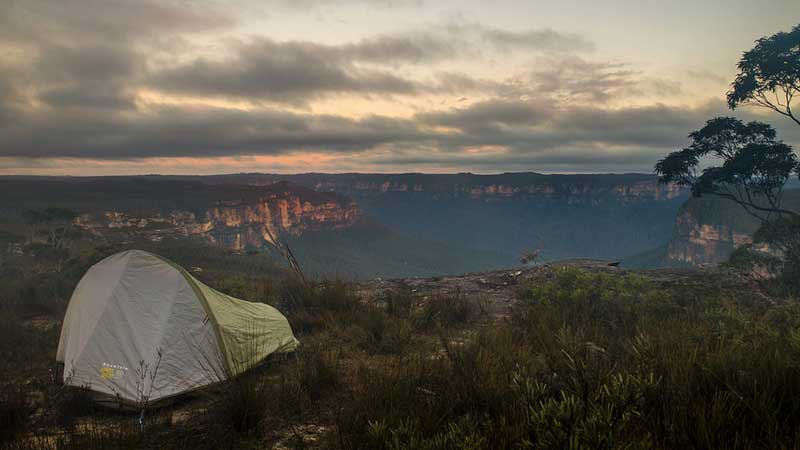 It may not sound very appealing, but I assure you that there is nothing like living in the great outdoors. Australia is home to some of the best camping in the world, a lot of which is free. Sleeping under the beady golden eyes of crocs on the Pentecost river in Western Australia, waking up to dolphins surfing waves on Bribie Island in Queensland, and watching emus cross the salt lakes of Coorong NP in South Australia have been a few of our camping highlights.

Camping at mammoth-sized cattle stations and farms has also allowed us to meet some classic characters in the Aussie outback. The type of people you think only exist in corny Aussie movies. We’ve shared breakfast with horses at Bullara station, showered in open roofed water tanks under the stars of Wooramel station and camped on the mighty Murchison River carving out the gorge through Kalbarri NP. A lot of people looking are for balance in their busy lives these days, and to those people I cannot recommend camping highly enough. Sleeping under stars and waking to the music of the bush has left me content in a way I never felt before. 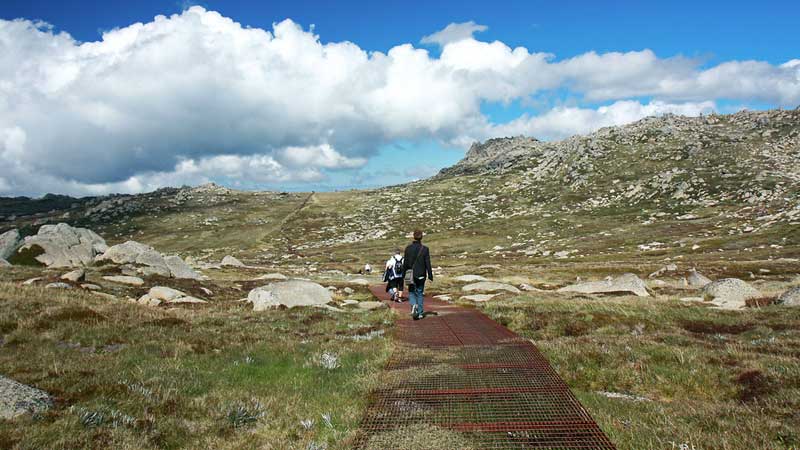 One thing we haven’t lacked on our tour around Australia is adventure. 1 day, 22kms, 30000 steps: Mt. Kosciusko is quite a feat. We conquered Australia’s highest summit Main Range loop in a day, but we could have easily spent a week among the spectacular snowy gums and rugged heathland. Following the path of the Snowy River we dipped and weaved around the “hills twice as steep” breathing in “air clear as crystal” (Banjo Patterson really nailed it!). Deep breaths at the summit is the ultimate feeling of freedom as you take in the sweeping 360-degree sub-alpine views of Snowy River country. One for the Bucket List. 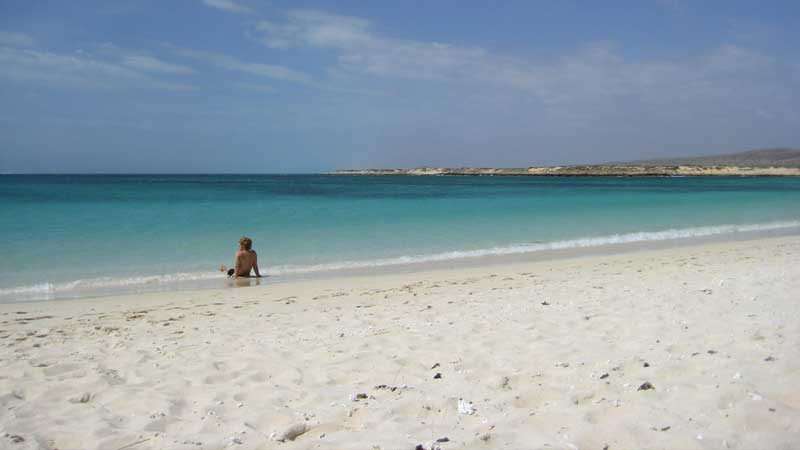 From the highest summit in the country we dove into the depths of the world heritage-listed coral coast in Western Australia. The first stop for 4x4s is Shark Bay in the remote Francois Peron Peninsula NP. A spindly bit of land poking out the side of the map, it’s the best location to glimpse giants of the sea. From Skipjack Point a bit of patience will reward travellers with views of passing manta ray, dugong and humpback whales. Divers should slap on the googles and head further north to Cape Range NP near Exmouth. We swam with giant sea turtles at Lakeside beach, followed giant schools of fish around the oyster stacks and admired the giant “Ayres rock” coral formation at Coral Bay. It’s straight off the beach and looks like a scene from The Little Mermaid. 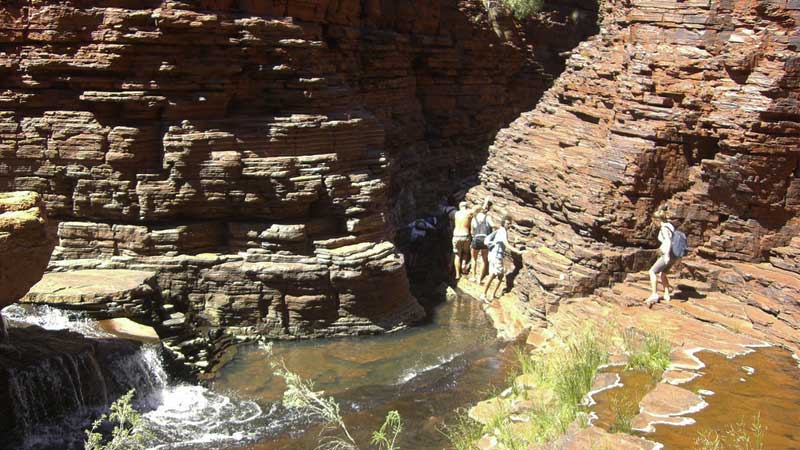 Karijini National Park isn’t something the average Aussie knows about, but it was definitely the landscapes of my dreams. Located in the remote Pilbara region of WA, Karijini is a little pocket of dramatic red rock chasms, deep gorges and freshwater creeks. Our first waterhole swim (and one we’ll never forget) was at the Fern Pool, a short walk from Dales campground. This was followed by the so-called ‘Spider Walk’ (a delicate balancing act through the narrow Handcock gorge) and a rewarding swim at the picturesque Kermit’s Pool. It’s hard to describe Karijini in words. Like a lot of Australia’s remote and rugged northwest, it’s somewhere that can’t really be Googled. You have to travel it for yourself. 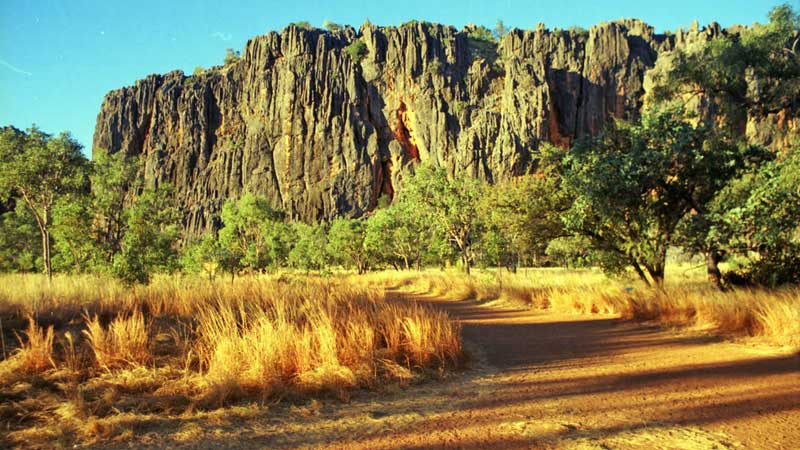 There’s no doubt about it, out of the dozens of areas we saw on our road trip, The Kimberley stole our hearts. Walking through green gum bush, past fat Boabs and fresh lily ponds, swimming in secluded billabongs. The limestone ridges of Pentecost and King Leopold ranges will have you staring out the window the whole 660kms along the Gibb river road. For whatever reason we had this place mostly to ourselves. We could swim alone beneath the powerful falls of Adcock gorge, discover ancient rock art and spectacular views, and not see another tourist, let alone another Australian. The trick seemed to be to get up early, beforeAt 7am we watched the sun light up the red rock surrounding Manning falls from Mount Barnett camp.) For a UNESCO heritage wilderness the size of  a small European country, it’s kind of bizarre that a lot of Australians will go their whole lives without seeing The Kimberley.

Isn’t it time you explored your own country? Check out the best of Australia with an Adventure Tours small group trip.

Self-admitted travel addict, hooked since the age of 9 after a family trip to Bali, my savings account has never been the same. 21 countries later and 21 journals written, it’s time I did what any responsible Gen Y would do…save some trees! Thus I type to you from the path less travelled by, quenching my thirst for adventure beyond the tourist route. You can follow my adventures at nomadic.org.au.