Home Features There are national parks, and then there’s Karijini National Park
Features 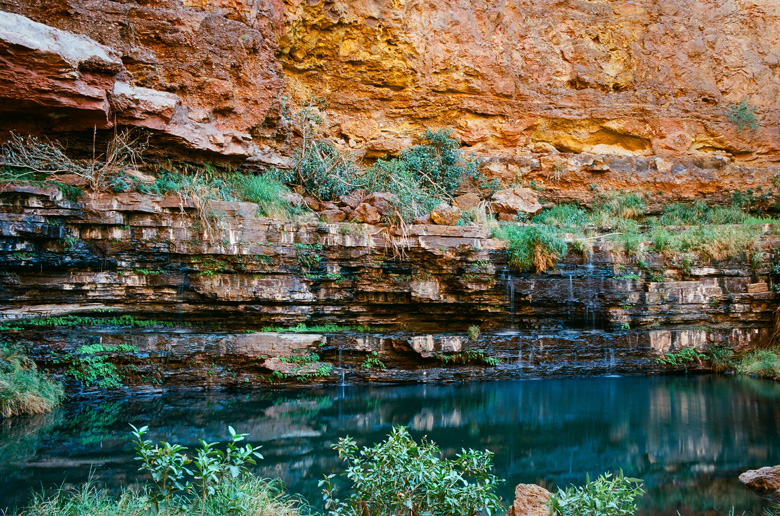 We are five days into our West Australian tour and have already had an awesome time. We’ve seen the moon-like statues at the pinnacles, captured where the desert meets the ocean at Shark Bay and seen the pristine beaches of Coral Bay and Ningaloo Reef.

Now, we head inland to a National Park that few of us have heard of: Karijini.

Australia is lucky to be teeming with unreal National Parks, most of which were formed millions of years ago and are now bursting with wildlife and wonder. But Karjini is something else entirely. 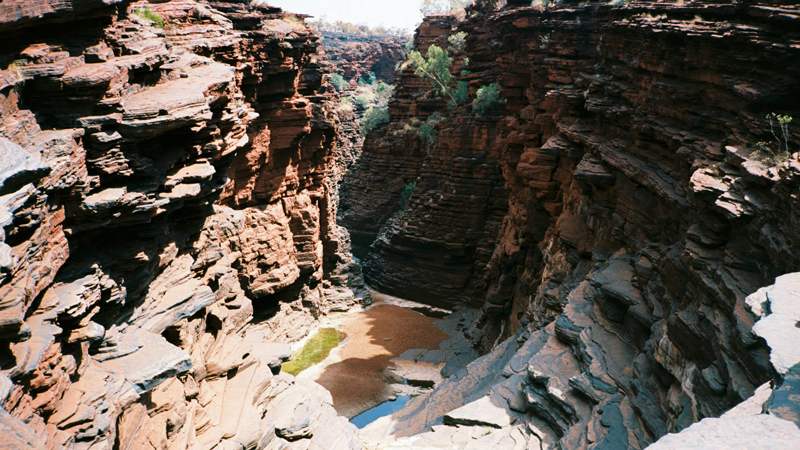 Before we arrive, our tour guide, Jimmy, says something that catches many of us off-guard: Karijini was first visited by Europeans in 1861, whilst the Aboriginal people have inhabited the area for 20,000 years. So after millions of years of formation, floods and fires, and tens of thousands of years of Aboriginal culture, history and tradition – we’ve pretty much only just found it.

We wind through the desert from Exmouth, heading East to Karijni. The landscape begins to change dramatically as we pass through Tom Price, which is the last town before the National Park. Flat. Red soil gradually gives way to green and mountainous horizons.

Our bus comes to a halt at the unassuming Oxers Lookout, where four gorges meet. As we walk towards the edge, the native bush shields the dramatic cliffs below and suspends our perception. Eventually, the view breaks and the 19 Adventure Tour travellers realise how incredible the next three days will be. 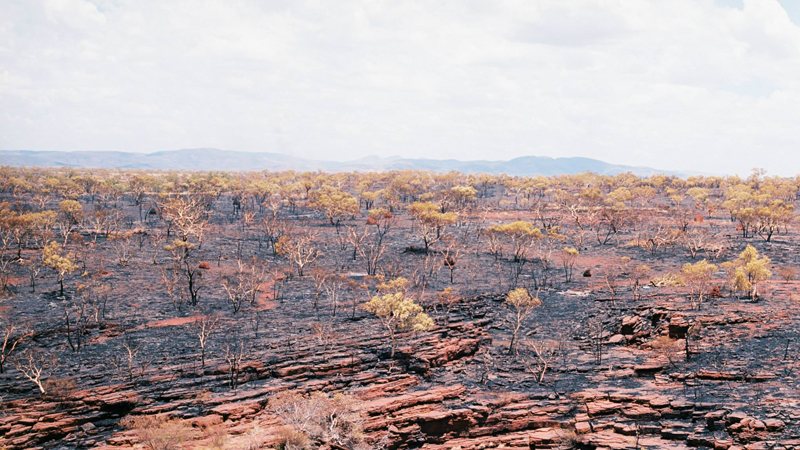 After a short walk, we reach our campsite at the Karijini Eco Resort. As usual, the simple things are treasured as we ease into the night: warm showers, a quiet drink and good company.

As the sun sets, again we are in awe. A magical orange illuminates the sky as if there is a raging fire beyond the horizon. The crimson gives way to black as night falls, revealing thousands of bright stars. Stories are exchanged and new constellations are learnt as we settle in for our first night of camping. 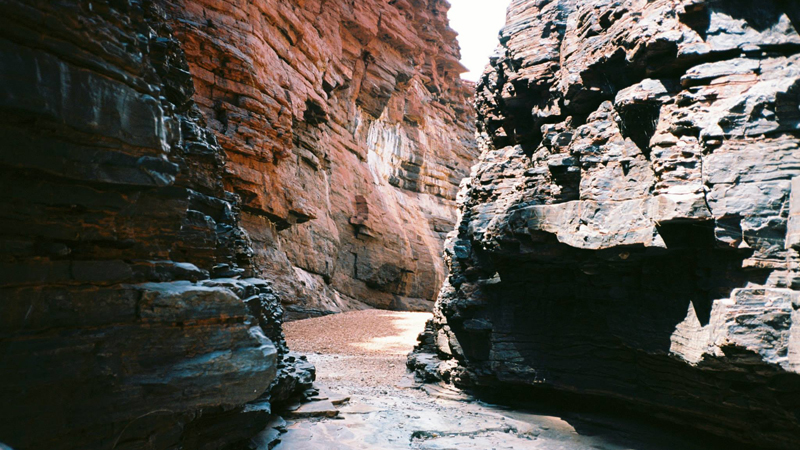 Over the next few days, we rise early and are met with challenging walks. We descend into many huge, ancient gorges, including Weano and Dales. The going is tough, but the group pulls together and takes it in their stride. Within minutes of beginning each hike you quickly realise you are not alone. Lizards, monitors and snakes scurry through the foliage on both sides, largely unphased by their human visitors.

No hard work goes unrewarded; the gorges are littered with incredible waterfalls and deep freshwater swimming holes, including Kermit’s Pool and the unforgettable Fern Pool.

These pools are drops of paradise in an otherwise unforgiving landscape. And the perfect escape from the 40-degree heat. 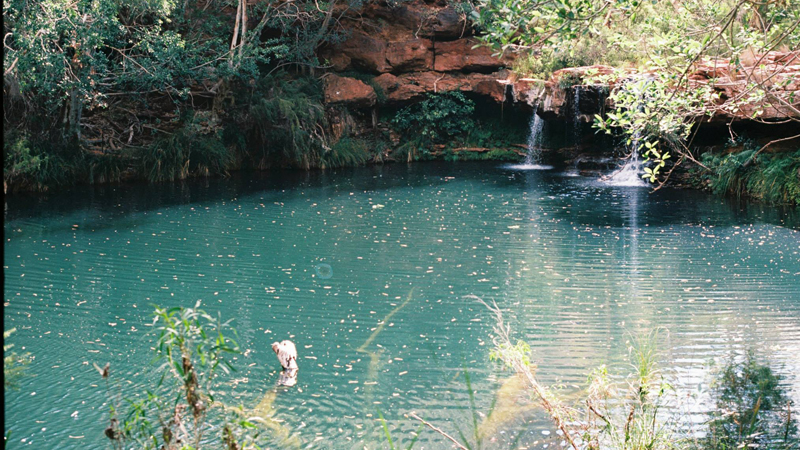 The most dramatic gorge is left until last. The epic beauty of Joffre Gorge is matched by the most difficult terrain so far – a short but very steep rocky descent towards the centre of the Earth. Once inside, you can appreciate the power that the water has to shape the landscape. Here, we have a final refreshing swim and reflect on an incredible few days.

We rise on our last day in Karijini – a little sore from days of bushwalking and rock scrambling, but satisfied and wearing a newfound sense of achievement. Today we drive further into the Pilbara Region and make camp at Pardoo Station. Ahead of that, we know the balmy, coastal town of Broome awaits, but for many of us on the Adventure Tour, our hearts will remain in Karijni.

Inspired to take in the mighty Karijini yourself? Get there with Adventure Tours Australia