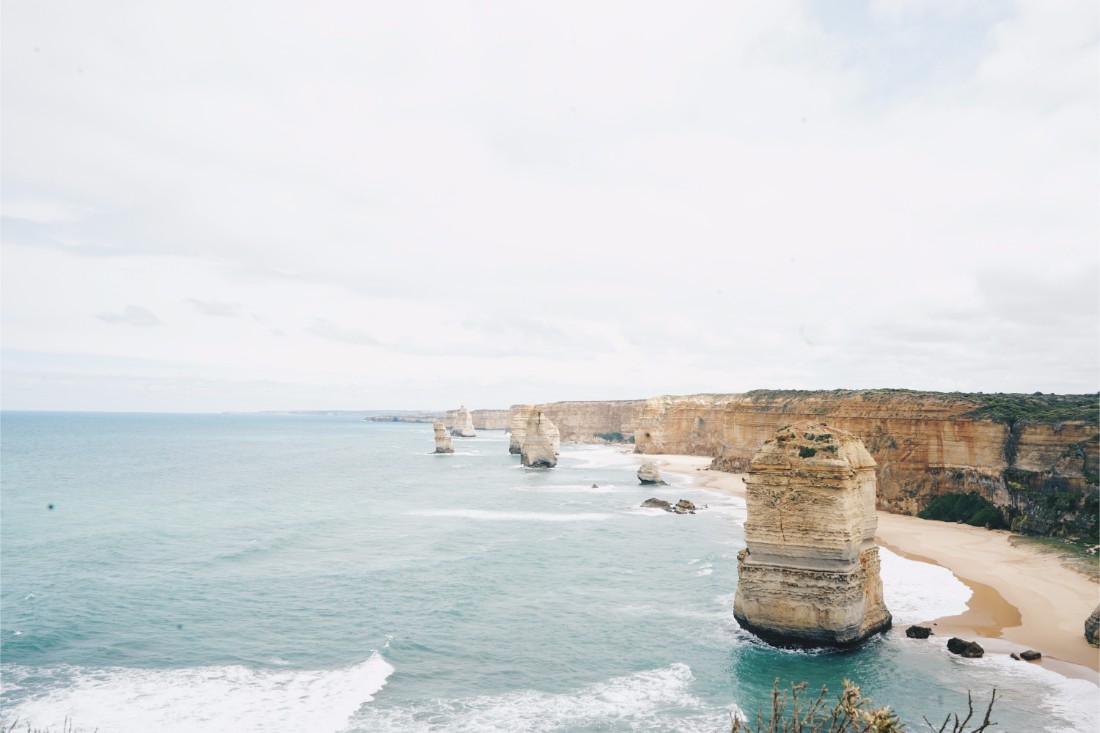 There have been many summers in my life that have included a drive to Lorne for a burger and a swim, a girl’s weekend to Apollo Bay or a trip to Warrnambool for a family beach getaway, and they all include the same travel route: the Great Ocean Road.

The road – and its many landmarks – are one of Australia’s most famous stretches of bitumen. But few people realise that it’s not just a favourite destination among local and international travellers, but a World War 1 memorial, built by thousands of returned soldiers in 1918. After more than 14 years of hard labour, the road that now connects coastal towns and cool landmarks, like the Twelve Apostles, was finally opened.

The Twelve Apostles are not only a pretty sweet natural formation of rocks (even though there are only seven of them left), but are almost like an ever-evolving work of art, due to the constant changes caused by erosion from sea storms. Depending on the time of day and what the weather’s doing, they can change colour too. If you’re an early bird and get there for sunrise, you may be treated to golden rocks with spots of red and pink; if you’re there later in the day, the rocks appear to be a deeper burnt orange, or even have touches of lavender to them as the sun goes down. 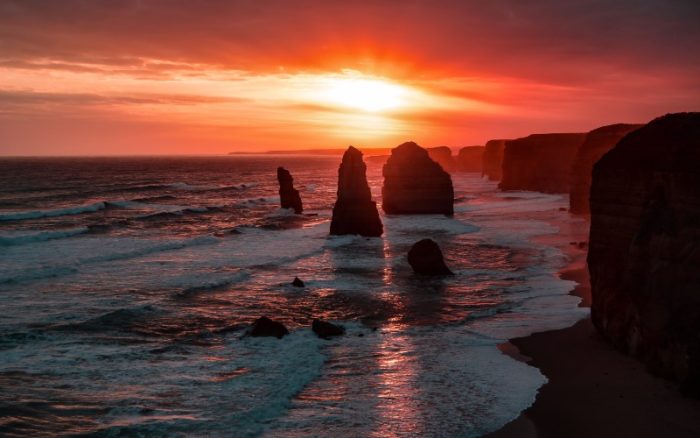 Image by Graham Holthaus via Unsplash

It’s unknown when the Twelve Apostles were named as such, but most locals agree that they were given the Biblical name because it was impossible to see the rock formation without being totally floored by nature’s creation.

If you feel like stretching your legs and taking in more of the rugged scenery around the Apostles, the adjacent Loch Ard Gorge is the place to do this; this is a great spot to learn about some haunting local legends too. While the protected bay within the gorge may look peaceful, it’s actually the site of one of Australia’s most famous shipwrecks.

Back in the day (1878 to be exact), a big ol’ English ship named Loch Ard crashed on a nearby island. There were said to be 54 people on board but only two survived – a fifteen-year-old boy named Tom Pearce and a seventeen-year-old girl, Eva Carmichael. They both washed ashore in the Gorge where Tom heroically found some locals who managed to save Eva’s life. Although she ended up returning to the Motherland, Tom stuck around and enjoyed his status as a local hero.

These days there are two rock pillars left from the original archway that protects the gorge from the sea – and they’ve been named Tom and Eva. Pretty cute, hey?

So, next time you’re in Victoria and feel like getting out of the city, a trip down the historic Great Ocean Road is the perfect adventure.

Want to check out the Twelve Apostles and explore Loch Ard Gorge without the hassle of having to drive yourself? Get yourself on one of our Great Ocean Road trips.