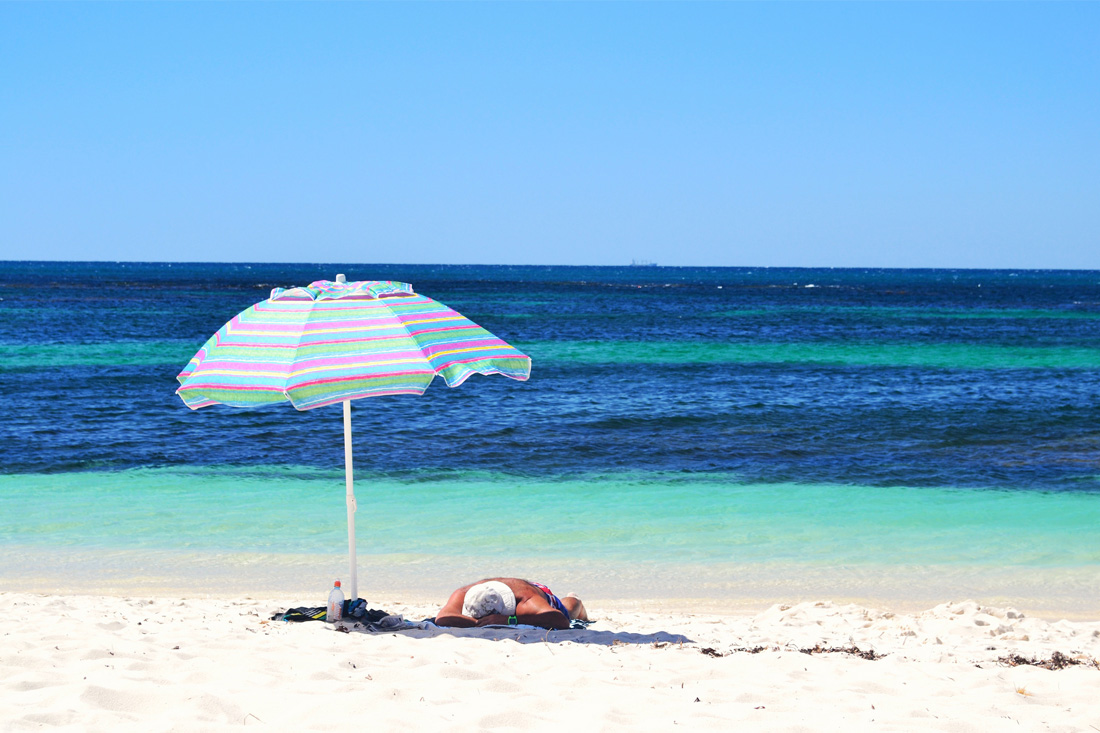 I won’t lie: extensive travel has made me somewhat immune to the effects of seeing a remarkable location for the first time. I pinch myself less. My breath’s hardly ever taken away. Have our expectations of landscapes and their natural wonders heightened over time? Is photoshop and the good ol’ photo colour-enhancing tool to blame? Maybe.

One thing I do know is when stepping onto ‘Rotto’ Island, I knew I was in for somewhere special. Its beauty hit a nerve. My eyes became glued – fixated on its beautiful and vast dramatic landscape. I knew there’d be no post-production editing of any of my photos. For an instant I thought I could have been anywhere in the world – Corfu perhaps. Even in the dense vegetated east coast of Victoria. Then I saw two front paws, a round body and tiny snout. It was the island’s native Quokka. I was definitely not in Greece or Victoria. This was Western Australia.

A bit of history

Back then, Indigenous people did not have the boats and means to make the crossing. It is believed that before European exploration in the 17th century, Rottnest had been uninhabited for several thousands of years.

RELATED: CHECK OUT OUR SMALL GROUP TRIPS IN PERTH

This history is obvious and works in its favour. Rottnest Island is in pristine condition. Although it now has a permanent population of about 100, Rottnest has been awarded with the highest level of protection of any public land. Its sand is pure white, its waters transparent, and its wildlife unbearably cute. 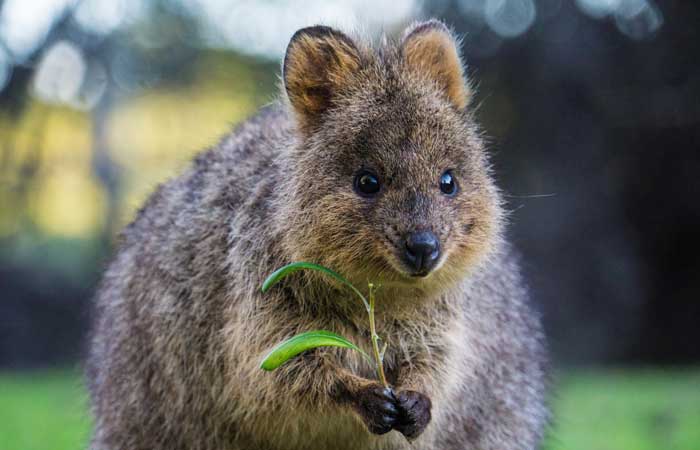 You can’t touch a Quokka and you can’t feed a Quokka (wildlife protection regulations apply). Kidnapping a quokka and raising it as an adorable pet is also frowned upon. But you can take pictures of them. They’re also almost always smiling. Quokkas are happy looking creatures and in 2015 #quokkaselfie was a thing. It generally still is. You only need to search it as a hashtag on Instagram to see. As you make your way around Rottnest Island you’ll see nearly every traveler stop to observe these expressive looking things. But – you’ll need to get to Rottnest Island first. 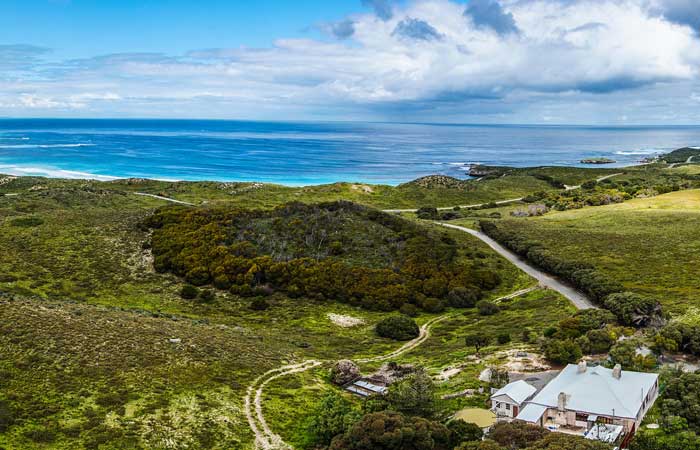 Alternatively, tourists (and locals) can choose to travel to Rottnest by taking their own boats, or arriving the most scenic way – by air.

If you do decide to by Ferry, I’d suggest taking a early morning trip down to Freo. I can’t get enough of the place. It’s got the cool art/deco-urban-hip vibes of Melbourne and Sydney but without the pretentiousness. Murals are being painted by resident artists on old impressive buildings. The Indian Ocean is only a step away the seriously good coffee is always a bonus to get your day started.

How long to stay

The singular day I spent at Rottnest was not enough. Though if you’re time poor and a day is all you can afford, it’s worth it. Head over early morning and take one of the last ferries back. Take good walking shoes if you plan on making your own way around the island. I’m lazy: I took a very efficient ‘explorer’ bus. This was also a great way to see the island quickly and be able to pick and choose the best spots to hop off at and invest some serious time swimming, snorkelling, surfing, and sunbathing.

With these activities in mind, remember your swimmers. They’re essential.

Beaches by the (sort of) billions 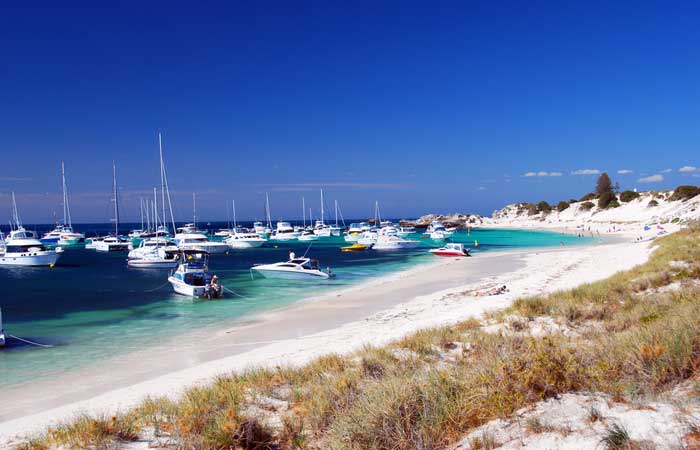 Some are more secluded than others. Some are more crowded and offer easier access. If you’re organised, have a squizz on the net of beaches that suit your fancy. Oh, and TAKE A MAP. Or be prepared to ask locals for directions. And don’t stress if you don’t find the exact beach you’re looking for. You’ll have 62 others to choose from. They’re all equally pretty.

To make your way around the 50 kilometres of road on Rottnest Island, you can take guided hop-on hop-off buses, walk (it’s a bit hard to get far), rent a bicycle or take a segway tour. You can also take a bike along on the ferry from the mainland too.

Rottnest Island essentially has no cars. It also doesn’t have flat roads winding throughout the whole island. If you decide to bike ride your way to desired locations, be sure to know the incline and burn you’ll feel in doing so. I felt sorry for some tourists who were trying to reach coves where the roads were a little steep. (Remember – I was lazy and took the bus. No regrets.)

Things to see & do 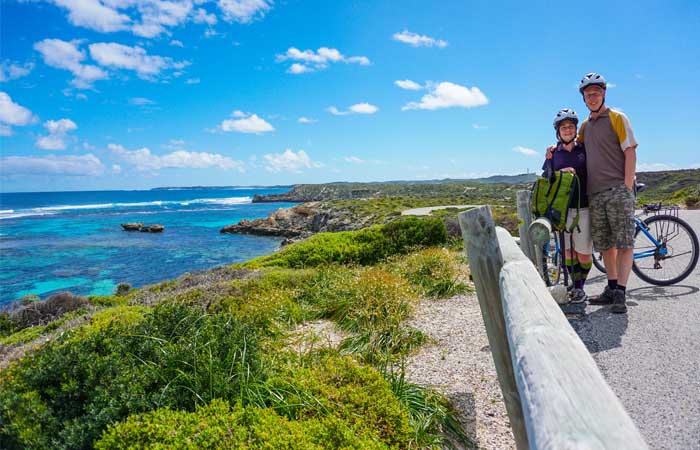 Regardless of whether you’re religious or a non-believer there is a beautiful, orange Holy Trinity Catholic and chapel quite close to the bus arrivals at the Thomson Bay settlement. They’re both on top of a hill and host wedding ceremonies and church every Sunday morning at 9:30am.

There are two lighthouses situated on Rottnest Island. The Wadjemup Lighthouse is in the centre of the island. You can travel through its walls and see what a lighthouse still in operation looks like. From the top, you get a magical 360 degree view of the Indian Ocean. The lighthouse tours costs less than $10 AUD per person and run every half hour, commencing at 11am daily. Alternatively, The Bathurst Lighthouse runs automatically and is not open to visitors. It is however located on the magical coastline of Pinky Beach which boasts beautiful pink sunsets and a perfect swimming spot.

There’s a train service that runs throughout Rottnest Island. With a bit of research I’ve found you can take this train from the Settlement Railway Station. It’s called the “Captain Hussey Train” – named after Frank Bertram Hussey from the Australian Staff Corps. The train is a 64-seater. It’s seriously cool and old-school: half cream and half burgundy red. It takes you to the heritage site of Oliver Hill – here you can inspect the restored WWII 9.2 inch gun and maze of underground tunnels.

While there are a multitude of activities you can do on Rottnest I haven’t mentioned – museums, galleries, golf, archery tag, skydiving, shopping (now I have), in my opinion nothing is more rewarding than simply going to Rottnest Island for its natural landscape and the wildlife.

Over 35,000 migrating Humpback and Southern Right whales linger its waters each year. You can see them from the West End platforms in season. Frogs, bats, native flowers, lakes, seals and 135 species of tropical fish also occupy Rottnest. If that isn’t reason enough to get you camera out and flippers on, what is?

Want to see Rottnest? Check out our small group trips through Perth

I have rented cave houses in Santorini, slept in frozen cars in Switzerland and lived in meditation centres where buddhism, atheism, and the hare krishna consciousness is all practiced under the same roof. I have been hit by a truck on the German autobahn, snuck into University lectures in France and been groped by Italian men on buses. Fair to say – I’ve seen and done it all (and will get around Italy via taxi next time). I study Journalism in Melbourne.