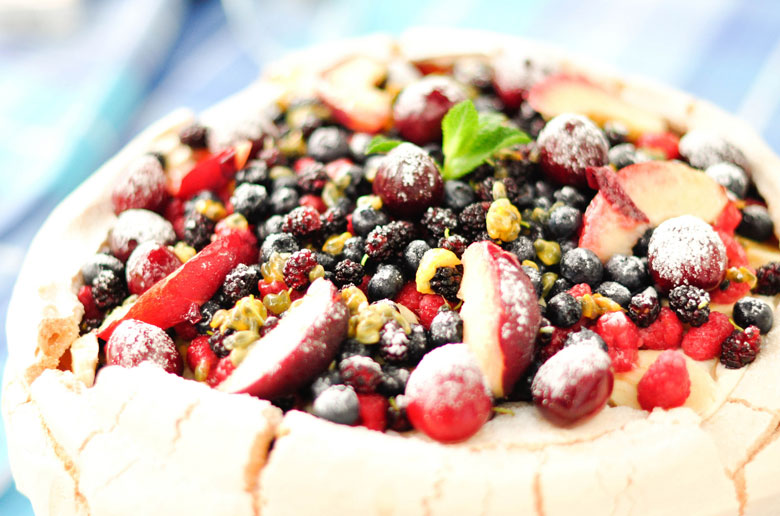 In the 1920s Russia’s prima ballerina toured Australia and New Zealand. She sold out performances from Perth to Auckland, received rave reviews, returned home to her native Europe, and died two years later blissfully unaware of the small whipped cream ripples she left behind in antipodean history. Her name? Anna Matveyevna Pavlova.

Like justice and equality, a Pavlova dessert is based on a few fundamental tenants: a light as air meringue, smooth whipped cream and fresh, seasonal fruits (raspberries, kiwi, mangos and bananas are all popular). It sits on the tongue like the finest silk, and on the stomach like a cube of lead.

But one of the biggest ironies of the Pavlova is that something so sweet could be the cause so much bitterness. Both Australia and New Zealand have claimed ownership of the pav, and the last 90 years have seen normally cordial relations strained time and again as new evidence about the dessert’s murky origins surfaces in academic papers (no joke) and culinary urban legends.

We’ll try and piece it together for you as best as we can.

Here’s what we know. The dessert appeared in cook books and a few menus in both Australia and New Zealand at around the same time: the late 1920s and early 1930s. Food historians (and there are such things) agree that it was ballerina Anna Pavlova who inspired the confection, what they disagree about is when and where.

The Aussies claim when Pavlova was touring Perth in 1929 she stayed at the Hotel Esplanade (which still exists) and inspired then chef Herbert Sachse to create the ‘Pavlova’, a meringue-based sweet that became the star of Perth’s high tea scene and won the hotel and Herbert national acclaim. Of course Sachse’s dessert didn’t emerge until 1935, six whole years after Pavlova’s tour, a detail upon which New Zealand historians have gleefully pounced. 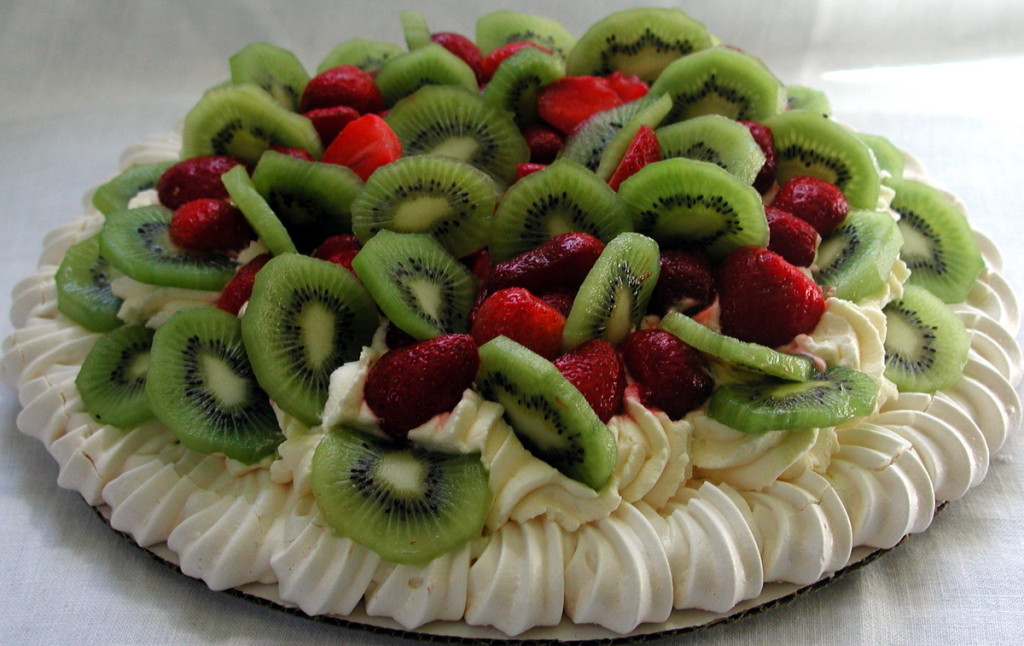 In 1926, nearly a decade before the Esplanade was wowing patrons with the joys of meringue and cream, a Kiwi cookbook called Home Cookery for New Zealand included a recipe for ‘Meringue with fruit filling’, which shared many similarities with the common day pav. A year later, the sixth edition of the brilliantly named Davis Dainty Dishes featured the first known recorded mention of a dessert named Pavlova, although it was more gelatin based.

The kicker, it turns out, may be Pavlova herself. In Anna Pavlova: Her Life and Art (1982), biographer Keith Money states that during Pavlova’s 1926 tour of New Zealand, a chef at a Wellington hotel invented a dessert just for her. He was apparently inspired by Pavlova’s tutu, which was draped in green silk roses. The silk became meringue, the roses became kiwi fruit, and the rest, as they say, is history.

Just like Wolverine, we may never know the Pavlova’s true origins. But the evidence above definitely points to decidedly Kiwi roots. The only thing both countries can agree on is that the dessert is delicious. If only that were enough to stem the acrimony and the pain this confection has caused, to lay to rest the strains on ANZAC affections, and put an end to sheep-based jokes.