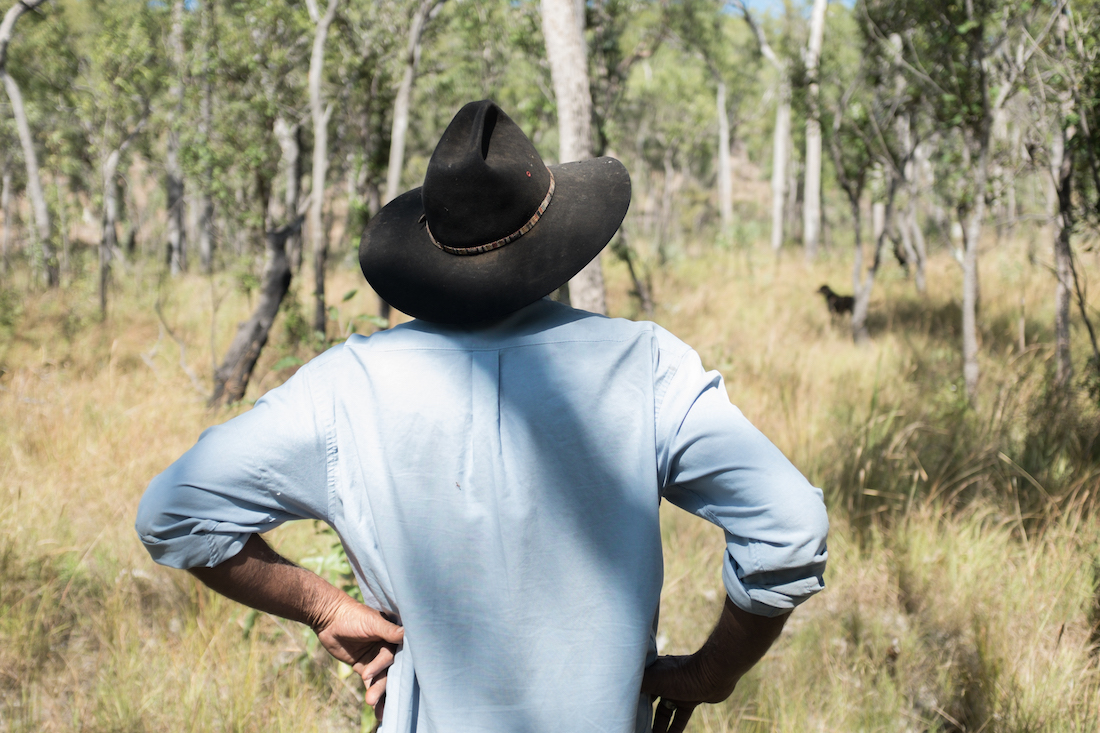 Stretching from the ancient baked plains of the Kimberley to the tropical escarpments of Cape York, northern Australia is home to some of the rarest ecosystems – and oldest cultures – in the world. While the past 20 years have seen great progress in native title land claims, and protecting our National Parks, the future of the north is at a crossroads. Big-business plans for more mines, gas fields, dams and unsustainable agriculture threaten to destroy this region’s delicate environment and ignore its Indigenous populations.

Nobody knows or cares more about this stuff than Graham Tupper, the Northern Australia Program Manager for the Australian Conservation Foundation (or ACF), Australia’s leading environmental organisation. We’ve worked closely with these guys for 10 years through our own not-for-profit, The Intrepid Foundation, to help protect Australia’s environmental and cultural heritage. In 2014, the Olkola people of Cape York had 800,000 acres of ancestral homeland handed back to them by the Queensland government. Since then, Adventure Tours Australia and ACF have been working with the Olkola to help them set up a sustainable tourism business. 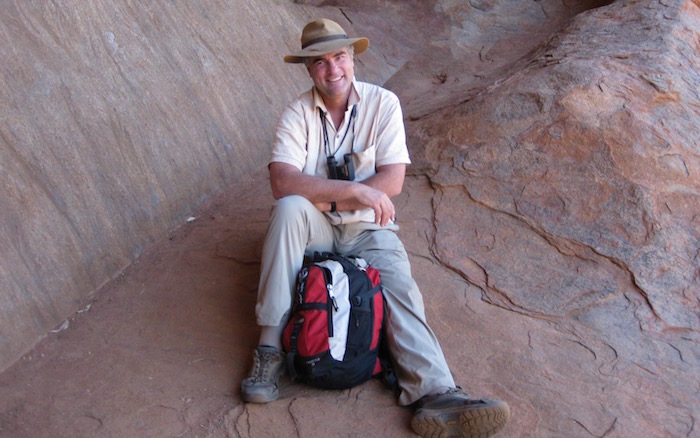 We had a chat to Graham about the future of Australia’s great north, and why sustainable tourism driven by Indigenous communities should be right at the centre of it.

ACF is fighting for a greater focus on clean energy, sustainable agriculture and tourism in the north. Why is tourism so important?

Tourism is a major employer in the north. In Far North Queensland and the Kimberley in particular, it far exceeds mining and resource development. It’s also a more stable employer. You see these wild swings in employment in the resource sector, like in the Northern Territory right now, where the shutdown of the alumina refinery near Gove means nearly the whole town will lose their jobs. With tourism of course there are uncertainties, but you don’t see such massive dislocation.

Unemployment among Indigenous Australians is really high, especially in the Kimberley; the unemployment rate among Indigenous young people is over 50% in some places (although this is not always reflected properly in statistics). Short-term schemes ­– like the government’s Green Army programs – are fine for six months, but what happens after that? That’s where tourism comes in.

What does northern Australia offer for travellers?

Travellers come to northern Australia expecting to see unique natural landscapes – forests, rivers and escarpments, some rock art in there somewhere. But they should also understand that it’s a cultural landscape too.

When you travel with an Indigenous guide to a sacred ceremonial site, they will often call out to their ancestors to warn them that they’re coming onto their land and that they’re bringing visitors. [Another special experience for many travellers] is a Welcome to Country ceremony. For example, in Mossman Gorge, Far North Queensland, you walk through smoke next to the fire and you’re formally welcomed to Country. 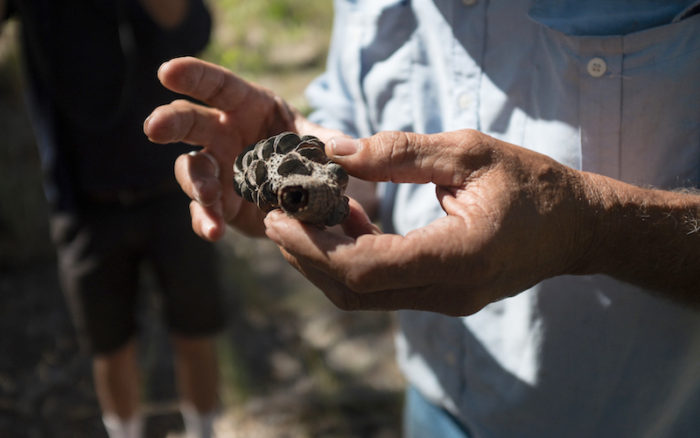 Then you learn how different local plants and animals are used and hear the stories of how Aboriginal custodians look after and respect Country. After this experience, you can travel through the same landscape, but with a different set of eyes. Before you were just looking at trees and rocks, but now you’re open to a whole extra depth of meaning and understanding about the country around you.

ACF has been working with Traditional Owners’ groups and the Kimberley Land Council to develop new tourism opportunities in the north. How does that work?

This is the big emerging story – reclaiming the cultural landscape of Australia. The story has two parts. The foundational story is the huge progress of land reform; that is, Indigenous Australians gaining native title. The Kimberley Land Council’s mission statement has three parts: getting your Country back, looking after Country, and taking control of the future. Getting Country back has been the big shift in the last 20 years. Indigenous protected areas now make up 42% of Australia’s entire National Reserve System. 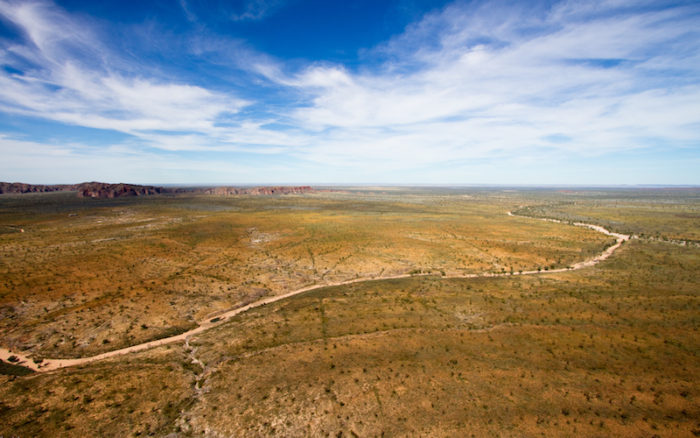 The emerging story on top of that – and it’s in its early days – is the growth of the cultural economy, which includes tourism. People have got their Country back, they’ve now got Rangers looking after the land, and they’re earning income from reducing greenhouse gases through fire management.  Now these groups can host visitors and show them how they’re managing Country. But you can’t do this in a remote area without some help from people who know how tourism works.

Is there a drive from within Indigenous communities to expand tourism in the north?

Looking at any of those Healthy Country Plans, I haven’t seen one that doesn’t mention tourism opportunities. There’s a universal desire to welcome visitors and show them what they have, to explain their culture and tell their stories. How you translate that aspiration into authentic, sustainable tourism – that’s the big challenge for the next ten or 20 years. 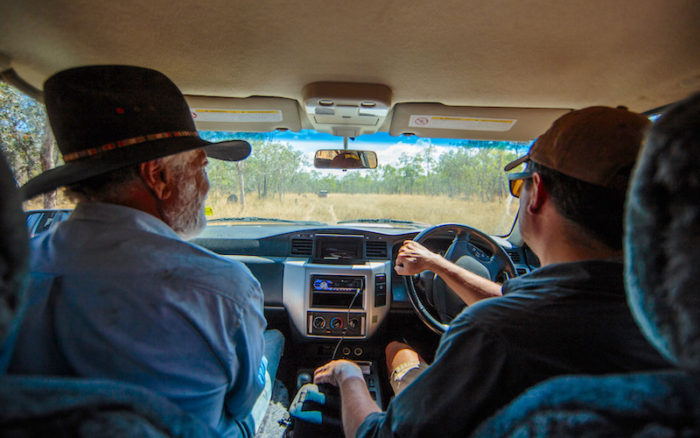 Tell us about the Indigenous Ranger program.

The employment of Indigenous Rangers (funded by the federal government since 1996), has been a big growth factor, and a really nice alignment between what Indigenous people want – what they would call their custodial obligations to look after Country, to keep Country healthy – and what is in the public interest for Australia, which is the effective management of protected land and national parks – key assets for the tourism industry.

The federally funded ranger program currently employs around 770 rangers. Reviews of the ranger program have shown amazing social and financial benefits. These rangers – including more and more women, especially in the Kimberley – would otherwise be unemployed and receiving benefits. Even now in the Kimberley, currently employed rangers – with the permission of their elders – are looking to develop their own tourism enterprises, which will help diversify income, opportunities and skills.

So we need to grow tourism in the north, but we’ve got to do it in the right way. Because it’s a fragile environment, right? 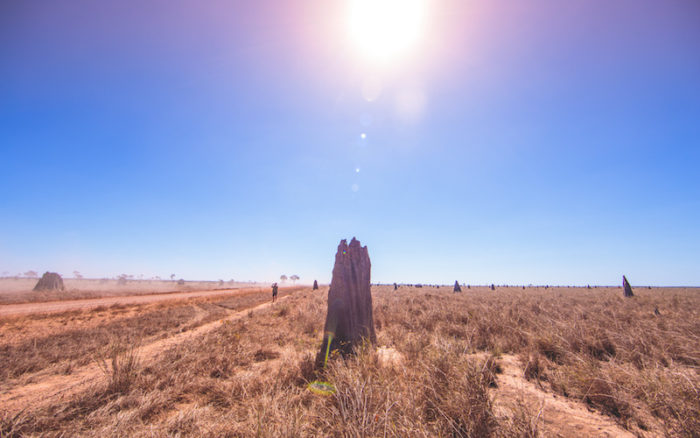 It is very fragile, particularly because of climate impacts and extreme weather events – longer dry periods, fires, cyclones, changes in average temperatures which drive up disease, pests, weeds, and so on. Most people don’t realise that northern Australia has the largest intact tropical savannah left on the planet. The savannahs of Africa and Asia have been heavily impacted by human civilisation and development over the years, whereas Australia hasn’t. The combination of woodlands, grasslands, river systems and wetlands make the savannah a very precious environment.

Just yesterday, the Western Australian government decided to allow gas and oil exploration in national parks like Tunnel Creel and Windjara Gorge. We’re at a fork in the road. There are still powerful players wanting to do the same old –  drilling in the Kimberley, using toxic chemicals to frack, creating dams of wastewater, destroying the landscape with access roads… We need to decide whether we want to go down that road, or down a different one that has tourism at the centre of it.

What’s your dream for the Kimberley and the future of northern Australia?

My vision for the north is that, with clean energy opportunities, sustainable fisheries and sustainable pastoralism being one part, and tourism being another, we have an economy that benefits local communities and matches the special type of country it is.

We can become an example for the rest of the world, and say, “We got this right, we didn’t destroy it”. And I think we have the chance in the north to take this life-sustaining direction. But time is running out. Indigenous custodians have looked after the land for 50,000 years. Here’s our chance to continue doing it properly.

To support the good work of ACF in northern Australia, visit The Intrepid Foundation page to donate. Check out our small group adventures to the Kimberley or the Top End.