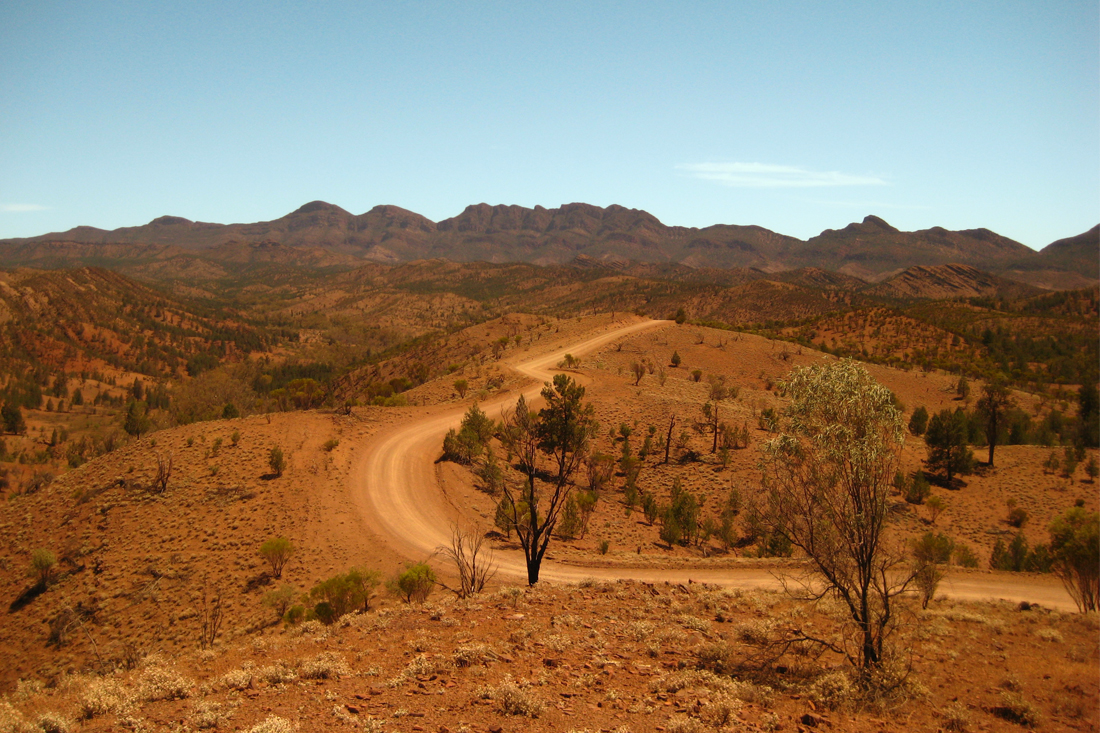 Australia’s a land made for road trips. But mix big distances, high temperatures and lots of liquid, and you’ve got yourself a lot of bathroom breaks. Your average call of nature stop isn’t very eventful, but Australia’s always full of surprises. We’ve come across a few discoveries on our unscheduled stops, but never stumbled upon anything quite as amazing as Indigenous Adnyamathanha elder Clifford Coulthard did.

A few weeks ago it was confirmed that Indigenous Australians are officially the oldest civilisation on earth. They arrived on this land 50,000 years ago, and until recently it was though that they lived in just the non-arid parts for the next 12,000 years. But thanks to Clifford’s need for a pit stop, that idea has been thrown down the toilet.

While working with archaeologist Giles Hamm to study Aboriginal settlement in the northern Flinders Ranges, Clifford needed to take a break and wandered up a creek bed. There he found not only relief but also a spring surrounded by rock art.

Looking up the gorge wall, Cliff and Giles spotted a rock shelter with a roof blackened by human fires. The first explorations of the shelter – now called the Warratyi rock shelter – put it at around 5,000 years old. But sophisticated dating methods and years of painstaking excavation and investigation sent the timeline of Indigenous Australians in the Outback spinning back thousands of years.

The first uses of ochre and artefacts like bone and stone tools in Australia are now dated 10,000 years earlier than everyone thought thanks to what they uncovered. Their discoveries also suggest that these technologies were actually local cultural innovations rather than techniques brought from elsewhere.

Also unearthed were the bones of ‘megafauna’ like the huge wombat-like diprotodont and a giant bird, making it the first reliable Australian site where human and massive marsupial and avian remains have been found together.

It just goes to show, just like us on our trips, even archaeologists are learning new things from Indigenous Australians.

Want to learn more about our partnerships with Aboriginal communities? Check us out

From England to Melbourne, and many countries in between, David loves to bring you words that look nice, in an order that you’ll read. Erudite. Supine. Flaneur and so on. He’s into writing about travelling the world in 4D (real-life) and 2D (films [no 3D rubbish]) and can happily combine the two by telling you the best films to watch on a 24-hour bus ride in Asia. Let the reviews speak for themselves. “A lovely young man” – old lady I once helped on the street. “Lent me his lecture notes once” – eternally grateful former classmate. “Best person called David that I spent time with here” – bewitched fellow traveller. “I would certainly recommend him any day” – uncoerced coworker. “This shampoo left my hair with a lustrous shine and I got so many compliments” – Janet, Leeds.