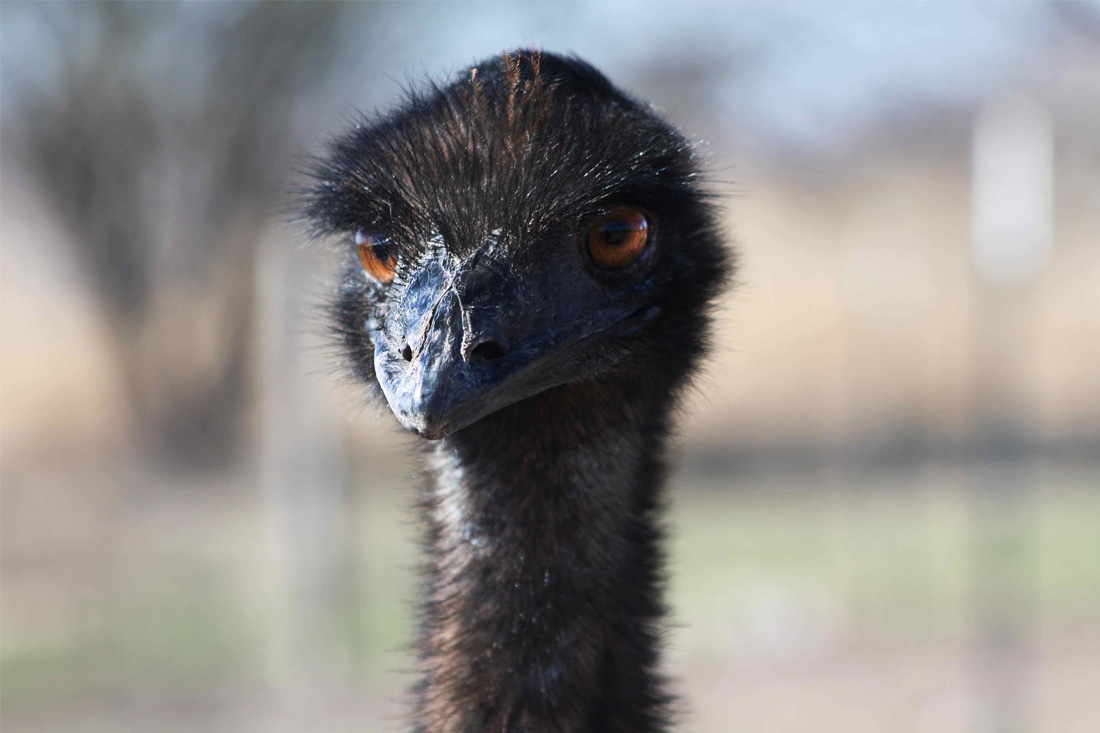 In truth, attacks on humans by Australia’s animals are rare and isolated incidents, often provoked, otherwise opportunistic, and carried out by one individual creature. But what happens when the country’s wildlife collude to launch an all-out meditated assault? Welcome to a whole new level of ecological warfare, is what. 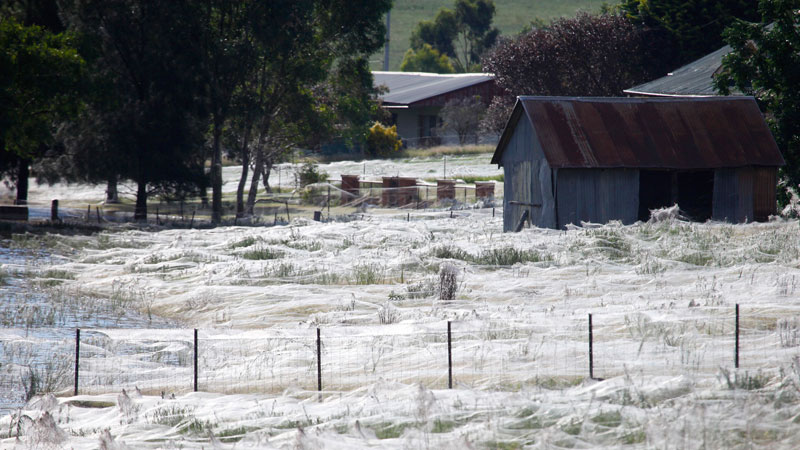 On the morning of 18th May 2015, the residents of Goulburn woke to find their surrounding countryside coated in a thick layer of spider web. ‘Kind of beautiful’ one local called it. ‘Kind of annoying’ remarked another. ‘They keep getting in my beard’.

The overnight change in scenery was due to a phenomenon called ‘Spider Rain’, and, scarily, it’s not actually a phenomenon all that uncommon. Basically, spiders migrate via a technique known as ‘Ballooning’, climbing to a point of elevation and releasing a trail of silk into the wind that then carries them to a new area. When there’s been a downpour or flooding, they’re prone to doing so en masse, literally raining down wherever the wind blows them. Which, in the luckless residents of Goulburn’s case, happened to be Goulburn. 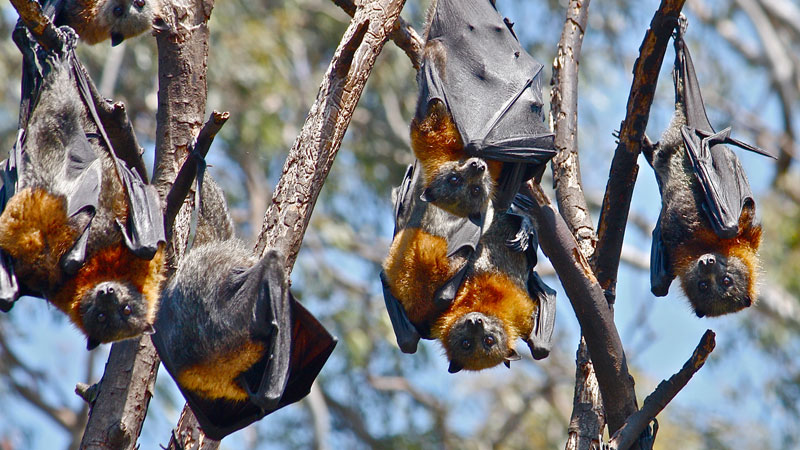 In April 2016, the Eurobodalla Shire council declared a state of emergency when 100,000 Grey-headed flying foxes decided the quiet seaside town of Batemans Bay a choice place to hang. Equating to approximately 1/5th of the country’s entire bat population, or 12 bats per Batemans Bay resident, the winged beings’ screeching and defecating led to residents complaining that they felt like prisoners in their own homes. The NSW state government committed $1.8 million to disperse them, though were restricted to employing non-lethal methods like noise, smoke and bright lights as the bats – all half a million of them – are listed as a vulnerable species.

If the city’s listing as a ‘cathedral city’ doesn’t say it all, Wangaratta, in Victoria’s northeast, might be considered a fairly quiet place. Sir Weary Dunlop may have been born here, Nick Cave schooled, and Ned Kelly taken down but 10 kms away, but, day-to-day, things are otherwise pretty sedate. Even so, Mother Nature seemed to be taking the Micky when, one hot summer’s week in 2016, it transformed several of the city’s blocks into one giant, very non-proverbial, tumbleweed.

As a particularly fast-growing grass, actually called ‘Hairy Panic’, began engulfing front lawns, driveways, cars, and finally houses (and the news-reading world got another dose of #meanwhileinaustralia), the local council began looking into borrowing ‘oversize leaf vacuum equipment’. The locals, for their part, met the invasion with good humour, musing that a scarecrow-making industry could be on the cards.

Of all the plagues and invasions here mentioned, this one’s definitely the funnest. Following the drubbing dealt Queensland’s southern coast by Cyclone Oswald – which, incidentally, would have to be the nerdiest name for a cyclone ever – seaside towns lining the Gold and Sunshine coasts were clumped in four foot of sea-foam. Despite authorities warning that the frothy mass likely contained traces of sewerage, happy-go-lucky locals headed out in droves to make the most of one very giant, very free, foam party. 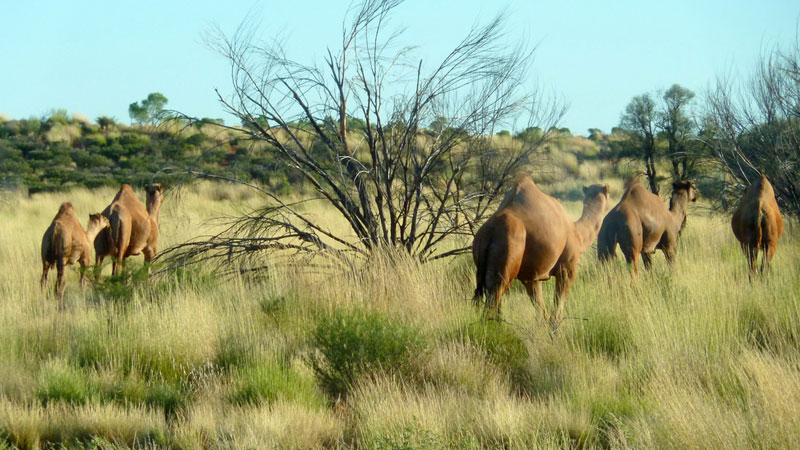 Elaborating on his official statement, the Chief Executive of the MacDonnell Shire explained: “I think the words ‘under siege’ are good words because it talks about people being stuck in their homes and looking out and seeing just numbers of camels at your front door”. Fair’s enough. That would be kinda freaky. Especially when ‘the numbers of camels’ in question is 6,000, the numbers of humans in your town is 350, and the ‘numbers of camels’ are battering down fences, hoof-holing your airport runway, trampling littler creatures and trying to force their way indoors to drink from your air-conditioning units. The town in question was Docker River, and the camels had converged (ostensibly) because they were thirsty and over seeking water in a desert. 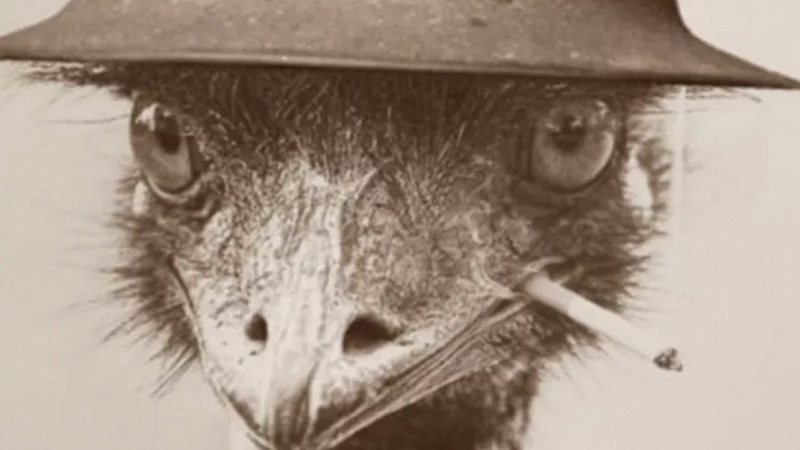 The year was 1932 and drought had gripped the Murchison District of Western Australia. Farmers, on promise of government subsidies, had been encouraged to grow wheat – which the government had then failed to deliver on. So when 20,000 drought-stricken emus began rolling through, destroying fences, ravaging crops and slurping up valuable water, the time was ripe for calling in a few favours. Like the army.

Amazingly, the government heeded the request, dispatching one Major of the Heavy Battery Royal Australian Artillery, plus two soldiers with Lewis machine guns and 10,000 rounds of ammo. More amazing still was the aftermath. After six days of fighting, it was calculated that only between 50 and 500 of the enemy number had been slain. Called to account for what was roundly mocked as a failed military operation, Major Meredith, weirdly (and racistly), was quoted as saying: ‘If we had a military division with the bullet-carrying capacity of these birds it would face any army in the world… They could face machine guns with the invulnerability of tanks. They are like Zulus whom even dum-dum bullets could not stop….’

Following a détente of sorts, which the army used to review tactics and talk strategy, ‘the Emu War’ (as the press were now dubbing it) was reconvened to much greater effect. At its conclusion, Major Meredith claimed 986 direct kills from 9,860 rounds. Somewhat sloppy shooting, some may be tempted to think. Though, then again, noted Meredith in his report, he and his men had suffered no casualties themselves.