Home Guides What to do on Adelaide’s Fleurieu Peninsula
Guides 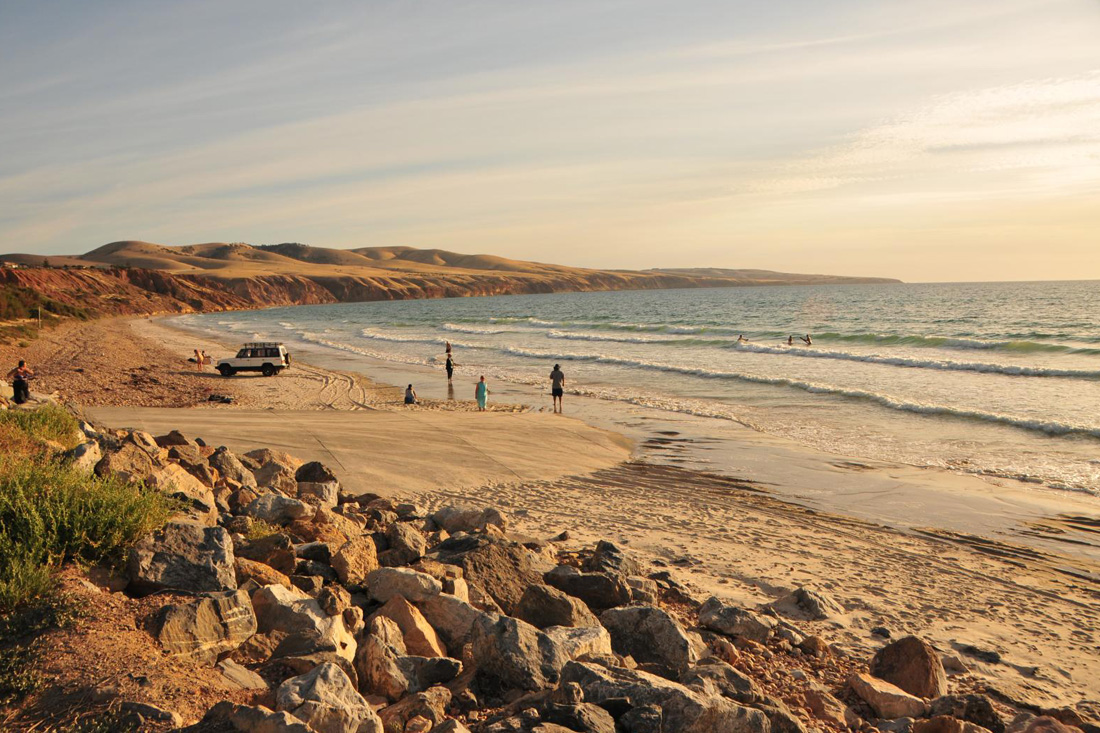 It’s okay if you don’t know how to pronounce it; we didn’t either until we paid a visit to Adelaide’s playground, the famous Fleurieu Peninsula (think floo-ree-oh). Easily daytrip-able from the City of Churches, Fleurieu is where Adelaide locals come to get away from it all, hanging by the beach on weekends or fleeing for a cheeky midweek getaway to vineyards and cellar doors that are quickly rivaling the state’s premier winelands, The Barossa Valley. It’s easy to see the appeal. Fleurieu rolls to a different rhythm. Surfers catch breaks off the coast, third-generation fisherman haul in catches of Australian salmon and olive farmers tend their crops beneath a sun that seems to shine nine days out of ten. Sounds good, right? Here’s what you should check out on your Fleurieu daytrip. 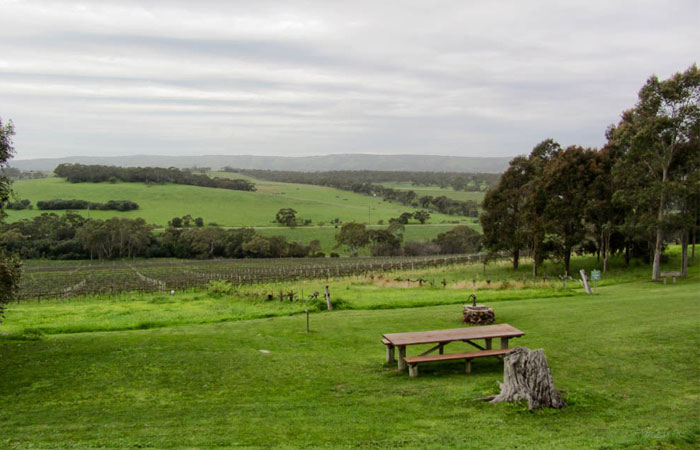 McLaren isn’t the only wine region on Fleurieu, but it is the most famous (Langhorne Creek is also definitely worth a visit if you’re in the area). Known around the world for its bold reds, particularly Shiraz, there are over 100 cellar doors in McLaren – everything from old-school bluestone wineries to contemporary dining. Our personal favourites are Fox Creek Wines, Oliver’s Taranga Vineyard, d’Arenberg and Serafino. But really you can’t go too far wrong. Rent a car, point it towards the coast and wind your way through the hills, stopping at whatever takes your fancy. Don’t forget a couple of souvenir bottles of red for the journey home.

Learn to surf at Middleton

There are dozens of good surf beaches along the Fleurieu Peninsula. It’s in a good position to catch the swells that roll around from Long Bay and the Southern Ocean. Beginners should probably stick to the more sheltered breaks around the Murray River and Port Elliot, particularly in Middleton where there’s a great little surf school. Surfing pros should head south along the coast to find the bigger waves, like the infamous ‘Boomer’. Surf lessons at Middleton start from $50 per person and run for most of the year.

RELATED: CHECK OUT OUR GROUP TRIPS IN SOUTH AUSTRALIA

Have a game of golf at Victor Harbour

Pick a random weekend and the odds are good you’ll find most of Adelaide’s golf faithful down on the peninsula, soaking up the sun on a lazy 18 holes. Our favourite course is Victor Harbour (the oldest one in the region), but Goolwa Golf Course has its charms too. Victor Harbour is a challenging round, with great views out over Encounter Bay and the blue waters of the Southern Ocean. On a clear day you can see Granite and Wright Islands in the distance, all the way from the first tee. Green fees start from $48 on weekends and public holidays. 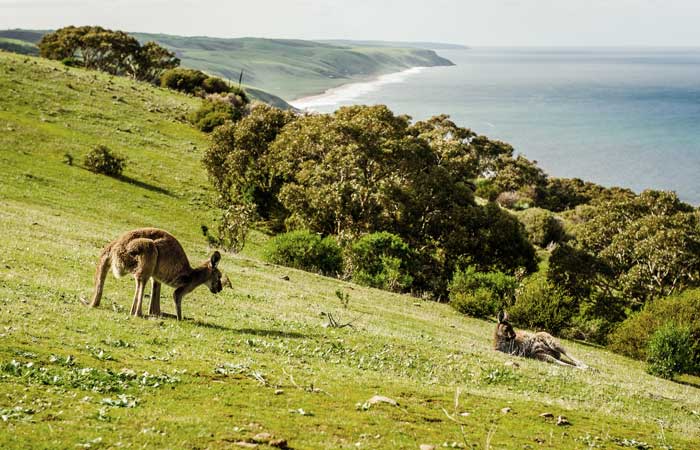 We could write a whole paragraph trying to convince you of the beauty of Deep Creek Conservation Park, but it might save time to just Google Image the place right now. Don’t worry, we’ll wait here. All done? Okay, now you know what we’re talking about: river estuaries and rolling hills, dense scrubland and eucalypt forest, grey kangaroos grazing at sunset and 15 walking trails crisscrossing the whole photogenic package. There are four campgrounds accessible by an average 2WD car, and one that’s ‘hike-in’ only (it’s on the beautiful Heysen Trail – challenging, but worth the effort). Our favourite parts of the park are by the coast, when the forest gives way to huge swathes of rolling grass, all the way to the white cliffs and the deep blue of the ocean. Pure bliss. 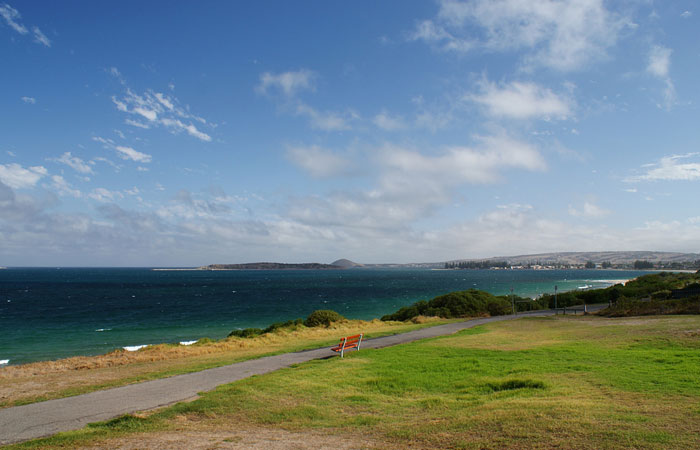 If you’re driving through Fleurieu, chances are you’ll pass through Victor Harbour at some point. For you own sake, try to make that point between June and early October, when Southern Right Whales (but also a few Sperm Whales and Humpbacks) come to the Fleurieu Peninsula to calve in the sheltered waters of Encounter Bay. Basham’s Beach is another good spot for whale watching, but you’ll find great viewing spots dotted along cliffs all around the area. Just bring a camera with a good zoom and a pair of binoculars and enjoy the show. The good news is, despite the region’s history with whaling, whale numbers have been on the up for the last few years, both on Fleurieu and further along the coast at Head of Bight.

Where there’s good wine, good food is sure to follow. And this holds true on the Fleurieu Peninsula. Almonds and olives are the region’s two big culinary drawcards, but with plenty of space and a coastal climate suited to growing, there’s a massive variety of local produce available. Produce that’s usually on show at one of the local farmer’s markets. Jams, relishes, chutneys, home-baked bread, cured and smoked meats, goats curd and feta cheese, Willunga almonds and Mount Compass blueberries – you’ll find them all on sale. Victor Harbour famer’s market is probably the most well known (Saturdays, 8am-12:30pm), but Myponga Country Market (Saturday & Sundays, 10am-4pm) and Green Door Market (Last Saturday of the month, 9am-1pm) are also good options. Bring cash and an appetite. You’ll use both.

Visit a gallery in Goolwa 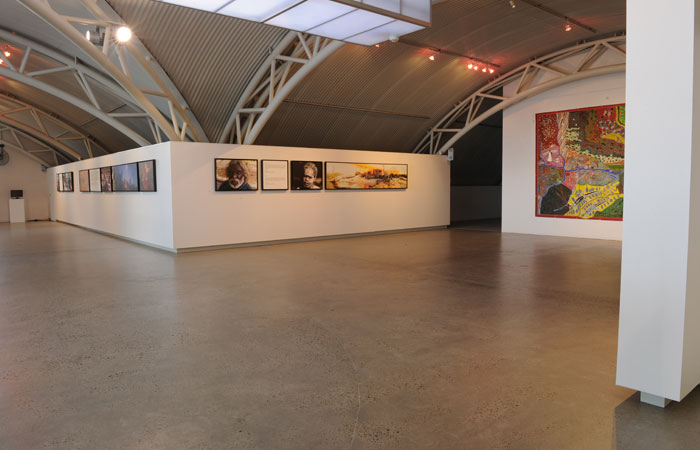 The landscape of the Fleurieu Peninsula has inspired artists for centuries (Hans Heysen, Dorrit Black, John Olsen and Kathleen Sauerbier to name just a few), and it’s no surprise that a region dedicated to good food and wine would have a booming arts scene as well. There are galleries, both private and public, dotted throughout the region, but Goolwa is a good place to start if you’re looking to get a good intro into the local scene. In particular, make sure you check out the South Coast Regional Arts Centre, Art @ Goolwa and Signal Point Gallery for a mix of traditional oils and contemporary printmaking. Red Poles in McLaren Vale is another good stop, although the proximity of cellar doors might impair your art critiquing abilities.

Kick back at Normanville Beach 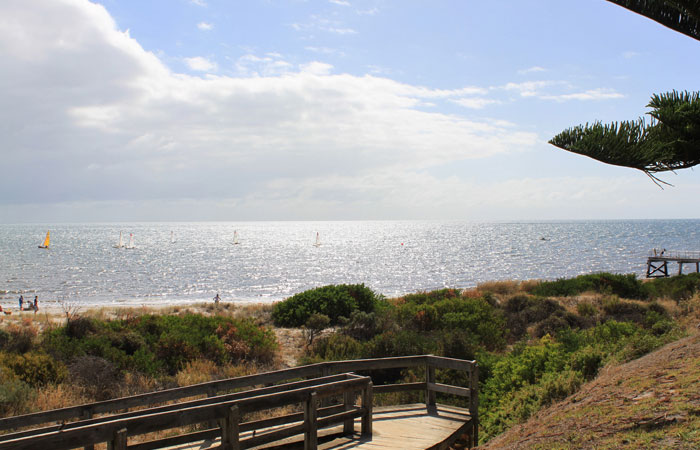 It’s hard for us to pick just one beach along the peninsula. You really can’t go wrong in this area, where windswept bluffs give way to secluded sandy beaches by the dozen. But if we had only one beach to go to, it’d probably be Normanville. It’s close to Adelaide, making it perfect for daytrips; the sand dune system is so beautiful it’s actually been heritage listed; the town itself is sleepy and tranquil and there are shipwrecks off the coast to add a bit of drama. There’s even a cute, crafty shopping strip just behind the main beach. On a sunny afternoon in summer, there’s nowhere else we’d rather be on South Australia’s coast.