Home News Back to the future: 7 things we can learn from Australia’s First Peoples
News 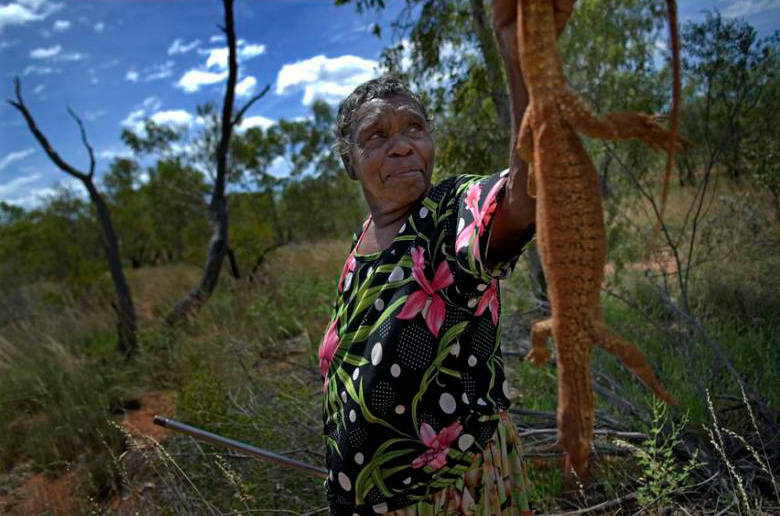 From tracking to hunting and eating to controlling the weather – the first people of Australia knew a thing or two about how to make the most of their surroundings. Arguably, they were way better at life than we are. Here’s seven things Australians and non-Australians alike can learn from the world’s oldest surviving culture.

1. How to invent the right tools for the job 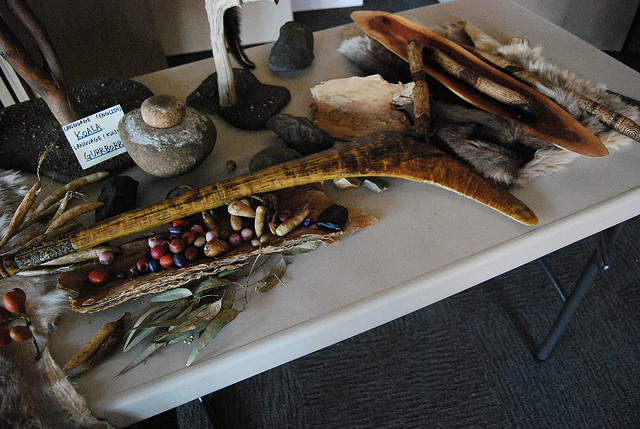 Take the boomerang. When thrown by a pro, this harmless-looking slither of stick could buckle kangaroo legs, down flying ducks and even decapitate emus. Perhaps best of all though, miss your target and your weapon comes right back.

There’s no reloading, no wasted bullet and no booming gunshot sending all prey within a 20 km radius a-scatter. Genius. But the smarts don’t stop there. In 1914, Ngarrindjeri inventor David Unaipon used the principles of perpetual motion demonstrated in boomerang flight to anticipate the invention of the helicopter. These days he’s the fella on the Australian $50 note.

Then there’s the woomera; a wooden spear-throwing apparatus – the fastest weapon known to man until the self-loading rifle came along. Essentially serving as an extension of the spear-thrower’s arm, the woomera could launch a spear at such speed that the distance it covered was doubled – all the while staying very much on target.

2. How to be masters of tracking From just studying the tracks of an animal, Indigenous Australian trackers can tell what type of animal the tracks belong to and, from the size and depth of the prints, whether you were male or female, your approximate age and how fast you were travelling. 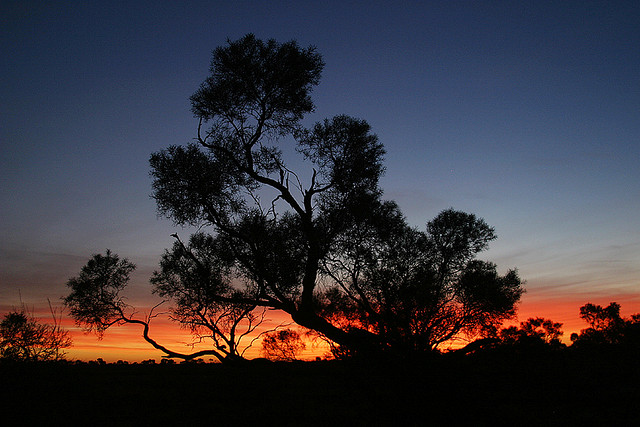 On account of these highly developed tracking abilities, Aboriginal trackers – then unaffectionately known as ‘black trackers’ – were highly valued during the colonial era as stockmen, navigators, police rangers and bounty hunters.

But at a time predating Sat Nav (or even Google Maps), how does one do this? Through song, of course. Commonly referred to as ‘Songlines’, Indigenous people described territorial jurisdictions and unmarked trails in tunes that were inculcated in collective clan memory.

The idea was that the lyrics of these songs would describe the landscape’s landmarks in such a way that it’d become quickly clear if you were veering off-course.

4. How to preserve and protect 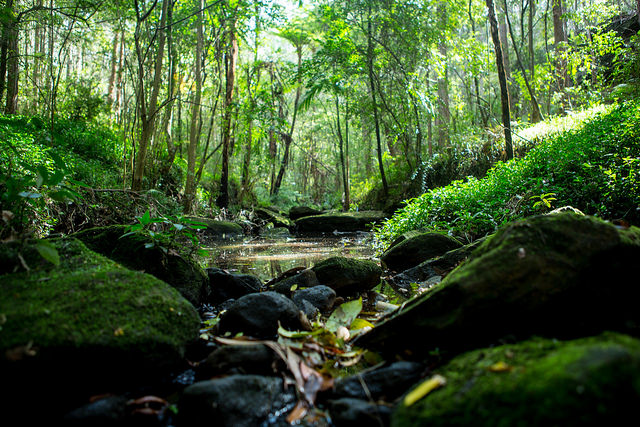 Approximately 50,000 years before hippies happened on the idea that perhaps not all of the planet’s natural resources should be plundered without reservation, Indigenous Australia had arrived at the same piece of logic.

In order to ensure that their food sources remained just that, Australian Indigenous culture took serious conservation steps to maintain the fragile balance of their ecosystem. Prey was only hunted in sustainable numbers, vegetation gathered only when in season and clans only permitted to camp in areas for short periods of time so as not to decimate it. Sounds kinda logical, right? 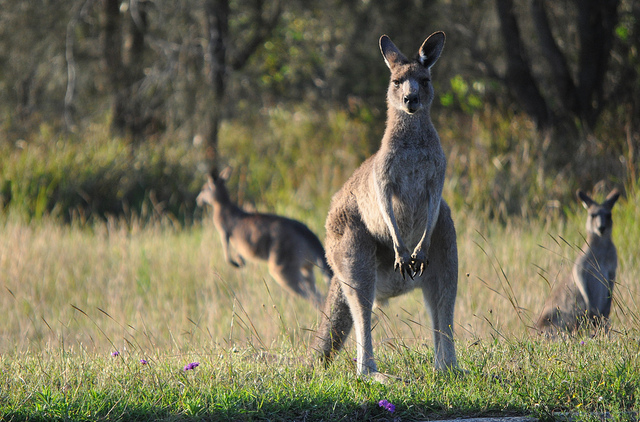 By many measures, Indigenous Australian people survived on a day-to-day diet much healthier and more diverse than most of us do today.

For a start, there is the game. Kangaroo, wallabies, emus, possums, parrots, ducks, snakes, bats, turtles, fish, dugongs, yabbies, goannas, insects, shellfish, echidnas – depending on where and at what time you were hunting, they were all fair game. And not only fair game, but free-range, fair-trade, grass-fed, 100% organic, fresh-as-can-be and responsibly-sourced. You’ve only got to look at the tiny amount of refrigerated real estate the organic meat section takes up in most supermarkets to conclude that we’ve gone hideously wrong somewhere down the track.

Rounding out the greens are berries, figs, waterlillies, wild bananas, mulga apples, grasses, seeds, g`rains and wild plums – almost all of which were nutritious, low-carb, low-fat, vitamin rich and iron high. And while choices for dessert were admittedly a little lacking, skipping the puddings be how you gets the six-packs.

6. How to control the climate 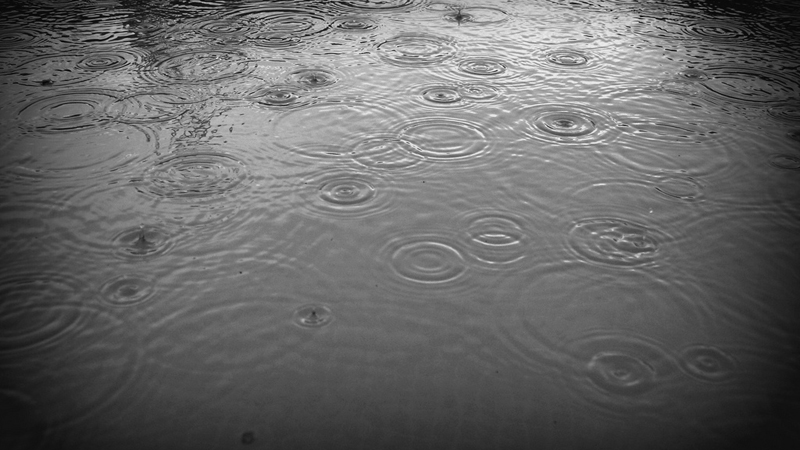 Next time you find yourself cursing the effort it takes to get up and fiddle with the thermostat in your lounge, spare a thought for Central Australia’s Arrernte people.

In his book Bushfires & Bushtucker, botanist Peter Latz contends that the Arrernte were so in tune with their habitat and its ecology that they could actually MAKE IT RAIN.

On days when a particular cloud cover was about and the Arrernte felt like a shower, they’d set about burning a 1km square of hard Spinifex (Triodia Intermedia) – the oils in which would create a smoke of such density that it would actually catalyze rainfall. And to think that there still exist some who maintain human action has no bearing on climatological change. 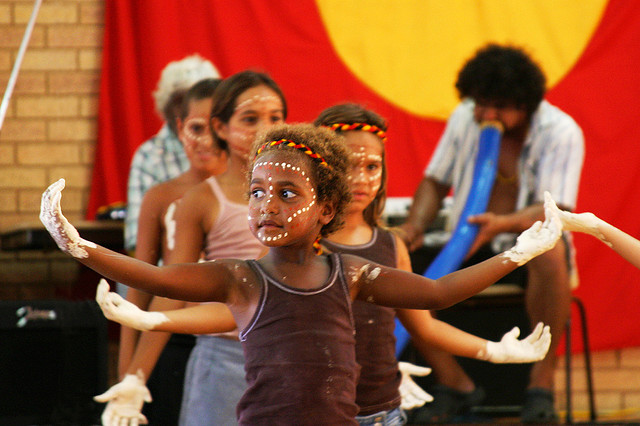 Because Aboriginal Australia truly valued the knowledge and advice of elders, their traditional familial structure went to a different design. Once a little ‘un had popped into the world, granny and pop would take over the rearing rains as it was believed that they might just be better qualified for the whole job of, oh, tutoring a life.

The parents meanwhile, fit and able-bodied, would head out to hunt, gather and make more babies – their child-raising time would come soon enough. Again, kinda makes sense, no?

Inspired to learn more about Indigenous Australian peoples? Embark on a trip with Adventure Tours Australia and hear it all straight from the traditional owners of the land.