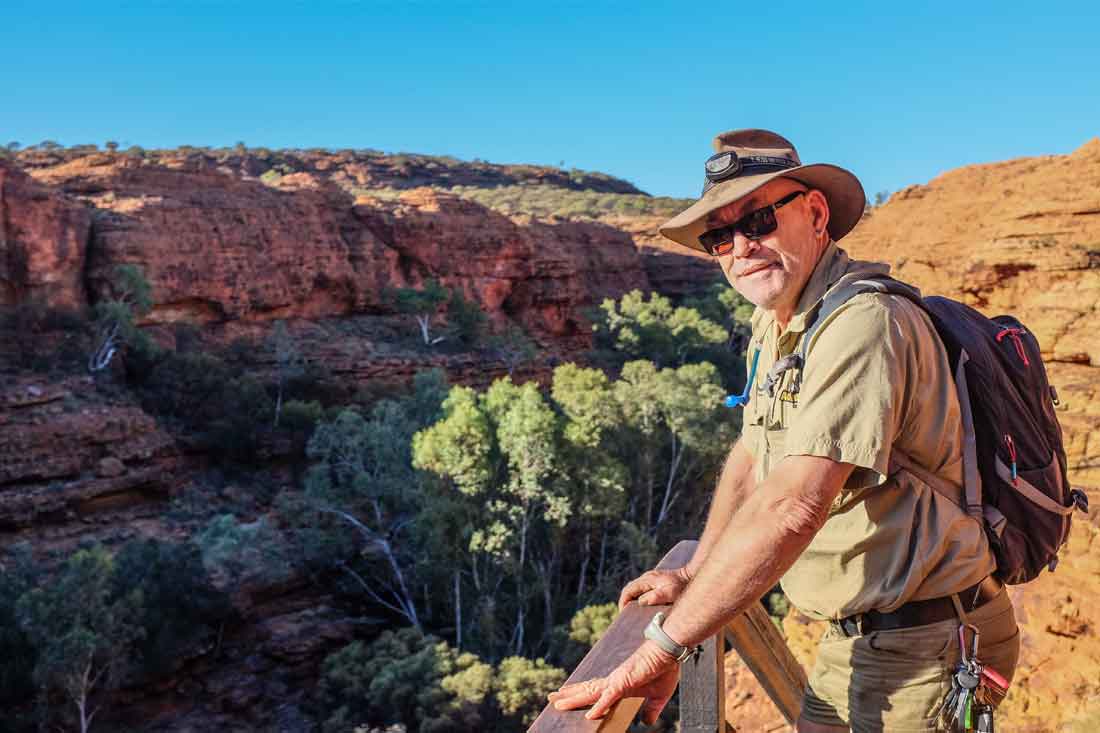 American comedian Arj Barker once came up with an experiment to put the Australian vernacular to the test. Suspicious of what he was sure were just made-up words sprinkled into Aussie conversation for his benefit, he thought he’d try it himself. A store assistant came up to him one day and asked if he needed any help. Arj turned to him, looked him right in the eye and said, ‘No thanks, I’m just having a little squidjerididge’. To which the salesman replied, ‘No problem mate, let me know if you need anything.’

While 99% of the country doesn’t go around saying things like ‘throw another shrimp on the barbie’ or ‘you little rippa!’, Aussies do abbreviate certain words, throw in the odd historical colloquialism and have unique mannerisms and an odd sense of humour – all of which can make them a little hard to understand.

So for those wanting to master this distinctive lingo, Intrepid is here to help with our very own (and very unofficial) guide to speaking Australian (note: not all of these phrases are in common usage, and vernacular does differ from state to state, but it’s worth being prepared all the same).

An easy one to start with. This is a pretty standard greeting, at least in the more rural areas of Australia. It’s just an abbreviation of the old English ‘Good day’. It’s worth noting that some Aussies may feel a bit surprised if, as a foreigner, you try to reciprocate this one. If you feel awkward about it, answer with ‘Hi, how’s it going mate’ and hope for the best.

This one is a legacy from the gold rush days. This is generally used in conversation to mean something legitimate, fair and above board. It comes from the gold fields of Victoria in the 19th century, where the Chinese dialectic phrase ‘din gum’ was used by the prospectors to mean a weight of gold that was on the level, or true gold.

Aussies love to abbreviate certain words. It’s one of the hallmarks of the vernacular. But it can take you unawares if you’re not expecting it. Here are a few common ones you might encounter: brekkie (breakfast), uni (university), arvo (afternoon), smoko (smoke/snack break), bikkie (biscuit), tellie (television), footy (football).

It sounds bad, but it’s really just used for emphasis. On the scale of swearing in Australia, this is pretty low. If something’s ‘bloody good’ it’s very good, if it’s ‘bloody hot’ it’s very hot (you get the idea). Use liberally and often, especially if it’s hot.

Often shortened to just ‘buckley’s’, as in the phrase ‘you’ve got Buckley’s’. This basically means no chance in hell. There’s a bit of dispute around where this phrase comes from, but most reckon it’s from the convict William Buckley who escaped capture in 1803 and lived among the Wathawurung people for 32 years – he stayed so long that it’s rumored he forgot how to speak English.

Basically a speedo or small bathing costume. Often used in reference to the Prime Minister Tony Abbott who insists on wearing them a lot. No etymology necessary here we hope.

An adjective used to describe something uncool, awkward or a bit dated. It can be a noun too, as in ‘he’s a bit of a dag’. It’s not a very pejorative word, and can even be a term of endearment. In typical Aussie style, its origins have nothing much to do with the actual use (Google it for yourself).

Someone who is uncultured or unsophisticated, even if they have a bit of money. Generally a bit of a put down. It’s the equivalent of a UK ‘chav’ or possibly a US ‘redneck’.

Aussies have words for beer like Inuits have words for snow. Depending on where you are in the country, different glasses and measurements are called different things. This can be so parochial that asking for the wrong drink in the wrong state can generate some pretty serious confusion on the part of the bartender. Here’s our foolproof guide:

Also known as a ‘foursie’ in Melbourne. This is the smallest glass of beer in the world. Don’t order it.

Another tiny beer that will probably engender ridicule. It’s good if you need something to make the pint next to it look bigger.

A pretty standard glass of beer all over the country, a pot represents about half a pint. The name, however, does vary. In Sydney and Perth it’s a ‘middy’, in Canberra a ‘half-pint’, in Darwin it’s a ‘handle’ and in Adelaide a ‘schooner’.

Between a pint and a pot. A good afternoon beer when you’re catching up with mates. It’s known as a schooner everywhere except Adelaide, where they’ll probably know it as a pint.

A standard pint. No tricks here, except in Adelaide it’s known as an Imperial Pint. No one knows why.

Want to put your new lingo to the test? Check out our range of Aussie small group tours.