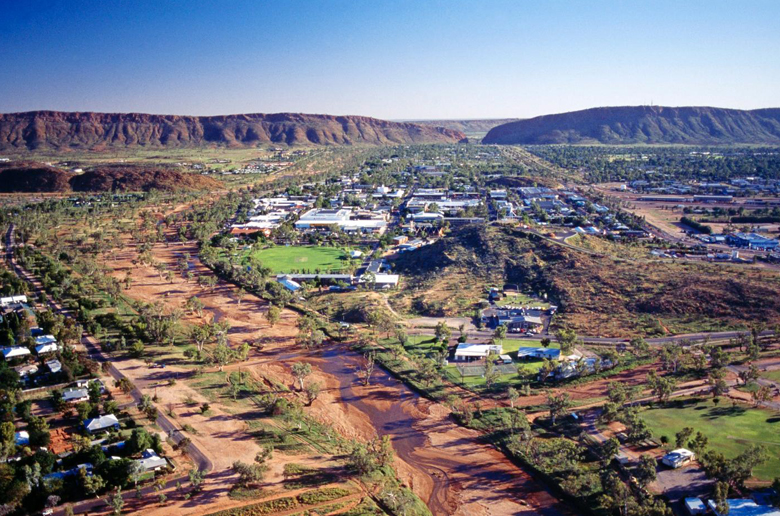 By Red Centre standards, Alice Springs is a sprawling metropolis. By any other standards in the world, it’s a small town of about 28,000 people, smack bang in the middle of nowhere. Some love it, some hate it, but most people who travel through the Outback will have to deal with it at some point. It’s best to just acknowledge ‘The Alice’ for what it is, not what it could be. For one thing, it’s not ‘next door’ to Uluru. Uluru is actually 463km away (a fact that bamboozles many new arrivals). The town is also hot, dusty and (in some areas) struggling with poverty and other socio-economic issues.

It’s best to see The Alice as a launching pad. Enjoy the good bits (the wonderful galleries, aboriginal cultural, excellent pubs) and then head out into the wide blue yonder. So if you’re flying into Australia’s hottest town (temperature wise, at least) these are the small group trips to look for:

There are advantages to flying straight into Yulara to see Uluru. It’s closer and you don’t have to deal with the long drive from Alice. But if it’s a Red Centre journey you’re after, an appreciation for the country’s endless flatness, it’s actually better to fly into Alice Springs instead. Our Uluru Adventure departs from Alice Springs and comes in two flavours (Basix and Original) depending on the style of accommodation you’re looking for. On the way to The Rock we’ll stop at a working Outback camel farm as well as the famous boulders of Kata Tjuta. Then it’s a whole day of Uluru exploring, followed by the iconic Kings Canyon rim walk. Not a bad little 3-day itinerary if you’re looking for something to do over a long weekend. 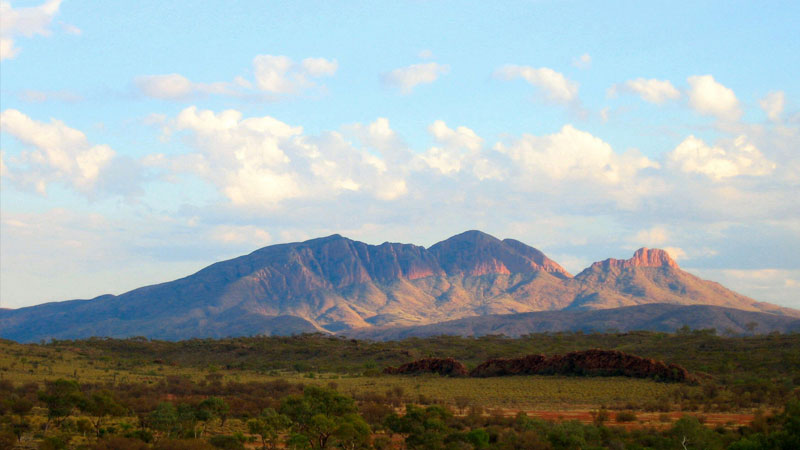 Our Red Centre Adventure goes a little off the traditional tourist path, with a detour to the spectacular Western MacDonnell Ranges. These are another bonus to flying into Alice Springs – if you headed straight for Yulara, you’d have to backtrack a long way to see them. The MacDonnell ranges are a series of red rock ridges and cool gorges, with a few swimming holes that only the locals know about. They’re almost like a mini-Kakadu, and one of the few places it’s possible to cool off in the heart of the Red Centre (Ellery Creek is one of our personal favourite spots). End the day with an optional camel ride as the sun sets and the Ranges start to change colour, from ochre red to fiery orange and deep purple. This itinerary runs for 4-days, and is a pretty comprehensive intro to the area around Alice Springs – a good option if you’re planning to head north afterwards.

Our longest tour running out of Alice Springs: 9 days through some of the most epic scenery the country has to offer, from Uluru all the way up to Kakadu and Litchfield National Parks. If you’ve been hunting for an All Stars group tour departing from Alice Springs, this is it. The trip begins with a classic Red Centre itinerary: Kata Tjuta, Uluru, the Western Macdonnell Ranges and a special night camping in the Watarrka National Park. Then we head back to Alice and fly up to Darwin (we’ll spare you the epic drive). From there it’s the best of Australia’s Top End: the gorges, waterfalls and billabongs of Kakadu National Park, bushwalking in Katherine Gorge and Nitmiluk, plus the awesome Mary River Wetlands. By the time you get back to Darwin you can rest easy knowing you’ve seen the best of the best (after that, who knows? Why not head west through the Kimberley and on to Broome!)

Outback to the Top End 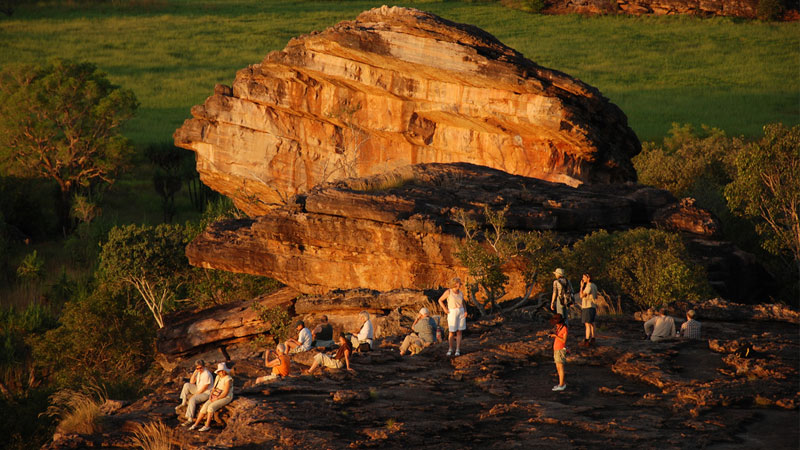 If you’re heading into The Alice with exactly a week to spare, you could do worse than join our Outback to the Top End tour. It covers most of the highlights you’ll find on the Northern Territory Encompassed, but shaves a couple of days off the itinerary by skipping Litchfield National Park and the Western Macdonnell Ranges. It also includes a flight from Alice Springs up to Darwin (so you won’t have to face 16 hours and nearly 1500 kilometers of flat, open road). If you’re tossing up travelling from Darwin to Alice or from Alice to Darwin, there are a few factors to consider. First, if you head south it’s going to get hotter, not cooler, and there will be fewer chances to cool off for a dip. Second, decide where you want to push onto: if wilderness of The Kimberley appeals, head north to Darwin and on from there. If you want something more refined, like the vineyards of the Barossa Valley, head south to Alice and then push on to coastal Adelaide.

Whatever tour you choose, make sure you go with a tour company that knows they’re stuff. Adventure Tours Australia is known in Alice as one of the best. Click here to see what we’re all about.