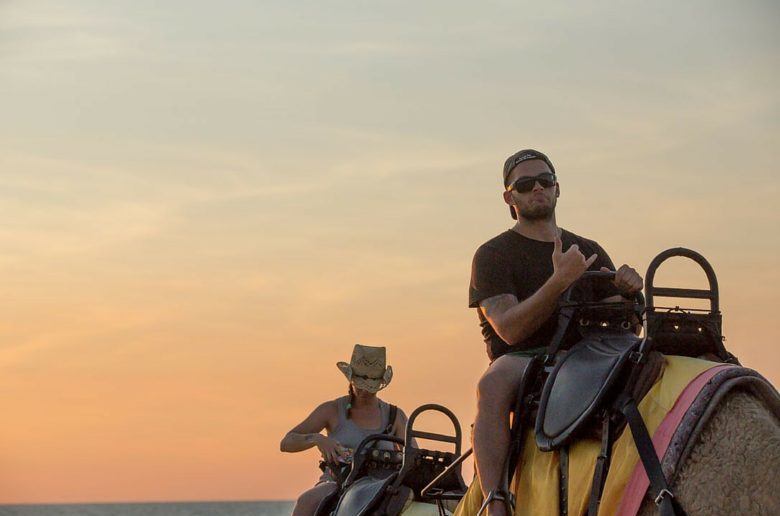 Whoever it was that first decided to take their pet camel for a sunset saunter along Cable Beach hit on a good thing. Whether they did so in the hope that some out-of-towner might offer money for a ride, or whether (as I like to think) they just thought it a romantic thing to do, I know not. Whatever the case though, their stroll was a lucrative one. Today, Cable Beach camel rides are to Broome what snorkelling outings are to Cairns. No less than three separate operators run camel capers at different times of the day, year round.

Personally, I’ve never much understood the allure of gallivanting about on a camel. They smell, they slobber, they’re toothy and they spit. Their gait is bumpy, their demeanour grumpy, their seat humpy and the one in front of me always farts too much. A man’s not a camel, but if a camel were a man I imagine he’d be Sir Les Patterson. So, these days, I tend only to burden the beasts when they’re literally the only transport option available to me. Which is not often.

Accordingly, on a recent three-day stay in Broome, I wagged the town’s definitive experience. Other travellers seemed a bit nonplussed by this stance of mine; some even outright suspicious. ‘But… errr… what you are going to do?’ one French guy asked, regarding me as though we were in Cairo and I’d opted to snub the pyramids. The locals, though, got it. ‘There’s plenty to do in Broome that doesn’t involve camels,’ the helpful lady at the information centre reassured me, ‘You’ll just need a car’. And so, sticking to my cars-over-camels guns, and with one very highlighted Broome Visitors Guide in hand, out I went. Here’s where: 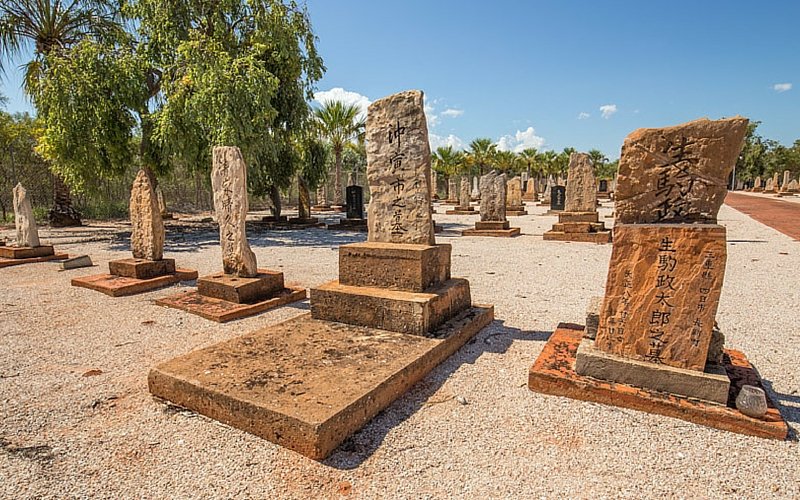 Some museums are boring, some are great and The Broome Historical Museum is the latter. Sounds cliché I know, but paying a visit here will genuinely get you appreciating the town for where it’s come from – which will in turn get you appreciating what it is now. Housed in a humble weatherboard shack that was once the Customs House (meaning that it’s literally a bit of history in and of itself) this museum is deceptively stay-worthy. I usually rush my way through museums because refer to opening four words of this paragraph, but, were it not for a prior engagement, reckon I’d have happily mooched about this museum for a good two hours.

What’s so great about it isn’t so easy to quantify, though a disarming lack of pretention certainly goes some way. Everyday items from barely a century ago make up many of the displays, and the videos on rotate – one of which is simply interviews with women who worked the local telephone switchboard – are surprisingly absorbing. Chiefly, however, it’s the exhibits detailing the town’s pearling history that really shed light.

Like any gold mining town, Broome was a place built on open discrimination, systemic exploitation, relative autonomy from government, the seeking of fortunes, indentured labour and outright slavery. Riots broke, brothels boomed, opium dens operated, gambling houses flourished – the joint was basically Deadwood by the beach. It was also, funnily enough, Australia’s most cosmopolitan community. Chinese, Japanese, Javanese, Europeans, Malays, Filipinos, Koepangers and indigenous Australians coexisted here, if often on uneasy terms. Circa 1900, Broome’s 4,000-strong population was approximately 1,000 of European descent to 3,000 of Asian ­– a percentile known nowhere else on the continent.

When you’re cognizant of these, Broome’s various attractions suddenly gain some depth. Chinatown, which is now the community’s main shopping strand, came to be because that’s where the Chinese were assigned to live. The local Catholic church was built by Filipinos. The headstones in the Japanese Cemetery mark men who died diving, and the statue of a reaching woman along the Conti foreshore pays tribute to the many indigenous women who suffered through the era of blackbirding. 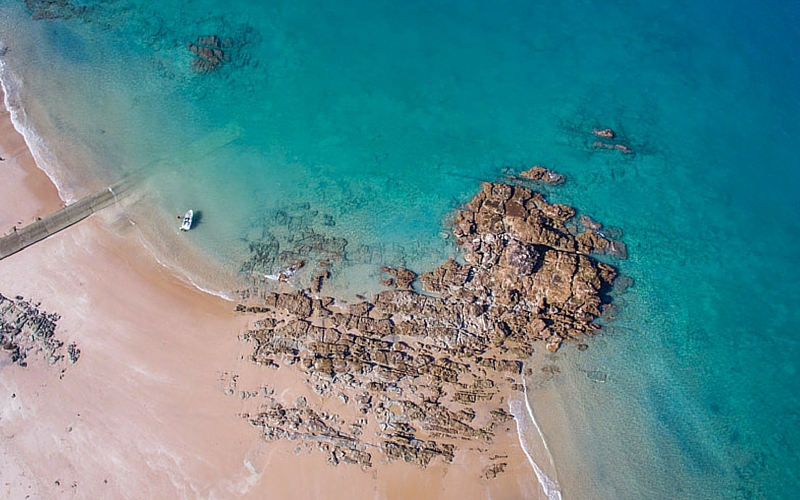 Given the centrality of all things pearling to all things Broome, a visit to one of the area’s still-operating pearl farms is another worthy outing. Pinctada maxima, the world’s biggest type of pearl shell, was discovered in the area in 1861 and, within three years, the industry was supplying 75% of the globe’s appetite for it. Business, you might say, was Brooming.

Initially, it was Mother of Pearl – that is, the pearl’s shell – that was sought after rather than the pearls themselves (which, if discovered, were merely considered a bonus). What changed this was, weirdly and radically, the invention of the plastic button. With folk now able to fasten their clothes with something other than pearl shell, Mother of Pearl became mighty worthless mighty quick.

Fortunately for the future of Australia’s pearling industry, a few Broome characters in the game had been toying at ‘culturing’ pearls for a few years. And, in 1960, they hit pay dirt. The pearls produced by the Browns of Cygnet Bay Pearl Farm were double the size of those cultivated in Japan, they matured in half the time, and the world wanted them.

Seventy years on, Cygnet Bay Pearl Farm is still pearling hard. It’s one of only three pearl producers still operating around Broome, and one of the two that’s open to the public. Both Cygnet Bay and Willie Creek Pearl Farm offer tours around their operations. You can learn about the pearling process, see it in action and buy pearls straight from the source. At Willie Creek you can also take a scenic helicopter flight, head out on eco cruises in search of whales, turtles, dolphins and dugongs, enjoy some nosh at The Grill and check out the onsite aquaculture display. At Cygnet Bay you can stay the night in en-suited safari tents, dine at the licenced restaurant, take a Giant Tides Sea Safari or even venture out to Cape Leveque, the Buccaneer Archipelago or Horizontal Waterfalls. 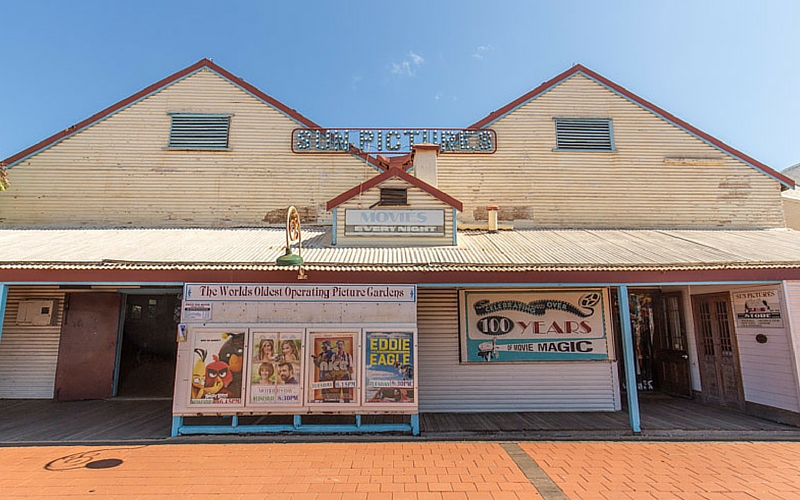 Unlike Broome’s Historical Museum and pearl farms, the Sun Pictures movie theatre is in central Broome and you don’t need much time to see it. It’s said to be the oldest outdoor theatre in the world, and, although I haven’t been to any others, certainly felt it to me. The posters inside, which don’t look like they’ve been taken down since they were put up, are all of movie stars who are heaps dead. The seats are beach chairs and some of the old projectors look like something out of Alien vs. Predator. You can still see movies here every night, all of which will, at some stage, be interrupted by a plane flying overhead to touch down at Broome airport two blocks yonder. Apparently the place used to suffer from tidal flooding and audiences were liable to suddenly find themselves shin-deep in seawater. On such occasions it was said to be the only cinema in which you could catch a fish while watching a movie.

Another central Broome attraction that you don’t need long to see – though plenty find cause to think that they do – is Matso’s, the town’s brewery and beer garden. ‘A little bit different’ disclaims their by-line. And they’re not wrong. The Pale Ale, Session Ale and Dark Lager are all conventional enough; the Mango Beer, Lychee Beer and Chilli Beer far from. The Chilli Beer they claim to be ‘probably the hottest in the world’, and I’d not doubt it: the restaurant serves good Indian food and that was the only night I’ve ever role-reversed beer and Indian food to douse a tongue fire. 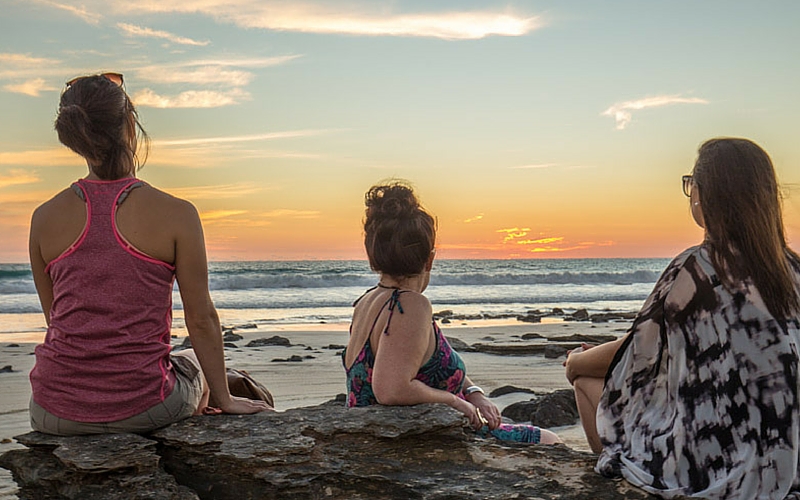 Between July and November, the world’s biggest pod of Humpback Whales – the so-called ‘Group IV population’ – swims its way up to the Kimberley to give birth and nurse their calves. Sometimes you can spot their spouts of spray from the shore at Entrance Point, but a far more memorable experience is heading out by boat to see them up close. With an estimated 25,000 of these leviathans chugging along the coastline each year (that’s double the number said to be on the East Coast), sightings are guaranteed by many operators on a money-back basis. On those kinds of terms, why would you not?

Keen to visit boomin’ Broome? Check out our range of tours here.

Great info – will be there in a year or so.