Home Features How I fell back in love with Australia
Features 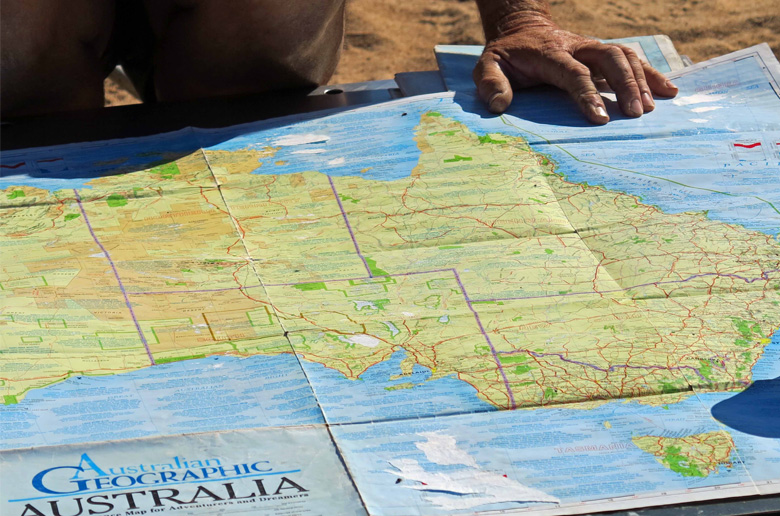 Like many Australians, I’ve given my passport an absolute thrashing. As soon as I hit my late teens I began to feel trapped in Australia. Fenced in. Limited. I needed freedom. And so I went out and got it. But I did more than just taste sweet freedom. I gulped it down greedily like a marooned sailor being given a taste of fresh water.

So, I hiked in Morocco’s High Atlas Mountains, slept in a treehouse in Kenya and sailed to Antarctica in a yacht. I stood in Cambodia’s Killing Fields and wondered how on earth people could treat others so appallingly. I was given a gift by a stranger in India and marvelled at how generous people can be. I ate gelato for breakfast in Italy, poutine to cure a hangover in Vancouver and got stuck into the local moonshine on a long bus ride in Sri Lanka. And I got stuck in the Falkland Islands for longer than expected, but that’s another story.

After a while, my fun merry-go-round of international travel begun to spin out of control. I soon felt my life was nothing more than a series of jet lag-inducing flights, vaccinations, visas and poor attempts at speaking other languages. My purse was full of different currencies and my passport inked up with stamps, but I was running on empty. Yet still, I stubbornly persisted on pushing myself to see more of the world. Until I read a quote that stopped me in my tracks.

The lesson that life constantly enforces is ‘Look underfoot.’ You are always nearer to the true sources of your power than you think. The lure of the distant and the difficult is deceptive. The great opportunity is where you are. Don’t despise your own place and hour. Every place is the centre of the world. 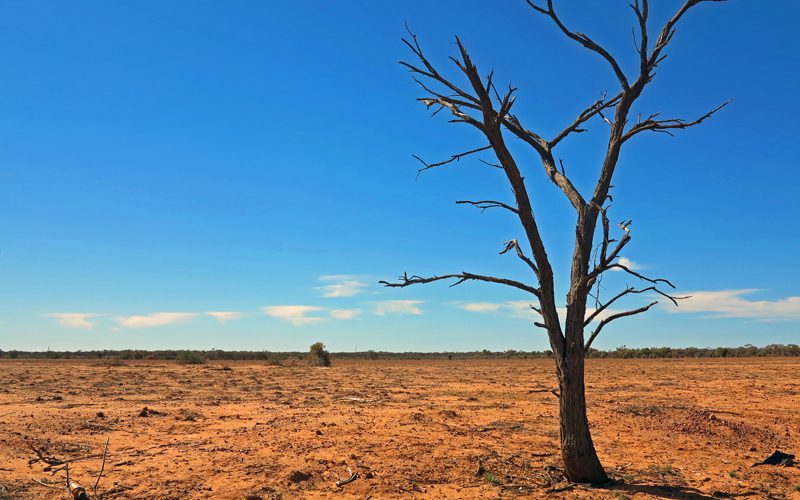 While I was racking up airline miles (and a pretty shameful carbon footprint too), I’d completely forgotten about Australia. All the conditions for adventure were right underfoot all the time. Yet every time I’d plan to travel in Australia, I’d end up in a conflicted conversation with myself, the classic angel and devil on each shoulder scenario.

The conversation would go a little something like this:

Me: I’ll leave exploring Australia until I get old.

Other me: But what if you don’t get to grow old?

Me: Travelling in Australia can be expensive.

Other me: But does it have to be?

Me: Australia is boring

Other me: How dare you!

In the end, the desire to explore my birthplace won out.

Realising I knew Australia’s cities like the back of my hand, I decided to spend my spare time off-road. I went bush. I walked. I camped. I used long weekends to go on road trips with friends. I stayed in cabins near national parks and hotels in random places. I joined group tours to places I felt were out of my reach. I took every opportunity to see places in Australia I’d neglected for so long.  And at every turn I met people who were so very happy to share their home with me. 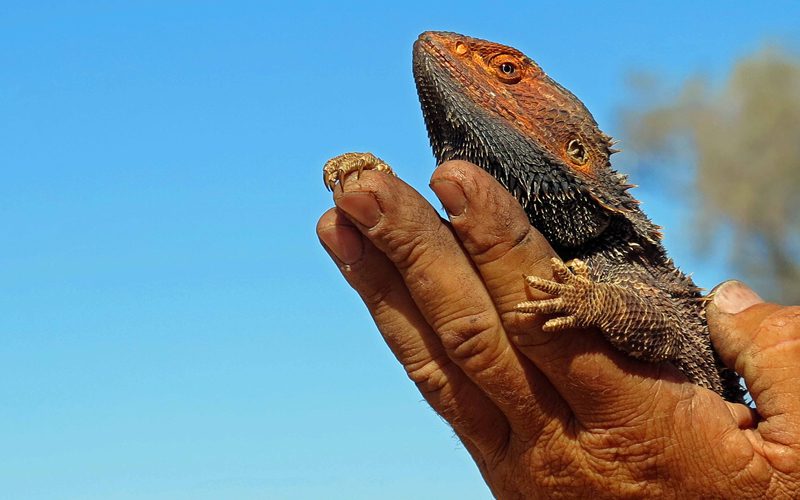 In Tasmania I met handsome wombats and up in the Top End I met less-handsome crocodiles. In rural Victoria I woke up to a cabin surrounded by roos and in Outback Queensland I hung out with bearded dragons (and a billion blowflies). On Kangaroo Island I met people who are quietly producing some of Australia’s best honey and cheese. In the Simpson Desert, I sat by a campfire with a cup of billy tea and felt protected – not fenced in – by the ancient dunes.

And so, over time, I fell in love with Australia again. Like a good, old fashioned slow burn romance that creeps up on you, I was taken aback when I realised how much I loved travelling in Australia. I crushed on honeycomb cliffs and swooned over fields of wildflowers. I became besotted with country towns full of bushranger-pride and obsessed with tiny pubs that serve T–Bone steaks the size of your head. If this were a movie, Australia would be the boy-next-door, patiently waiting to be noticed and loved back. Finally, zing went my heart strings for Australia. 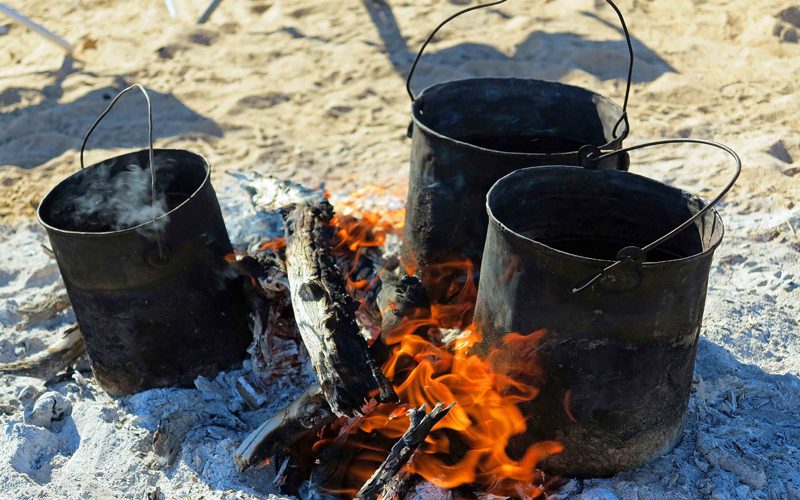 Along the way, I learnt that my home isn’t boring at all. I was surprised to find that Tasmania has some of the most beautiful beaches in the world. I was shocked to learn that Barossa Valley’s old world wineries have vines older than ones in France.  In Outback Queensland, I found out that ghost towns really do exist outside of serial killer movies and XXXX beer isn’t nearly as bad as I’d been told. I was pleasantly surprised to see that flowers do really bloom in the desert.

I also realised how bloody lucky I am to have all this. While many other countries can be driven across in a day (hello Liechtenstein) or have little diversity in topography (sorry Belgium), us Aussies can wander our land for decades and never cover it all. We can amble along bush trails lined with moss-covered rocks, dive into tropical reefs, sleep under some of the clearest night skies on the planet and learn about rock art straight from the mouth of someone who is a living, breathing member of one of the oldest living cultures in the world.

Australia. I’m sorry I’ve been gone for so long. Thank you for not taking my absence personally. I thought I was too big for you. Now I realise, it was you who was always way too big for me.

Want to fall in love with Australia? It’s easy – you just need to get out there and see it.