Home News Gunlom Falls opens early for a select few. Here’s how you can get there first
News 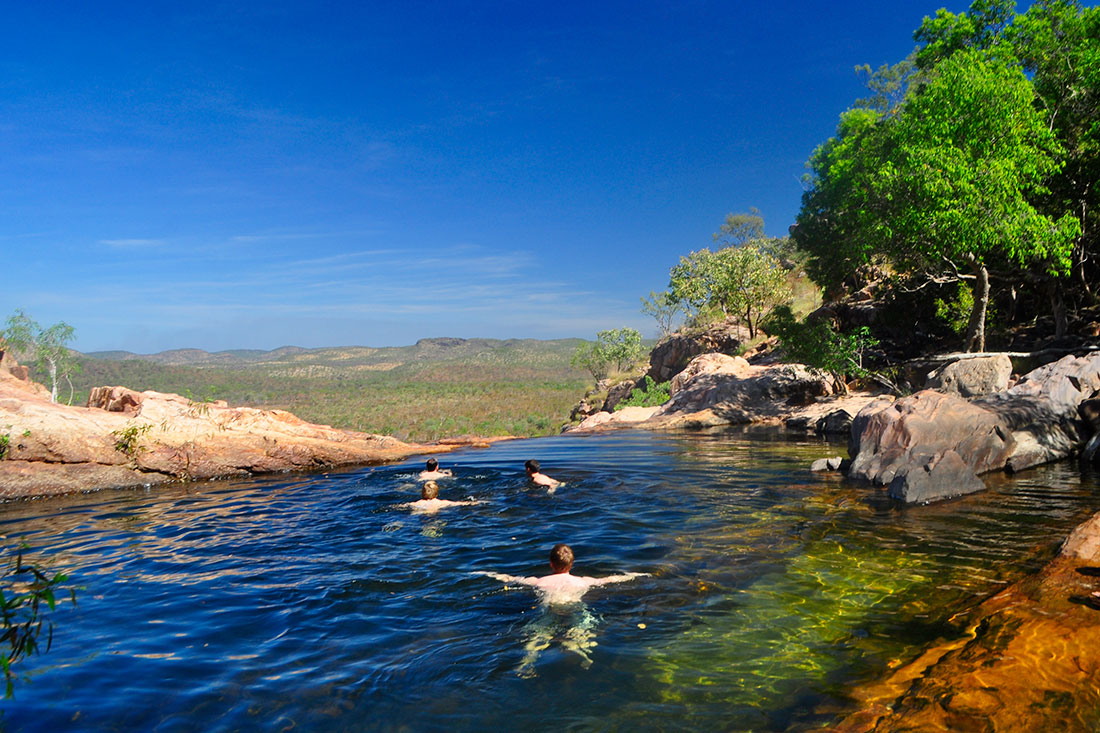 Book your trip to Kakadu >

Gunlom Falls first became famous when it starred alongside Paul Hogan in the 1986 movie Crocodile Dundee. Today this series of waterholes at the top of an escarpment is famous in its own right. With its panoramic views of the surrounding countryside, it feels like the Outback’s finest infinity pool. And if you’re a social media addict, you’ll even be able to post your pictures early, because Gunlom Falls is one of several remote sites across the Northern Territory that has free wi-fi access. 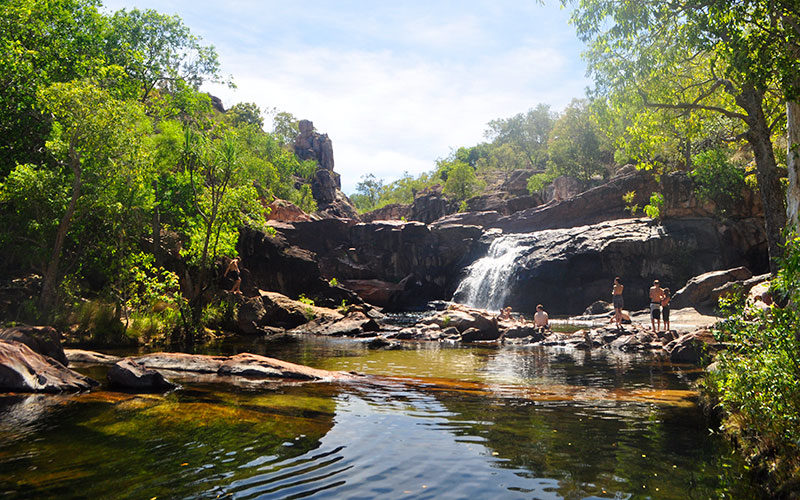 Tom Knell, product manager for Adventure Tours Australia’s Kakadu tours, says that the early access will last through most of May with the general public not allowed in until the roads have been graded and crocodile surveys have been completed.

Tom’s also pretty sure it’s going to be the best year ever for Gunlom Falls, telling us: “Our guides have told us they haven’t seen anything like this in 20 years.” There’s a lot of water flowing – and of course, the added bonus of sharing it with so few other people.

Gunlom Falls dries up after a few months, at which point Adventure Tours Australia will take travellers to Maguk Gorge, where the water flows later in the dry season.

Of course, even if you can’t make it before Gunlom Falls dries up, Kakadu has heaps of other attractions to offer. It’s Australia’s biggest national park and is a World Heritage Site for both its natural treasures (including the world’s biggest concentration of the mighty saltwater crocodile) and its thriving Aboriginal culture.

Tim is the managing editor of Intrepid blogs. He's lived on three islands, in ascending size order: Tristan da Cunha, the UK and Australia. He will travel anywhere as long as there is a charismatic animal, a volcano or a beach, which means Galapagos is his ultimate ambition.