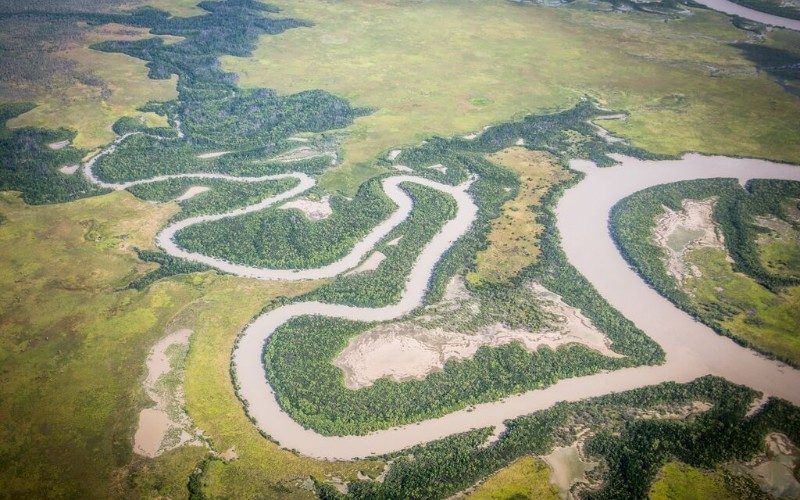 This article originally appeared on The Journal.

‘You can follow the ancient pathway,’ says Tyrone, the local Aboriginal guide who’s joined us for the afternoon. He’s taking us to a secret rock art site in Arnhem Land, Northern Territory, Australia.

It’s day one of Adventure Tours Australia five-day Top End & Arnhem Land Adventure. Having come straight from winter in Victoria, I’m feeling the heat but am glad for the sun.

READ MORE: AUSTRALIA FOR ALL SEASONS

We walk uphill, toward a big sandstone cluster, something between an escarpment and a ‘rock formation’. Its shady nooks look inviting from out here in the open sun. The country here feels sparse and remote, even compared to where we were this morning – the East Alligator River in Kakadu National Park. 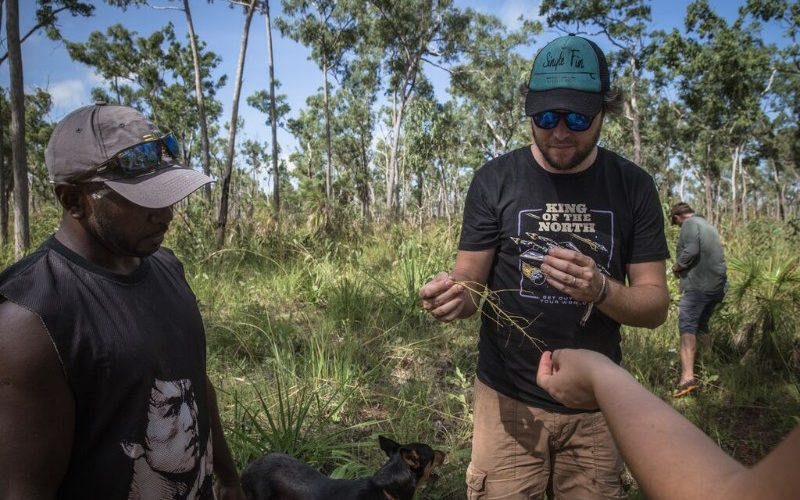 Someone behind me asks Tyrone what he means by ‘ancient pathway’. I turn around to catch the answer, expecting something esoteric – maybe a bend in the ridge, a spot on the horizon, some subtle change in the landscape only locals know about. But Tyrone points to a loose track made from two parallel lines of rocks, clearly put there by hand. ‘People can use it to find their way home.’

How ancient is this pathway? I can’t help but wonder. The rocks seem big enough to withstand a storm, but the track looks so impermanent, like it could have been made last week or thousands of years ago. But Tyrone’s absolute lack of irony suggests the latter.

On approach to Mawurndaddja, there are no other travellers around besides us. This, explains our leader Rick, is because local elders have only recently authorised outside access to the site. Not only do relatively few people know about this spot, but Adventure Tours Australia local guides and their groups are the only ones to have been granted access.

So no outsiders have ever, ever seen this place until now? I have to get this straight. ‘Correct,’ confirms Rick. ‘Not until a few weeks ago.’

We come to a shady alcove enclosed by huge rocks, the walls of which display ancient art. Concave scoops in hunks of stone show where pigments were crushed and mixed. Rick explains the site’s history as an ancient community space, but it’s hard to concentrate – not because of the heat, but because of the atmosphere. There’s an old, old presence here – or, at the very least, an energy that makes it easy to imagine one.

Tyrone’s been coming to Mawurndaddja for years. ‘I live in a community just behind there,’ he explains, pointing to a ridge not too far away, a couple of kilometres across the plain. ‘This is a special place for us.’ He graciously answers questions from the group, who seem to have sprung to life. 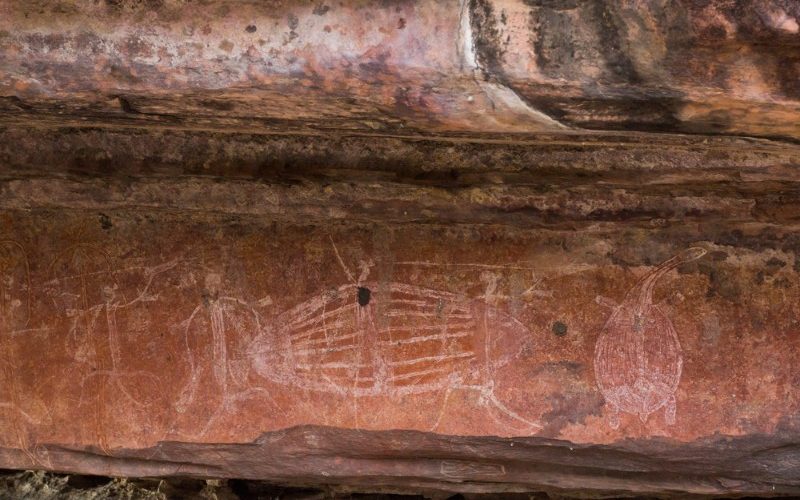 On the rock walls are depictions of fish, scenes of daily life, stories and legends, revered spirits. Some are obscured, others are multi-layered. Artworks are sometimes partially painted over, Rick says. Some pieces are vibrantly coloured, and some depict stories that seemed charged with emotion and drama.

What’s really mind-boggling is how old this art is. ‘Initially, in the late sixties and early seventies,’ Rick explains, ‘[scientists] felt very confident to say that people had been coming here for at least 20,000 years. They were also able to date paintings right up to the present day, which showed a continuous association with the area. But they felt at the time they were underestimating things. They were confident to say at least 20,000, but thought it could be even double that.

‘It’s only since they’ve come back with new technology – they also did independent tests at the Nourlangie rock art site [in Kakadu National Park] – and both came up with figures somewhere between 60 and 65,000 years. So they were very right when they said they felt it was much longer. They said double, but it was more like triple what it could be.’

Months later, as the dry season draws to a close, Rick tells me over the phone what a highlight Mawurndaddja has been for him. ‘I’ve been coming out here for twenty years, and it’s only been this year that I’ve been going to that particular site, and I still stand there in awe. I still get a real spiritual feeling whenever I’m out there. It’s just as special to me now as it was the first day I went out.’

Tyrone’s not around for a chat, but Rick assures me he too is enthusiastic as ever about showing people this spot. ‘He came with me on this trip I’m on now. As we’re getting closer and closer to the site, he starts fidgeting in his seat, his hands get clenched, and a big smile comes on his face, he looks to where we’re going. You can really see the excitement in him. And he’s been going there since he was a little boy. That that really rubs off on the passengers.’

Ready to explore the wonders of the Top End? Check out our full range of small-group adventures now.