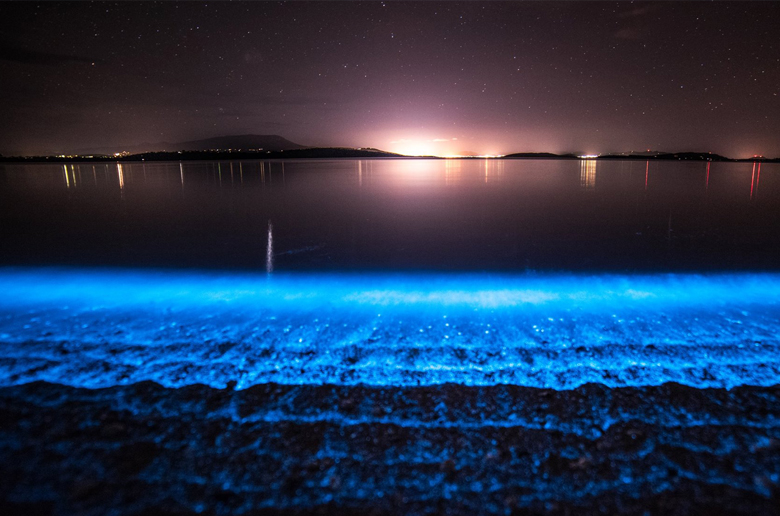 When Mother Nature wants to show off, she comes to Australia. This week, the shorelines along some of Southern Tasmania’s beaches were glowing neon blue. It’s all thanks to an incredible phenomenon known as bioluminescence. 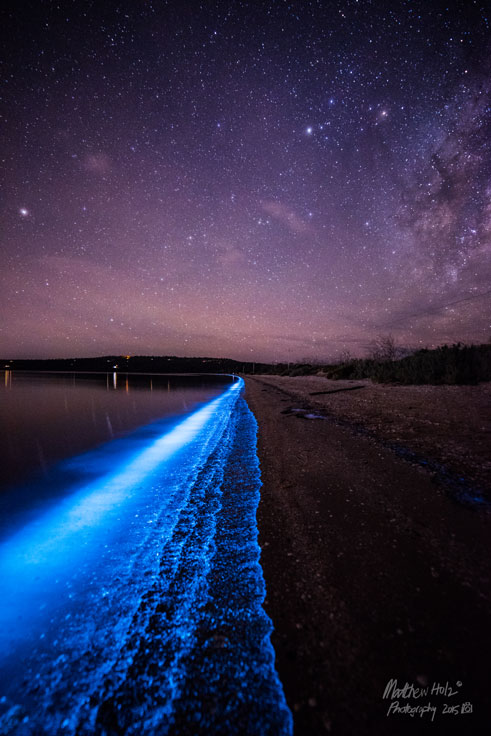 For those of you playing at home, this is where billions of tiny organisms (called dinoflagellates) group together and bloom under surface of the water. When the cells are disturbed (eg. by waving your hand through the water), they light up like Christmas. Nobody knows why it happens, but many of the country’s scientific-types are saying it’s the best display of bioluminescence they’ve ever seen. For the rest of us, it’s simply a chance to run along the shoreline and splash through the water to create our own private disco.

Big thanks to local Astrophotgrapher Matt Holz, who sent us these pics from Mortimer Bay and South Arm, about 40 minutes outside of Hobart. 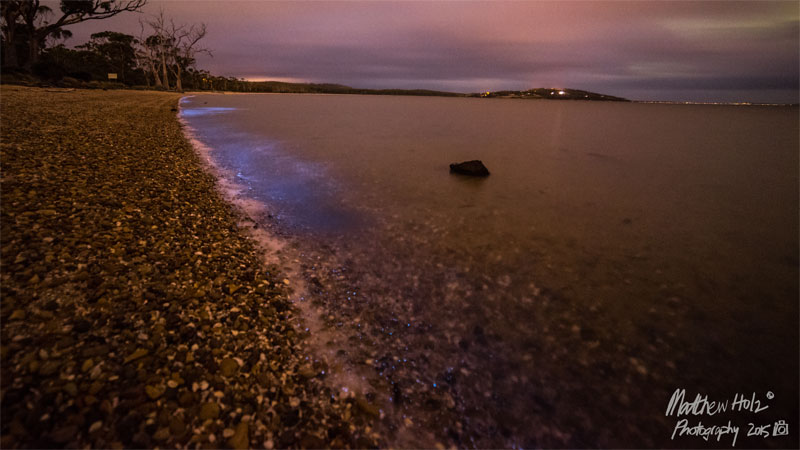 “The photos do not do the bioluminescence justice as to how graceful they are. It was almost like a scene out of the movie “Avatar”, he said. 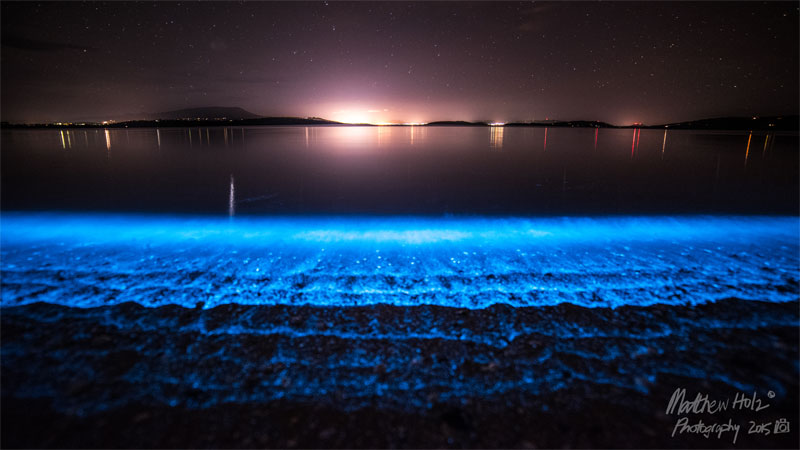 “The sand under your feet lit up as you took a step, the beach had a constant blue line running along it, its was magical.

“To top the night off we had a beautiful clear sky with a stunning Milky-way.” 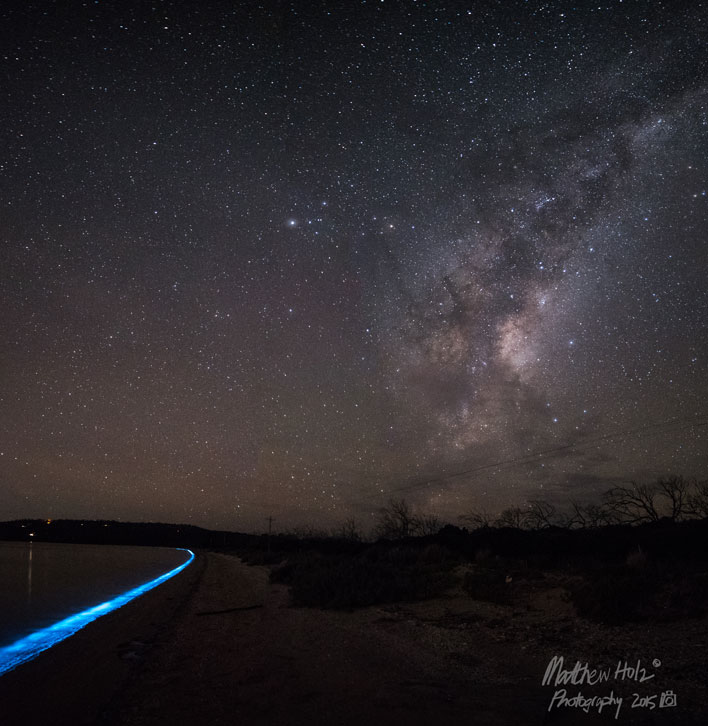 Head to Matt’s Facebook page for more of his incredible images.

If you’d like to visit Tasmania with us, take a look at the trips on offer.

I really like your article, it is really great 🙂 Thank you for the pictures too.
I also visited Tasmania and it was amazing !